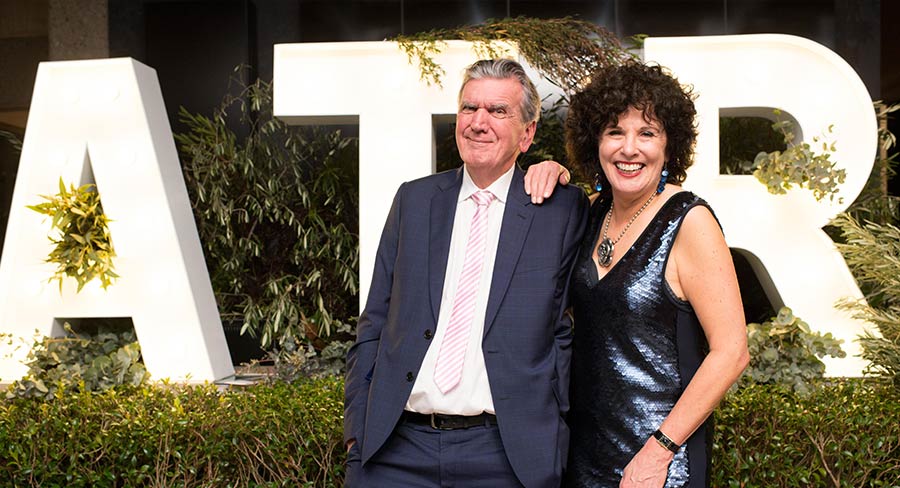 ‘This is a very different list to what you would get from restaurant critics.’

Last week Mediaweek reported on the fourth annual Australian Top 100 Restaurant list published by The Australian Financial Review. The event is run by the directors of Australia’s Top Restaurants, food writers and critics, Terry Durack and Jill Dupleix. However, the married foodies don’t vote – they oversee a panel of 500 of Australia’s top chefs who vote for their favourites.

Since the release of the chart, Mediaweek spoke with both Durack and Dupleix.

Durack said they have a good response rate from their massive dining database.

“Out of the 500 over the past two years we have had about 380 of them vote.” He also noted that list is strictly kept to 500. If one is added then one must drop off.

Dupleix: “The response initially is dreadful. Then Terry gets on the email and asks people who have yet to respond if they would mind voting before the end of the day. It works wonders.

“We used to live in dread that the #1 restaurant in Australia would be the Golden Century in Chinatown because we knew that is where all the Sydney chefs go at midnight to have a beer and an abalone congee.

“This is a very different list to what you would get from restaurant critics.”

Golden Century still manages to do well on the list though, sitting at #38 this year.

Dupleix admitted the restaurants are weighted to the east coast capitals and Sydney and Melbourne in particular. However, the other states are on the march, with South Australia adding eight new restaurants to the list.

“We have always called the chefs cockroaches because they are in and out of each other’s kitchens a lot. They know who is doing what and who is pushing things forward or who is losing the plot a bit.”

Durack: “These are interesting awards because these are chefs on chefs for chefs. Chefs love being with chefs. At the awards’ evening they had such a good time because they were with other chefs who they knew and respected and liked.”

Dupliex: “The fact that it is presented by The Australian Financial Review gives it a credibility. We also link it very strongly with the business of restaurants and all the editorial surrounding the awards looks at the different issues that affect the businesses.”

We asked the food writers whether it was more painful to get a bad review from the critics, or a poor ranking from their peers?

Dupleix: “Both would reflect fairly accurately what was actually happening.”

Durack: “They both hurt. We have a few guys who have slipped on our list quite a long way down. When they ask us what went wrong, we have to say, ‘We don’t know because we didn’t vote.’

“I’m not sure critics hold the same sort of sway that we used to because now everyone goes online. But back in the 1990s writing for The Sydney Morning Herald I was almost the only voice and it would really hurt if there was a bad review.” Dupleix: “Reviewing has changed. It is now more constructive. The reviewers aren’t out to promote themselves as used to happen a lot. Some of the critics in the past were more about selling newspapers. Now when we review a restaurant we are trying for find out what they are trying to do and how well they are doing it.”

Durack: “When we talk about reviewing in England [both Durack and Dupleix have spent time in the UK writing for British newspapers] they can say what they like. It can’t happen here because anyone who has tried that ends up getting sued. Our laws are very tough. That’s why the score here is important – you can’t be sued for giving someone 13 out of 20. However, if you say something nasty you will get into trouble. Say something nasty in England and you will become a hero.”

Dupleix told how they got into journalism. She and Durack were both working in Melbourne and both were advertising copywriters at separate firms.

“I was so incensed with The Age Good Food Guide one year I penned an angry but constructive letter. They published the letter and said if I wrote anything else to let them know. I had always wanted to be a journalist and hadn’t done the right subjects. We both started writing articles and then posting them off to our favourite magazines around the world.

“There were plenty of rejection slips, but slowly it started happening.”

Durack: “I stayed in advertising longer, but I was only doing three days a week – then the rest of the week I was writing for The Age and others. It all changed after we moved to Sydney in 1994.”

Both moved to London when Dupleix was offered the role of cooking editor of The Times. Durack subsequently wrote for The Independent where he stayed for nine years.

Dupleix: “It was very sweet. My position was called The Times cook. I was just the fourth Times cook since the role was created in 1955. It was such fun. We called it Jill and Terry’s big adventure.

Durack: “We thought we were going for just two years. When I arrived I didn’t have a job for six months, apart from writing articles for The Sydney Morning Herald and Gourmet Traveller. It was hard to get a job in London because all the restaurant critics had been in their roles for so long. None of them were about to give their job up. Fortunately I found a newspaper that had no restaurant critic and thought they might start one.”

Top photo: Terry Durack and Jill Dupleix at the awards