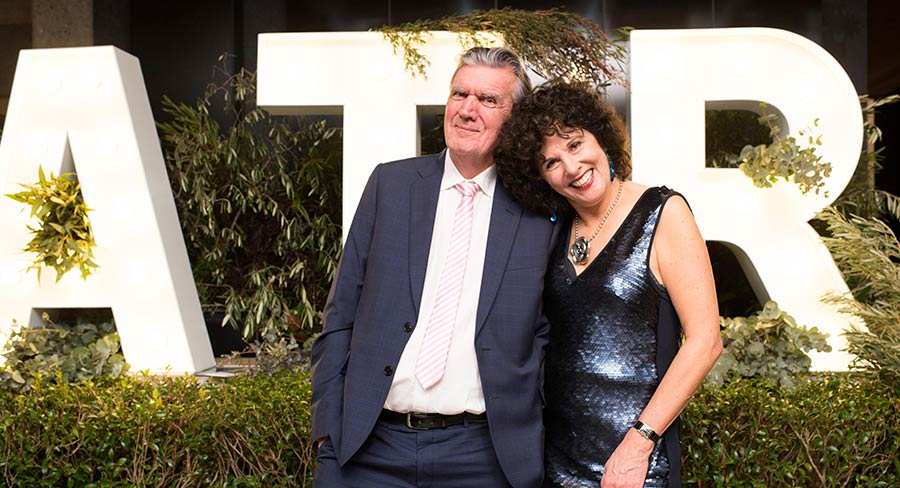 Now in its fourth year, the annual Australia’s Top Restaurant Awards presented by The Australian Financial Review were held at the Art Gallery of New South Wales on Monday night.

The event showcases Australia’s Top 100 Restaurants as chosen by Australia’s top chefs and restaurateurs from an overall list of 500 restaurants compiled by the Financial Review’s top critics and editors. The AFR calls it the ultimate chefs’ guide on where to eat from the country’s best fine dining restaurants and laneway bars to coastal getaways and hidden treasures.

“The Australian Financial Review writes about a lot of industries like mining, banking, retail, transport, but this event ensures dining has a special place for Australia’s premier business and financial publication,” said Stutchbury. “Financial Review’s readers are among the most engaged in Australia. Our readers form the core of your customers.”

He also detailed the amount of editorial coverage of the restaurant sector. Addressing a room full of Australia’s finest chefs, one of the directors of Australia’s Top Restaurants (ATR) Jill Dupleix noted: “Chefs are like cockroaches. They are always in and out of each other’s kitchens and they know what is going on – who is cutting it and who is losing the plot.

“Because the restaurants on the list are voted by the chefs themselves, it makes for a really dynamic, creative group of restaurants – very diverse.”

“The new top 10 are a hoot,” said Terry Durack, the other ATR director, “big nights out at Attica and Momofuku Seiobo mixing it with fun and fire at Africola in Adelaide, Ester in Chippendale and Embla in Melbourne.” Catering at the event was handled by Matt Moran’s Solotel group with plates from many of the group’s venues. The event was managed by Paul Kind’s Total Sport and Entertainment.

This year, one in five restaurants are new to the top 100 list. There has been a resurgence from Adelaide and South Australia’s wine-growing regions, and more from Tasmania than ever before, going from two to five

Notable restaurants new to the top 100 list include some young-gun chefs such as Cormac Bradley at Gauge in Brisbane, Oskar Rossi at Fico in Tasmania, Nick Stanton at Ramblr and Ben Sears and Eun Hee An at Paper Bird in Sydney.

Regional restaurants in the top 100 list increased from 14 in 2017 to 18 in 2018, highlighting the growing tourism potential of Australia’s top wine-growing regions. Oakridge Winery Restaurant in Victoria’s Yarra Valley, Pt Leo Estate in the Mornington Peninsula, The Salopian Inn in McLaren Vale, FermentAsian in the Barossa Valley, and Summertown Aristologist in the Adelaide Hills made the list, while in WA, Millbrook Winery Restaurant represents the Perth Hills and Yarri Restaurant + Bar in Dunsborough, the Margaret River region.

Currently closed for renovations, Quay has seen its ranking slide from #4 to #20 to #24 in three years. “Every now and then, a chef comes along with a vision and a passion that break through the ranks,” says Durack, “somebody very determined, very accomplished and very focused on doing one thing well. Josh Niland is the hero of scale-to-tail sustainable fish cookery, developing recipes for every single part of every fish that lands on his menu at Saint Peter, from liver to skin to cheek to collar to bones to scales. I think the entire industry is very proud of Josh and Julie and what they are doing at Saint Peter.”

Veteran chef and restaurateur Neil Perry handed out the Award for Top Newcomer to The Agrarian Kitchen Eatery, which opened in New Norfolk in June, 2017.

“To make the Top Restaurants list for the first time is always a thrill” said Perry. “To make it onto the list at number 32 in their first year is a remarkable achievement. The winner is a ground-breaker for Tasmanian regional dining, where Rodney Dunn, Séverine Demanet and chef Ali Currey-Voumard work a wood-fired oven and severely local produce to the max.”

Firedoor in Sydney took out the inaugural Rare Medium Award presented by the MLA, for setting new standards of excellence in red meat cookery.