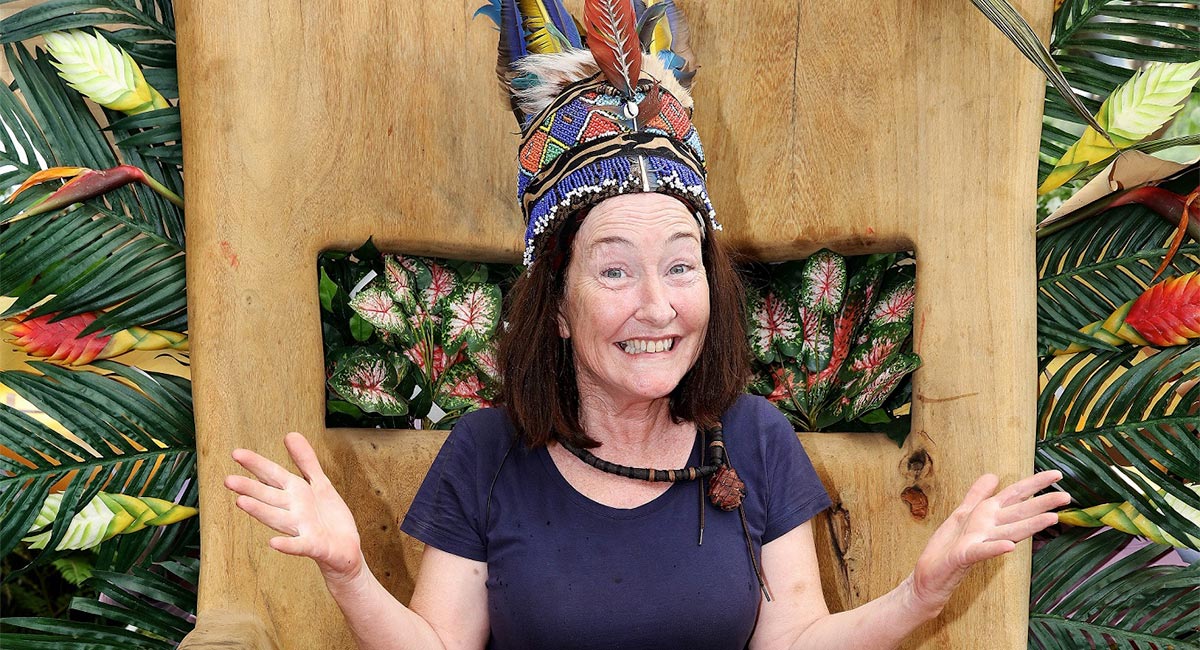 Australia has voted Fiona O’Loughlin as Queen of the Jungle in last night’s grand finale of Network Ten’s I’m A Celebrity…Get Me Out Of Here!.

Over the past six weeks, viewers have warmed to Fiona’s honesty and humour. The camp mates were brought to tears on many occasions when Fiona opened up about her struggle with alcohol and recent carbon monoxide poisoning. After overcoming so much, nothing could faze Fiona in the jungle and she proved to be a cherished member of camp.

Fiona formed strong friendships with all of the celebrities, in particular Peter Rowsthorn, who became her on-screen husband through their alter egos Ron and Brenda. Playing the role of a married couple, Ron and Brenda added much-needed laughter and entertainment to camp.

During her time in the jungle, Fiona took part in 12 Tucker Trials. She skydived out of a plane on the opening night, leapt from a hot air balloon in the trial Hot Swingers and ate a number of animal body parts and critters in various eating challenges.

On Valentine’s Day, Fiona learnt she will be a grandmother when she received a letter from her daughter Tess. She had an emotional reunion with her sister Cate and son Albert when they surprised her in camp.

Shannon participated in 13 trials and was a team player from the start, always supporting his fellow celebrities and helping them conquer their fears.

During his time in the jungle, Danny took part in 12 trials and proved himself to be an extremely strong, focused and determined member of camp. He encouraged his fellow peers and grew close to Peter, Josh, Shannon, and Paul Burrell, who Danny taught to swim and box.