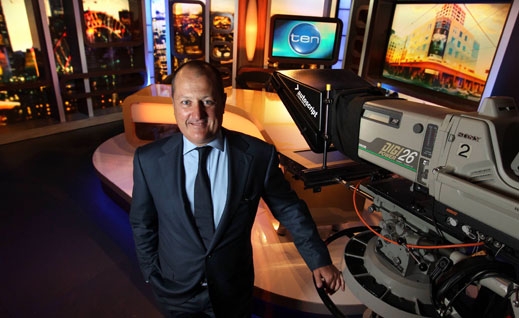 An unprecedented agreement between Australian free-to-air and subscription television broadcasters has been officially announced, with the formation of a new independent industry research and marketing group Think TV.

For the first time the two television sectors will align under a new industry body to promote television’s scale and effectiveness for advertisers across all screens.

Think TV, will lead a collective effort from television broadcasters to demonstrate how television advertising in broadcast quality content environments remains profoundly effective and the clear leader among all media channels in terms of advertising impact and return-on- investment.

Think TV will also spearhead innovative research programs that will underpin the effectiveness of broadcast television for advertisers across linear and digital channels.

“Think TV is without doubt the most potent and collaborative initiative that television broadcasters have developed in 20 years,” said Think TV’s inaugural Chairman, Russel Howcroft (pictured).

“Much industry debate follows the ‘ping pong’ shifts in digital media with many assumptions then linked to television’s impending doom, assumptions which are fundamentally flawed. There is an urgent need to clarify for advertisers conflicting and confusing digital measurement claims and misinformation about the impact of advertising in many digital channels,” he said. “It’s hardly new news but advertising in broadcast viewing environments – linear and digital television – remains amazingly resilient, effective and brand safe. Television is not going anywhere, it’s broadcasting everywhere.”

Think TV’s marketing and research programs will bring a material contribution to advertisers striving to build robust and real ROI-based approaches to their media planning.

“It’s incredibly cluttered out there for people and advertisers,” Howcroft said. “But television, contrary to popular commentary, remains unrivalled when you look at the amount of time people choose to spend with any content on any screen. Broadcast quality content is also a proven advertiser-friendly environment, which will increasingly become a rare concept.”

An international search has commenced for Think TV’s chief executive officer, who will drive the new group’s agenda. An appointment is expected in June.

• Think TV’s inaugural Board of Directors:

• Free TV Australia will remain the lobbying and policy development body of free-to-air broadcasters, as will ASTRA for subscription television. Freeview remains a separate consumer marketing arm of the free-to-air industry.

• Expansion of Think TV’s industry stakeholders is made through Associate Membership if they are an established, advertising-funded free-to-air or subscription television service provider but not exclusively in IPTV or SVOD.