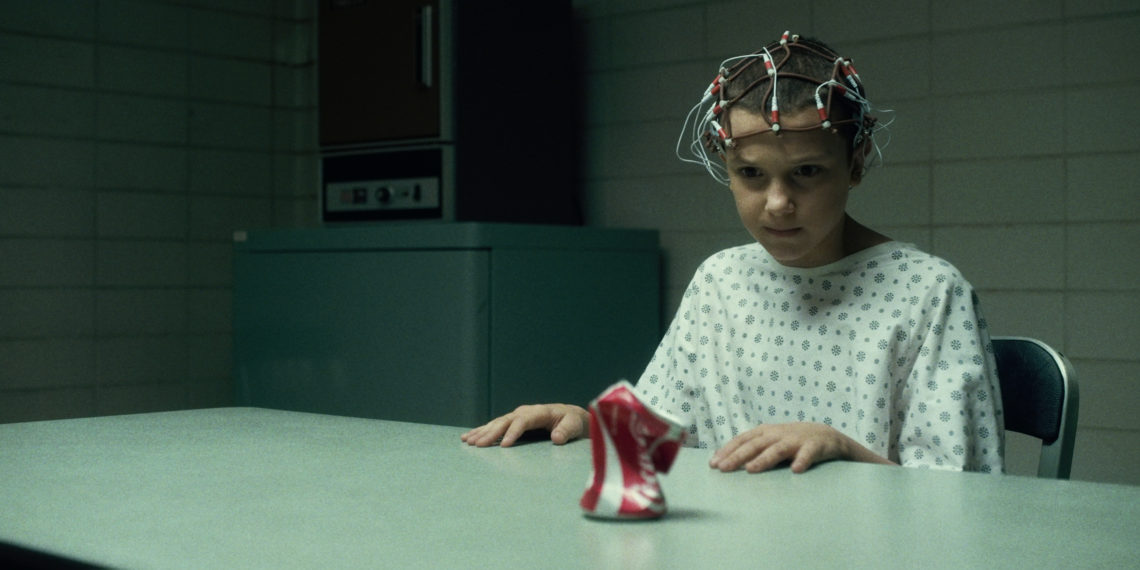 In an exclusive conversation with Mediaweek, Netflix content chief Ted Sarandos explained what makes Netflix content work and reveals his own history with binge viewing.

Netflix has been a transformative company for television viewers and the industry alike, with 2016 a pivotal year in realising the potential of the streaming network. This past year has seen Netflix shift from a digital company operating in a number of key countries to flicking the switch in January to become a truly global network with a reach of over 190 countries.

Each month, Netflix has continued to add to its library of original productions with new and returning TV shows, documentaries, stand-up comedy specials, and feature films. While not all have been critical darlings, Netflix has had a solid strike rate with series like House of Cards, Orange Is The New Black, Jessica Jones, Bojack Horseman, and Master of None. Later this year it launches its most ambitious series to date, the 60-hour bio-drama The Crown which charts the life of Queen Elizabeth II.

“My favourite movies are The Godfather, Lost In America, Citizen Kane and Blazing Saddles.” – Sarandos

Talking to Mediaweek, chief content officer for Netflix Ted Sarandos was adamant that while the reach of Netflix has increased, the SVOD giant’s approach to commissioning and developing series adheres to the same formula: producing series with well-crafted characters that viewers want to spend time with, in worlds that viewers want to spend time in.

Going global, Sarandos said, just confirms that they are on the right path. “We’ve become quite known for allowing creative freedom…and it has proven to be the right course.”

The diversity of Netflix productions has been a hallmark of its original content, which may be a factor in the ability of its shows to travel internationally. With show creators of different nationalities, genders, and sexualities, the network has been able to connect with viewers seeking TV shows that offer representation that is different from what is often broadcast on mainstream television.

Sarandos attributes the critical and industry success to its approach to working with creatives: “We’ve become quite known for allowing creative freedom with our show runners, storytellers and filmmakers and it has proven to be the right course. A singular voice is better for the art both for film and television. The more the end product reflects the creator or the writer or the director, and the less it reflects executive oversight, the better product you seem to get out of it. I think that model has worked well for us in terms of choosing and executing.”

“I have a hard time thinking about the ‘Golden Age of Television’ when very few shows are as good as the shows that were being made in the 60s and 70s.”

The singular vision and availability of the content, Sarandos notes, has in turn impacted on the way viewers are consuming Netflix shows. While the phrase “binge-viewing” is often bandied about, Sarandos frames viewers’ consumption in a different manner:

“People get into a show, they fall in love with a show and it becomes part of their routine and in many cases it becomes all-consuming. They don’t watch another show until they finish every episode of whatever they are watching and that is a really new behavior for television. Normally you would have a Wednesday show and a Friday show but people are opting into watching three years of Orange Is The New Black because they can.”

In one respect, Netflix productions is reflective of another shift in Hollywood. They’re overrun with Aussies. 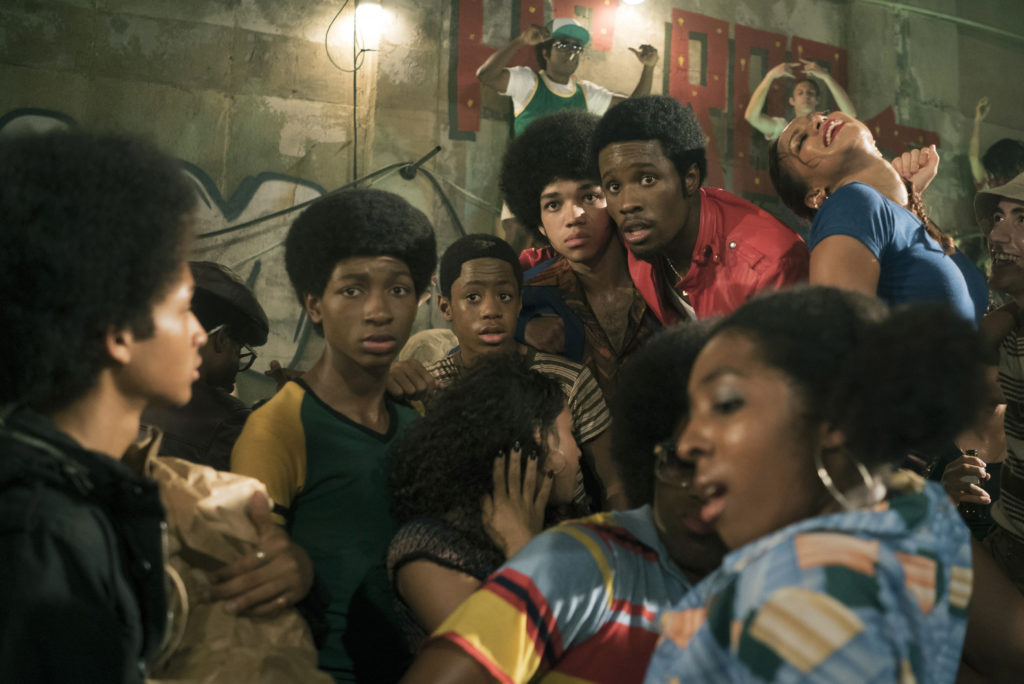 Not only are Australians appearing on camera in a number of Netflix productions, with Ben Mendelsohn in Bloodline, Claudia O’ Doherty in Love, Ruby Rose in Orange is The New Black, Robert Taylor in the lead of Longmire, and Rachael Taylor in Jessica Jones, but this past week saw the launch of The Get Down from iconic Australian filmmaker Baz Luhrmann.

His series is set in New York in 1977 and explores the birth of rap and hip-hop music through the viewpoint of a group of African-American and Puerto-Rican teenagers.

While the show is distinctively Baz, the subject matter is not what one would immediately expect from an Australian filmmaker.

The distinctive style of Luhrmann, however, fits in with Sarandos’ vision for Netflix and the sort of talent he is looking to attract.

Baz Luhrmann, Sarandos explained, is “a brilliant visual storyteller who has taken the medium to a new place with his films. The idea that he could then transport that to television, a place he has never worked before, with the creative freedom that we could afford him… it was a bet that he would do something really amazing. And we believe he has.”

A safer bet for Netflix is the continued nostalgia plays that the streamer engages in. Sarandos and his team have brought back a number of cancelled TV series, bringing established series like Longmire and The Killing to the service, while reviving long-dormant series like Arrested Development, Gilmore Girls, and Fuller House. He rejects the idea that these shows can survive on nostalgia alone.

“They have to be credible on their own. I think Fuller House is a good example of that. Yes, there is a nostalgic component to the show but it works because it speaks to a current generation as well. Arrested Development is the same thing in that it had to appeal to a specific fan base but we didn’t just rely on the old machine, it was reworked for the on-demand audience. Gilmore Girls will be a revisit that people will love, but honestly people haven’t stopped watching Gilmore Girls. That’s what’s really cool about this. People will refer to them as a reboot but because of Netflix, the nightly behaviour of watching these shows has never really stopped.”

“One of the things I am really proud of at Netflix is that we work with some of the greatest and most accomplished film makers and show runners but it’s really rewarding when you find a new voice. This year we have the creators of Stranger Things, the Duffer Brothers, who have made one film and are mostly unknown to the world – this is their coming out. Stranger Things is a really young adult, suspenseful thriller set in the 80s and feels very much like great movies of the 80s like The Goonies but with a very modern horror twist. I think it has an edge-of-your-seat cliffhanger excitement that people will devour.”

“When I was about 10 years old, Mary Hartman. Mary Hartman was on every day in the afternoon, but they knew people couldn’t watch it, so on Sunday nights they would show all five episodes starting at 10.30, and my parents let us stay up and we would watch five episodes – or two and a half hours of Mary Hartman, Mary Hartman. It was the first time I ever watched anything like that.”

“My favourite movies are The Godfather, Lost In America, Citizen Kane and Blazing Saddles. My favourite all-time TV: I am a big lover of 70s and 80s TV, and even earlier.

“For me, I love All in the Family – it was a life-changing TV show. I grew up on things on Happy Days and Laverne & Shirley but also late night TV like The Dick Van Dyke Show.

“I have a hard time thinking about the ‘Golden Age of Television’ when very few shows are as good as the shows that were being made in the 60s and 70s.”