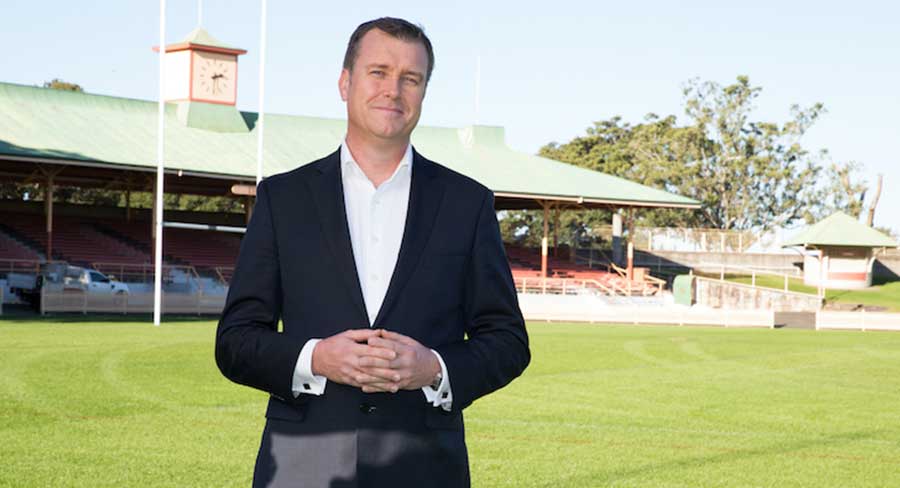 Andrew Voss has been announced as the breakfast host at broadcaster SEN’s new radio station 1170 SEN when it roars to life later this year. Most likely by early October.

“If it’s happening in sport here or around the world, 1170 SEN Sydney will take you there – with live coverage of NRL, State of Origin, Test cricket, Big Bash, A-League, AFL and racing – alongside, news, opinion and debate from the country’s biggest names in sport.

“We are honoured and thrilled that Vossy will lead the charge when we launch.  He has built a truly special connection with Sydney audiences not only as the man voted the most popular rugby league caller in the country, but as one of sport’s great all-rounders including his coverage of both Summer and Winter Olympic Games, Commonwealth Games, World Cups and championships as well as an array of sports from surfboat racing, to touch football, to triathlons and even bull riding,” Hutchison said.

“He’ll have an opinion and drive a contemporary sports-led breakfast show.”

Fox League’s Voss said he was excited to be joining 1170 SEN Sydney.

“I’ve always loved radio from the moment I started my career in the media way back in 1987, so the opportunity to get back into it and create something unique was really appealing.  The show is going to be a bit like reading the paper from back to front – there will be plenty of sport, but we’ll also cover what’s making news.  I can’t wait to chat to listeners and take Sydney’s sporting-pulse each weekday morning,” Voss said.

“As someone who likes his poker, I’ll put it this way, we’ll be pushing our chips all-in to make a great breakfast show like no other in the market.”

Voss was last heard regularly on Sydney radio as the sports reporter on 2UE Sydney breakfast hosted by John Stanley and Garry Linnell.

Voss will also be heard for breakfast on SEN’s new racing station SENTrack in Sydney on 1539AM and DAB+ which launches this Saturday 22 August and also be heard on SENTrack Wollongong 1575 AM and Gosford 801 AM.

Popular rugby league personalities Joel Caine and Jimmy Smith will continue to host the breakfast show on SENTrack until Voss joins, with the boys to then take on other roles with the station.