More than half the entries in the top 50 for week 45 were for non-sport shows and Lifestyle channel’s Gogglebox Australia was the clear leader at #1. There were three other shows charting from Lifestyle channels.

TVH!TS had six entries for NCIS and two channels had four each – FOX8 had three listings for Family Guy and one for The Simpsons while Love It Or List It Australia, Grand Designs and The Great British Bake Off all scored for Lifestyle channels.

Among the charting sports shows, the main sports represented were football, motorsport and horse racing – the race that stops the nation, the Melbourne Cup, came in at #49 for Sky Racing. 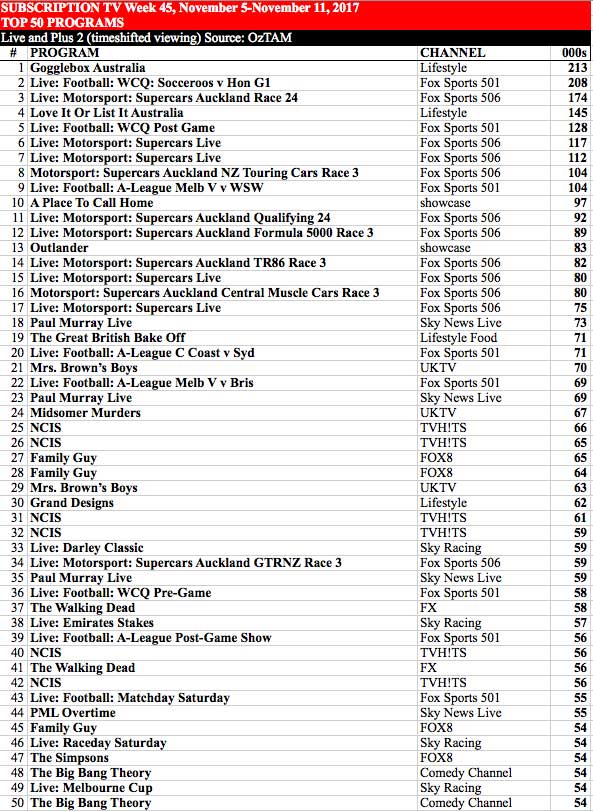