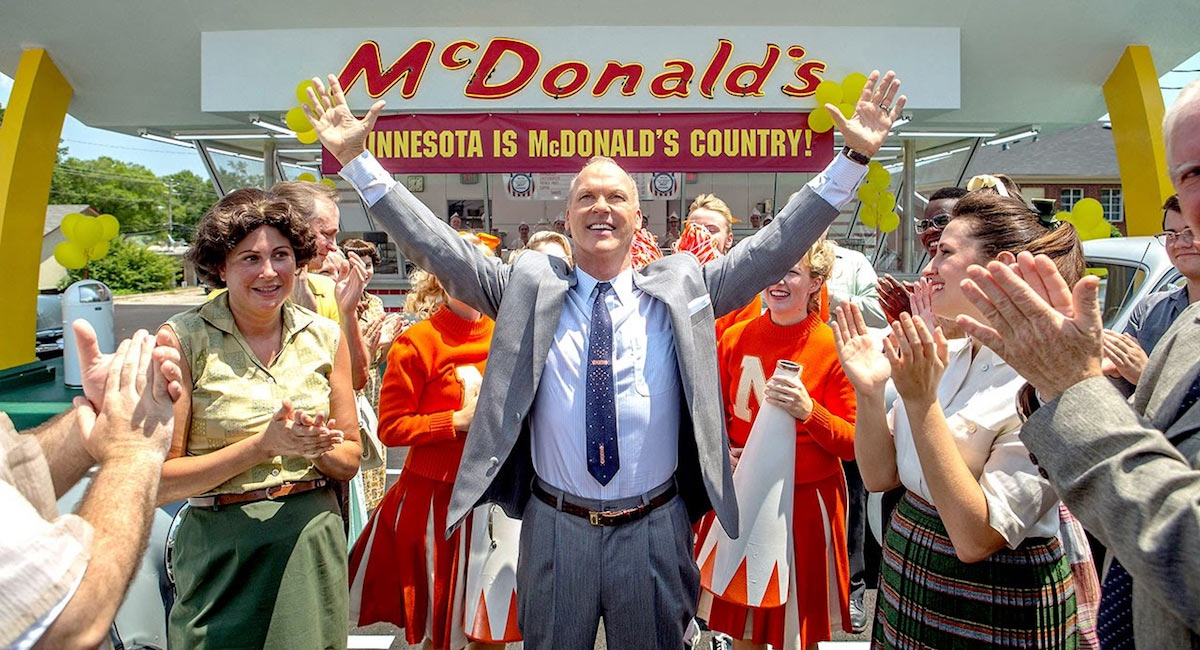 The Founder was released in the US by The Weinstein Company

The changing seasons have brought a big change to the subscription TV chart in week 41. Sports shows occupy less than half the chart – 20 out of the top 50 positions. Fox Sports channels had 17 shows and the other three were on Sky Racing.

FOX8 had 11 of the non-sport listings – all animated comedies except for two live-action superhero shows, The Flash and Supergirl. TVH!TS scored with NCIS – four listings – and Lifestyle channels also had four, including the highest-rating non-sports show Gogglebox Australia at #6. The showcase channel had the latest episode of Outlander plus two episodes of A Place To Call Home screening back to back on the Sunday evening. 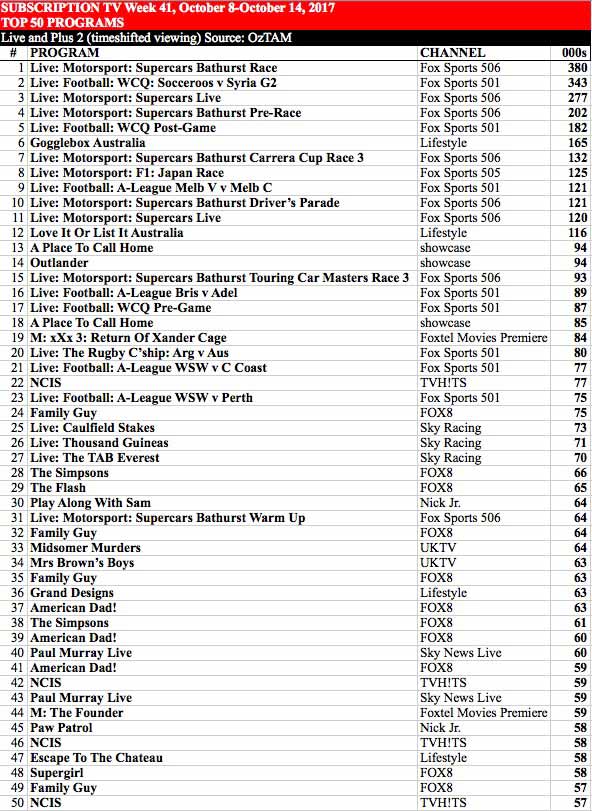