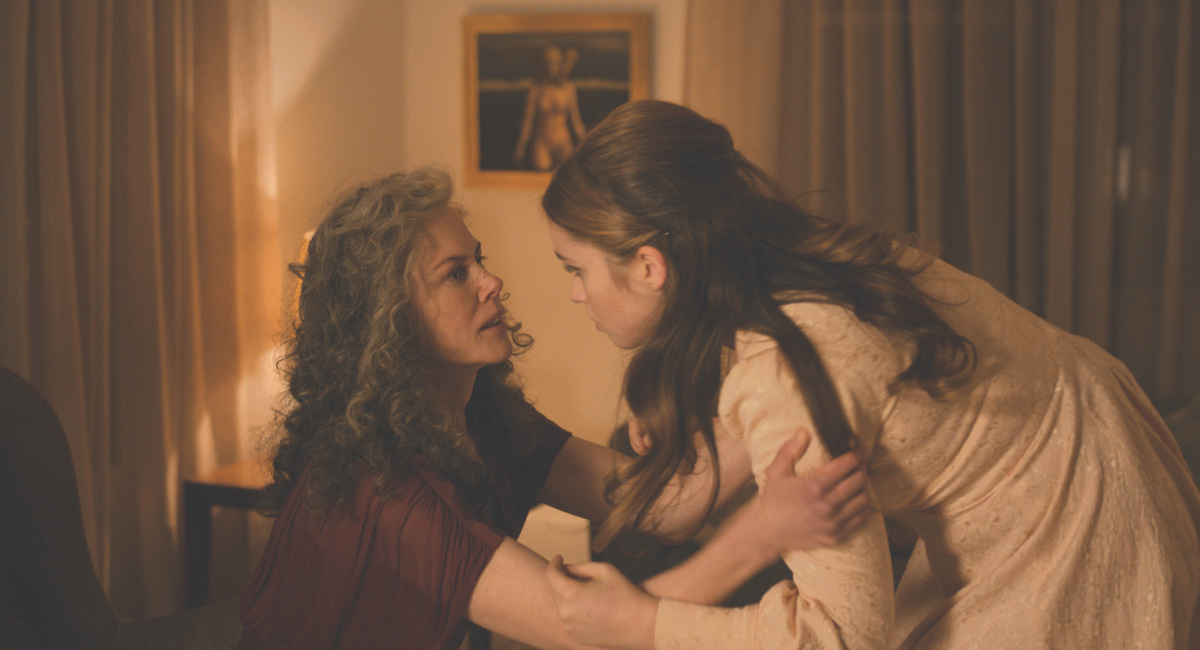 Top of the Lake: China Girl replaced Taboo as BBC First’s top-rating show in week 34. The first episode of See-Saw Films’ seven-episode sequel to Top Of The Lake premiered on the Sunday night.

Once again Game Of Thrones topped the chart. The second-last episode of season 7 appears on our chart with three entries, two of them catch-up repeats after the initial Monday 11am screening fast-tracked from HBO in the US.

Also among the eight non-sport entries of the chart was the premiere of the Ben Affleck movie The Accountant on Foxtel Movies Premiere channel. 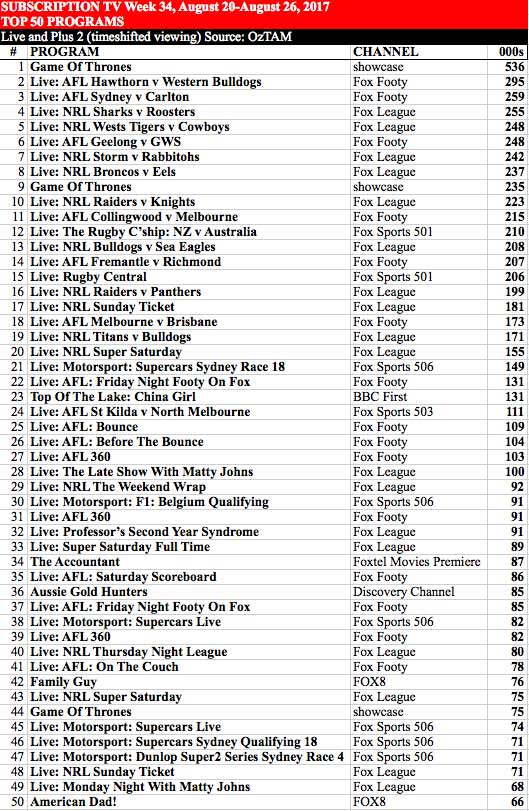