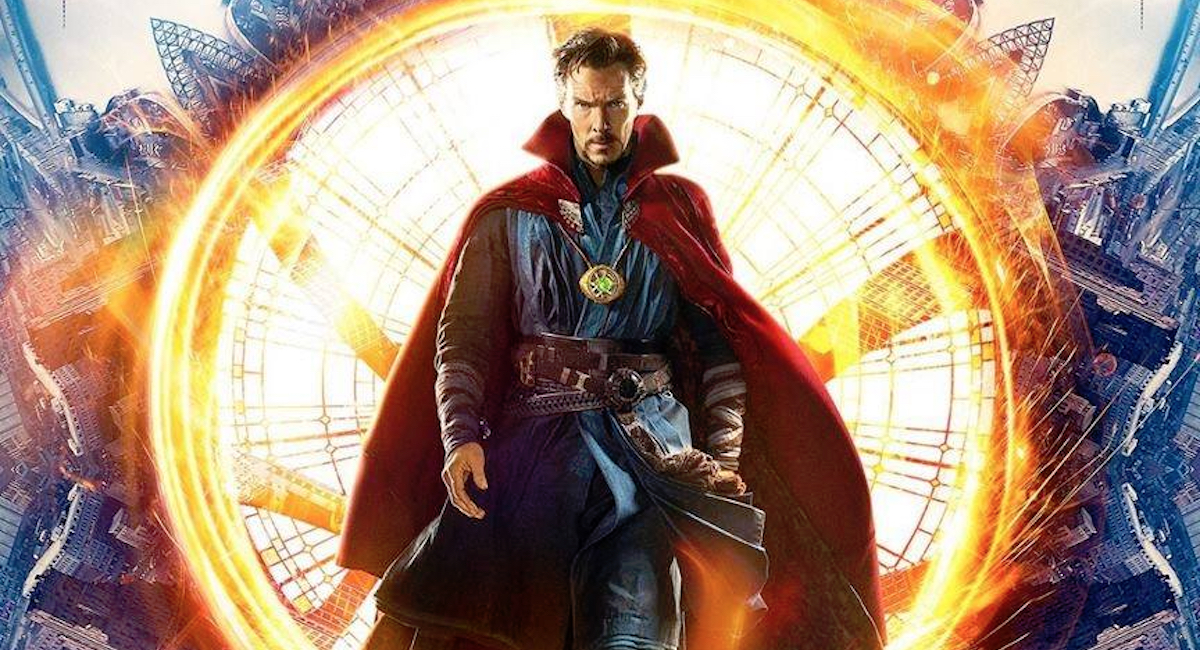 The most-viewed non-sport show in week 32 on Foxtel was once again Game Of Thrones, with three screenings of episode 4 of the seventh season making the top 50 chart.

The next most popular non-sport show was Discovery Channel’s Aussie Gold Hunters at #29, followed by the Disney/Marvel movie Doctor Strange on Foxtel Movies Premiere at #35. NCIS makes four appearances on the chart for TVH!TS, and Taboo on BBC First, Mrs Brown’s Boys on UKTV and The Big Bang Theory on Comedy Channel also appear. 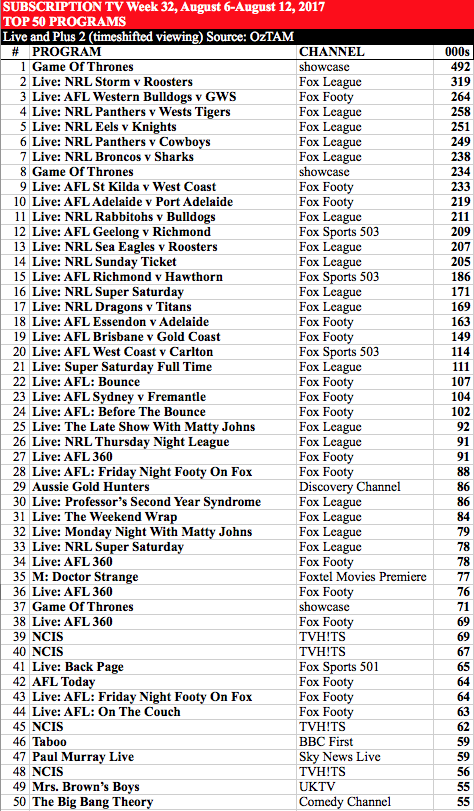