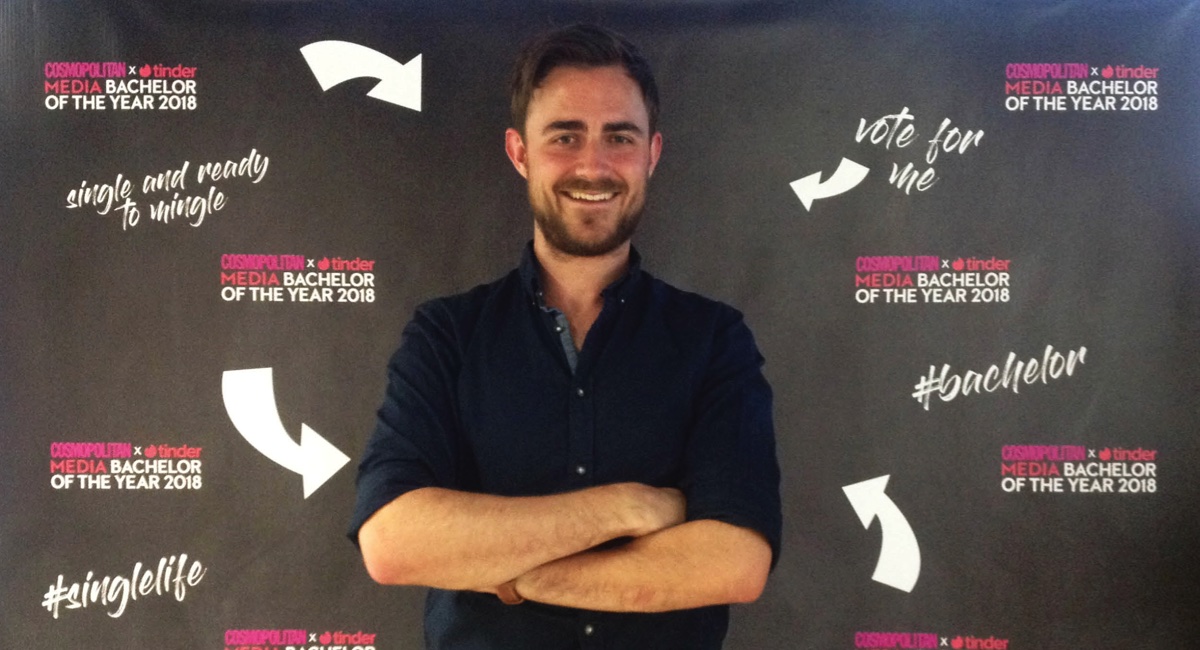 ‘Not only is Stephen good looking, he’s got a great sense of humour too’

Cosmopolitan has named Carat’s Stephen O’Shea as the 2018 Media Bachelor of the Year.

The coveted title means O’Shea – Carat Sydney’s Ecosystem Planning Manager – is the most eligible man working in media, marketing and advertising… at least according to the 2,500 people that voted online.

“Every year we’re on the hunt for a bachelor who’s making an impact in his area of the media industry… and looks good doing it. We had a great calibre of contestants this year but ultimately Stephen O’Shea was voted 2018’s most eligible media Bachelor,” she said.

“Not only is Stephen good looking, he’s got a great sense of humour too. The self-confessed Daniel Radcliffe lookalike is a big romantic, making him a perfect addition to our Top 30 bachelors.”

On being named winner, O’Shea said, “Well, to say I’m shocked is an understatement… A big thanks to everyone who voted for me, I’m incredibly humbled. I’m very much looking forward to meeting the rest of the Bachelor Top 30.