“I hope this movie is a Christmas present to all Australians after such a hard year.”

Summer in Australia is primetime for Nine’s streaming platform Stan as it releases it biggest Australian originals every December and January. The first summer treat Stan is dropping for viewers will be released on December 11 – the seasonal movie A Sunburnt Christmas.

Created and written by Elliot Vella, Gretel Vella and Timothy Walker, and directed by Christiaan Van Vuuren (Bondi Hipsters, The Other Guy), this very Australian comedy is not your typical cliché Christmas movie. A Sunburnt Christmas is a wild, hilarious and heartfelt story about a single mum and her kids doing it tough on their outback farm until a runaway criminal dressed as Santa Claus crashes into their property and their lives.

In the lead role as Daryl the kindly crim, Daniel Henshall (Snowtown, Bloom, Acute Misfortune) is mistaken for the real Santa by the young and fearless Daisy, played by new talent Lena Nankivell. Other newcomers Eaden McGuinness and Tatiana Goode take on the roles of Daisy’s older siblings, her anxious brother Tom and wily teenage sister Hazel who sees Daryl as an opportunity to get her family back on track.

Sullivan Stapleton (Animal Kingdom, Ride Like A Girl, 300: Rise of an Empire), also stars as Dingo, the mobster on the hunt for Daryl, with Ling Cooper Tang (The Secrets She Keeps, Stan Original Series The Gloaming) as the children’s mum rounding out the multi-generational cast of diverse characters.

“I hope this movie is a Christmas present to all Australians after such a hard year,” said director, Christiaan Van Vuuren. 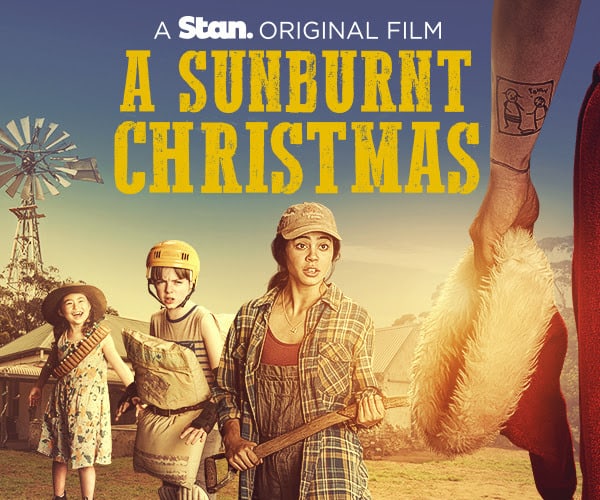