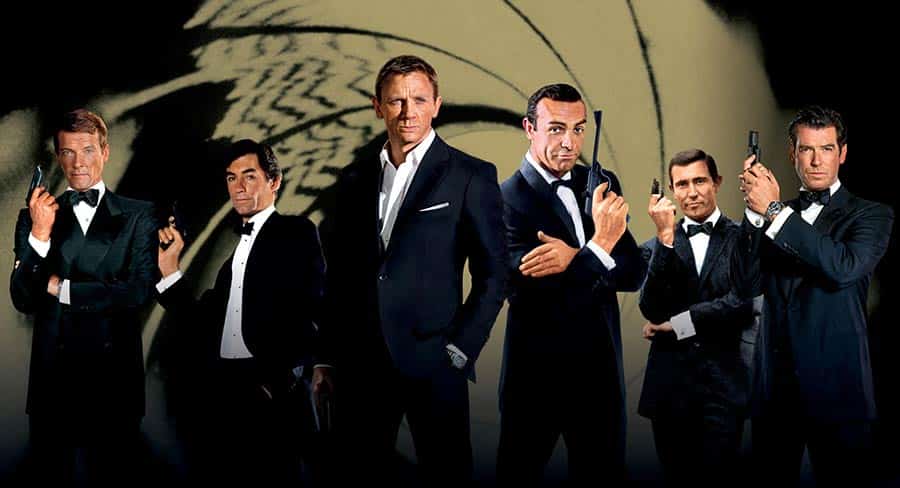 Stan has announced that, in an Australian first, it will be dropping a stellar lineup of the official 24 James Bond films from EON Productions and Metro Goldwyn Mayer Studios (MGM) plus one additional non-franchise movie that includes the secret agent Never Say Never Again (1983) starting this Boxing Day.

The collection of James Bond films will stream in 4K, the first time this has been available to Australian audiences.

EON Productions and MGM’s long-running James Bond franchise, based on the fictional British secret service agent created by writer Ian Fleming, is one of the highest-grossing film series ever.

The 24 official James Bond films featured on Stan are:

The first film in the series, James Bond (Sean Connery) battles the mysterious Dr. No, a scientific genius bent on destroying the US Space Program. He meets the beautiful Honey Ryder (Ursula Andress) in Jamaica and confronts the megalomaniac in his evil island lair.

Agent 007 is back and travels to Nassau to track down SPECTRE Agent No. 2, Emilio Largo, who has hijacked two atomic bombs and is threatening to plunge the world into a nuclear holocaust.

James Bond (Sean Connery) is sent to Japan to team up with their Secret Service to help stop SPECTRE’s Blofeld from starting a third world war by setting America and Russia against each other by kidnapping their space crafts.

A fortune in stolen diamonds thrusts James Bond (Sean Connery) into action in this thrilling adventure. Agent 007 teams up with the beautiful Tiffany Case (Jill St John) to prevent his nemesis Blofeld (Charles Gray) from using the diamonds in a deadly laser satellite.

Roger Moore’s debut as James Bond depicts the secret agent in pursuit of a voodoo-worshipping underworld drug czar who leads him from Harlem to New Orleans to the exotic Caribbean. Jane Seymour, Yaphet Kotto and Geoffrey Holder also star.

In an effort to retrieve a device that could relieve the world energy crisis, 007 (Roger Moore) is lured into a deadly game of cat-and-mouse with a million-dollar killer Scaramanga (Christopher Lee). Britt Ekland and Maud Adams co-star.

James Bond (Roger Moore) teams up with a beautiful Soviet agent (Barbara Bach) to battle Stromberg (Curt Jurgens) in order to save the world from total annihilation and a 315-pound villain, “Jaws” (Richard Kiel).

James Bond (Roger Moore) is sent into orbit to protect Britain and the world from the villainous Drax (Michael Lonsdale). The adventure takes him from Venice to Rio de Janeiro and to outer space. Lois Chiles also stars as Dr. Holly Goodhead.

Agent 007 (Roger Moore) in a plot that finds him infiltrating the Greek underworld to find a stolen device capable of controlling a fleet of nuclear submarines. Carole Bouquet also stars as Melina Havelock.

James Bond (Roger Moore) is lured to the Indian palace of Octopussy (Maud Adams) where he learns of a plot by power crazed Russian General Orlov (Steven Berkoff) to detonate a nuclear bomb on a US military base in Berlin. Louis Jourdan also stars.

When his good friend Felix Leiter is beaten and left for dead, James Bond (Timothy Dalton) sets out on a mission, against his organisation’s wishes, to track down the drug lord Franz Sanchez (Robert Davi) who tortured his friend. Carey Lowell and Benicio Del Toro also star.

From a dark cell in a North Korean prison to the beautiful beaches of Cuba to a frozen palace in Iceland, 007 (Pierce Brosnan) circles the world in his quest to unmask a traitor and prevent a war of catastrophic proportions. With Judi Dench as M and Halle Berry as Jinx.

James Bond (Daniel Craig) at the start of his career having just earned 00 status and his licence to kill, sets out on his first mission, to defeat Le Chiffre (Mads Mikkelsen), a private banker to terrorists, in a high stakes game of poker at Casino Royale, Montenegro. Also stars Judi Dench as M and Eva Green as Vesper Lynd.

Betrayed by the woman he loved, 007 (Daniel Craig) fights the urge to make his latest mission personal. As he gets closer to finding the man responsible for the betrayal of Vesper, 007 must keep one step ahead of the CIA, the terrorists and even M, to unravel villain, Dominic Greene’s (Mathieu Amalric) sinister plan and stop his organisation.

Bond’s (Daniel Craig) loyalty to M is tested as her past comes back to haunt her. As MI6 comes under attack, 007 must track down and destroy the threat, no matter the cost. Also starring Javier Bardem, Judi Dench and Naomie Harris.

After receiving a cryptic message from his past, James Bond (Daniel Craig) sets out to uncover the terrible truth behind a sinister organisation called SPECTRE. Also starring Christoph Waltz as Blofeld and Naomie Harris returns as Moneypenny.

The additional non-franchise film featuring the James Bond character is:

Not produced by EON Productions, Sean Connery makes his last return to the role that made him famous. A SPECTRE agent has stolen two American nuclear warheads, and James Bond (Sean Connery) must find their targets before they are detonated. Edward Fox, Kim Basinger and Barbara Carrera also star.