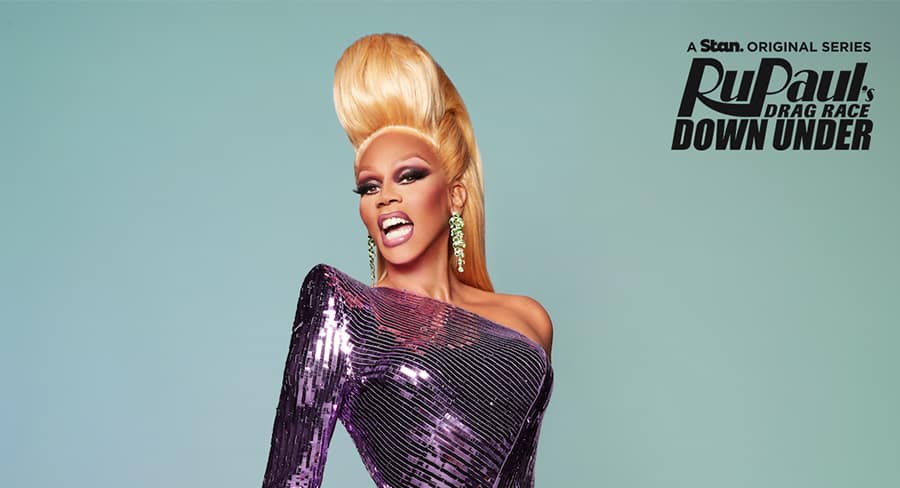 Stan has announced that it will be premiering the Stan Original Series RuPaul’s Drag Race Down Under queens at this year’s Sydney Gay and Lesbian Mardi Gras Parade.

The 8-part first ever local version of the global hit series will see the local drag queens compete to be the first Down Under Drag Race Superstar. The highly anticipated local version of the most awarded reality competition show in history will be hosted by RuPaul, with co-judge and Drag Race veteran Michelle Visage by his side.

The competitors of RuPaul’s Drag Race Down Under represent the diverse backgrounds and different styles of drag in Australia and New Zealand.  Stan Original Series will challenge the queens to put on their own unique spin when serving looks on the runway, competing in mini and maxi challenges, throwing shade and/or sharing heartfelt moments, and of course, doing whatever it takes to win the “lip-sync for your life” battles.

The Sydney Gay and Lesbian Mardi Gras remains one of the world’s largest and most-loved LGBTQI+ celebrations – and on parade night, Stan will reveal all of this season’s queens and will celebrate with the community by participating with its very own Drag Race float. In line with the show’s themes, Stan’s float spreads the message of love and being the best version of yourself. One of Ru’s most iconic sayings is “If you can’t love yourself, how in the hell are you gonna love somebody else?”

Stan’s Chief Content Officer, Nick Forward said: “Mardi Gras celebrates and captures the imagination of Australians, with its colourful explosion of pride and self-expression. We look forward to our partnership with Mardi Gras and being part of parade night to launch our local queens and celebrate with everyone.”

Mardi Gras CEO, Albert Kruger: “Drag Race is so much more than dips, glamour, and gags. Drag Race has been pioneering queer voices and providing a platform for queer stories in the mainstream for over 10 years. That sort of visibility goes so far in helping foster understanding and acceptance of LGBTQI+ people all over the world.

“We’re very excited to be helping announce the local queens at Mardi Gras, and showing the rest of the world the talent we have Down Under.”

As the home of RuPaul’s Drag Race in Australia, and now the home of Drag Race Down Under, Stan has built an extensive catalogue of LGBTQI+ programming over the past 6 years. On platform, Stan will continue to highlight some of its new and most popular LGBTQI+ themed shows and films, including the brand-new Australian film My First Summer, smash-hit series It’s A Sin, multiple Emmy award-winning series Will & Grace, the sequel to ground-breaking drama series The L Word Generation Q, Josh Thomas’s Everything’s Gonna Be Okay and critically acclaimed series Work In Progress and Vida.

The Stan Original Series RuPaul’s Drag Race Down Under will premiere in 2021, only on Stan.