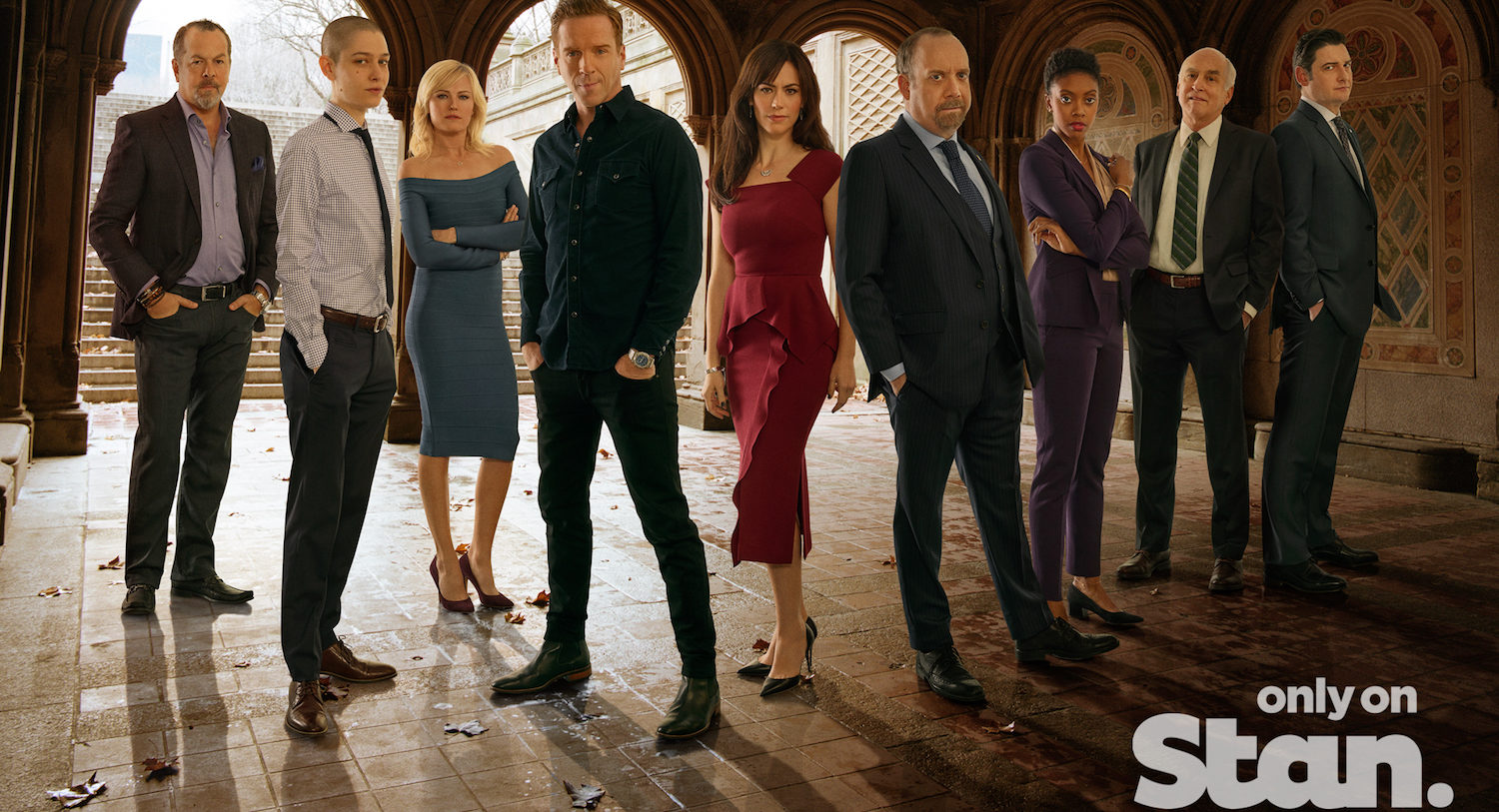 Stan has announced that the third season of the hit drama series Billions will premiere on Stan on Monday March 26, at the same time as the US.

Season three of Billions finds Chuck Rhoades (Giamatti) and Bobby Axelrod (Lewis) in a world that has shifted on its axis. Both men are still determined to destroy the other, but must also battle for their own survival amid new forces and powerful enemies.

Wendy Rhoades (Maggie Siff), Chuck’s wife and Axe’s performance coach, is all in for both of them, an uneasy and dangerous position for her, and one that ultimately puts her to a decision that could alter the direction of her life irrevocably.

Money, power, justice and revenge are all on the line for each of these characters as well as for the rest of the cast, including Malin Akerman, Toby Leonard Moore, David Costabile, Condola Rashad, Asia Kate Dillon and Jeffrey DeMunn.

Clancy Brown (The Shawshank Redemption) guest stars this season as Waylon “Jock” Jeffcoat, the new attorney general, who has a compelling portfolio of accomplishments, a wicked intellect and a serious interest in both Chuck and Bobby Axe.

Billions is created and executive produced by showrunners Brian Koppelman and David Levien. The series was also created by Andrew Ross Sorkin.