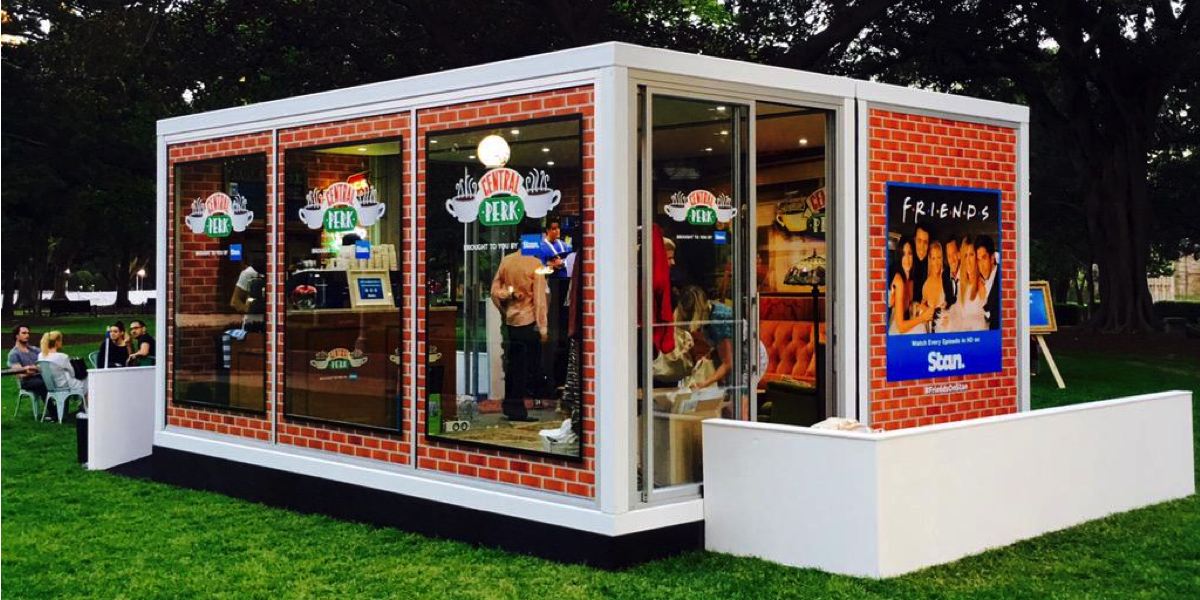 Stan this week has activated a pop-up coffee shop to promote the launch of American sitcom Friends to their streaming video service, serving free coffee to fans of the show.

Located in Sydney’s Hyde Park, the Central Perk coffee shop opened on Monday this week and will continue until October 18.

Despite Monday’s 36 degree heat, long queues were a constant presence throughout the day with fans eager to sit in the replica Central Perk coffee shop. Fans had been lining up since 4am.

Earlier this year, the US Netflix service began streaming Friends at a reported $500,000 per episode over its four-year deal.

While Stan won’t have spent that much money, no doubt they are hoping for similar results as Netflix achieved in streaming the long-cancelled sitcom. Along with existing fans of the show, Friends has reached an entirely new young audience who are discovering the show for the first time. The cultural renaissance of Friends was made clear with superstar Taylor Swift recently inviting series star Lisa Kudrow on stage at a recent concert.