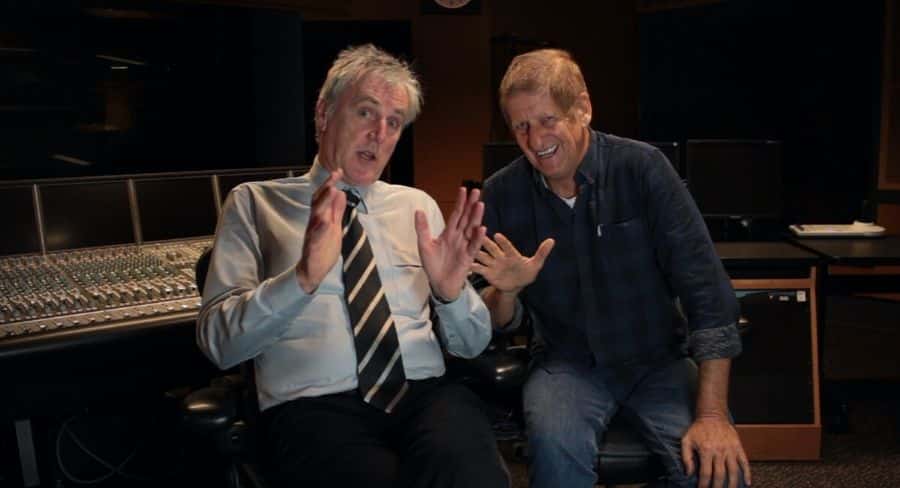 When too much sport is barely enough, the ABC has announced that Rampaging Roy Slaven (John Doyle) and H.G. Nelson (Greig Pickhaver) will be on the radio just in time for the footy season, to present Bludging on the Blindside.

It is another career twist for the sporting media legends who have rarely been off air since their career as a duo on triple j over 30 years ago. Their media journey has taken them to most TV and radio networks.

Kicking off this Saturday, Roy & H.G. return to the place where it all began, albeit four floors below triple j, to their spiritual home on ABC Radio.

Bludging on the Blindside with Roy & H.G. will dissect the sporting world, blow the cover off the big issues and give you all the knowledge you need to sound like a sporting aficionado at your weekend BBQ.

“With the world spinning out of control, blighted by climate change, economic train wrecks, incompetent governance, pestilence, species extinctions and intolerance, it’s a great opportunity for H.G. and myself to steady the ship by applying the slide rule of common sense to the simple passion that unites the world – our respect and love for the healing balm that is Rugby League”, said Roy Slaven.

“Roy and I are humbled by this opportunity to put our shoulders to the Rugby League ambition of bringing world peace and harmony through violence and chaos. I had tears in my eyes when the light turned green for two bludgers with bugger all to offer to be part of something we can all be part of!”, said H.G. Nelson

Nick Morris, manager, ABC Sport, said, “Having spent my formative years as an avid listener, I am really delighted Roy & H.G. are once again back on ABC Radio so audiences, new and old, can enjoy their unique take on the sporting issues of the day.”

Bludging on the Blindside will air at midday (AEDT) on Saturdays on ABC Radio & ABC Grandstand in NSW, QLD & the ACT, and the ABC listen app (via the Grandstand button) from March 14 until October 3.