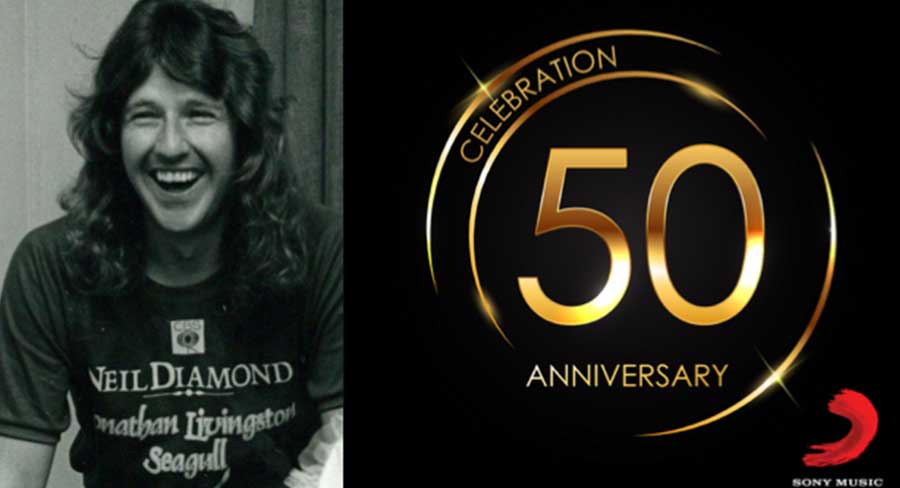 • Handlin won’t be able to celebrate in person this month his significant anniversary that ticks over today.

The lockdown regulations associated with the COVID-19 pandemic mean what friends and industry colleagues of Sony Music Entertainment chairman and chief executive officer of Australia and New Zealand Denis Handlin won’t be able to celebrate in person this month his significant anniversary that ticks over today.

I’m writing to recognise an extraordinary milestone for one of Sony Music’s all-time legends, Denis Handlin, who today celebrates 50 years at the company.

It’s impossible to sum up Denis’ prolific career in the space of an email, but I’ll share just a few highlights. From his humble beginnings as a junior record assembler at what was then known as the Australian Record Company, Denis has risen to become one of Australian music’s most influential leaders.

Over the last half century, he has played a key role in our company’s evolution, launching many historic careers and re-shaping the musical landscape in the process. In the early 70s, he took Bruce Springsteen’s Born to Run and Billy Joel’s Piano Man to radio. In the 80s, he was heavily involved in the development of two of Australia’s proudest exports, Men at Work and Midnight Oil. It is not, however, accurate that in the early 90s, Denis failed an audition to join Human Nature before they became successful.

His work with Pink and her manager Roger Davies has been integral to her unprecedented success in Australia. He continues to break many of our future global artists first in Australia and New Zealand. And, he has launched the careers of many hugely successful recent Australian artists including Delta Goodrem, Guy Sebastian, Jessica Mauboy, Amy Shark and, in the last few months, Tones and I.

For the last 10 years, Denis has also successfully set up our company’s business in the Asia Pacific region where we’ve expanded our presence significantly. He oversaw the development of our joint venture label with Tencent Music, Liquid State, and the opening of our new headquarters in Beijing just last year.

A great deal has changed since Denis assembled his first record, but one thing that hasn’t is the passion, dedication, and heart he brings to our global teams, our artists, and the Australian music industry he has been so integral to shaping. I can’t imagine a better representative for the enduring strength of our Company during this challenging and uncertain time.

On a personal note, I first met Denis three weeks into my Sony career in September 1985 and he has been an ever-present angel and/or devil on my shoulder since then. I am sad that I am not celebrating with Denis in Sydney as we planned next weekend at a big industry event in his honour, but we will make that happen at some point soon.

I hope you will all join me in congratulating Denis, his amazing wife Jan and his six wonderful children and grandchild, Dolly, who will start working for the company in 2040.

Enjoy the photo below of Denis wearing a groovy promo t-shirt in his early company years sporting a haircut that he is currently trying hard to grow back in the lockdown.