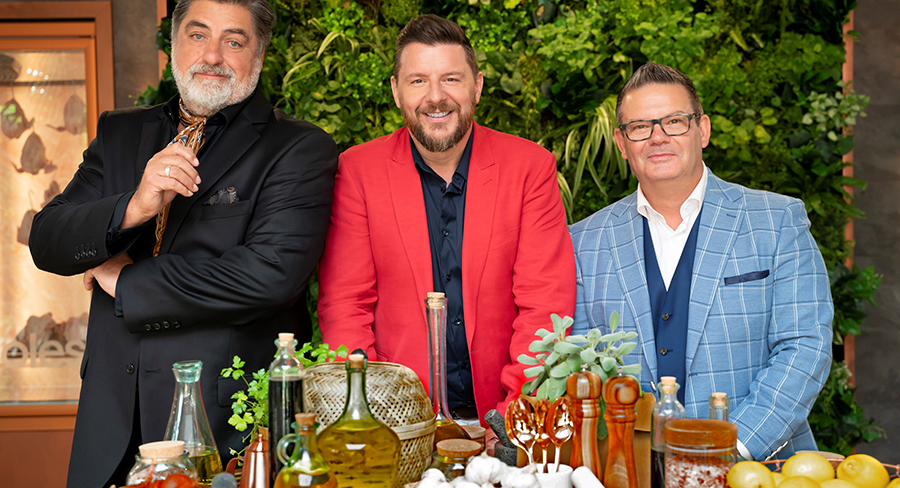 • Stay tuned for an official air date for Plate of Origin on Seven.

Manu Feildel along with Seven Network newcomers Matt Preston and Gary Mehigan will be teaming up for Seven’s Plate of Origin, a world class cooking competition with an international flavour that will pit plate against plate, cook against cook as teams go head-to-head in the ultimate culinary competition to decide which cuisine will reign supreme.

Teams from around Australia present mouth-watering dishes from around the world as teams compete in what is being called the ‘World Cup of Cooking’.

Seven’s director of network programming Angus Ross told Mediaweek that Plate of Origin was impacted by COVID-19 in that there will only be 10 episodes. “We had to modify what we were doing in order to get something to air. We are quite happy with the way it has worked out.”

In the first sneak, peek of the show provided by Seven viewers are given a glimpse at the visually stunning meals that are prepared and the cultural diversity that is on display with a series of dishes representing a broad range of cultures.

Stay tuned for an official air date for Plate of Origin on Seven.