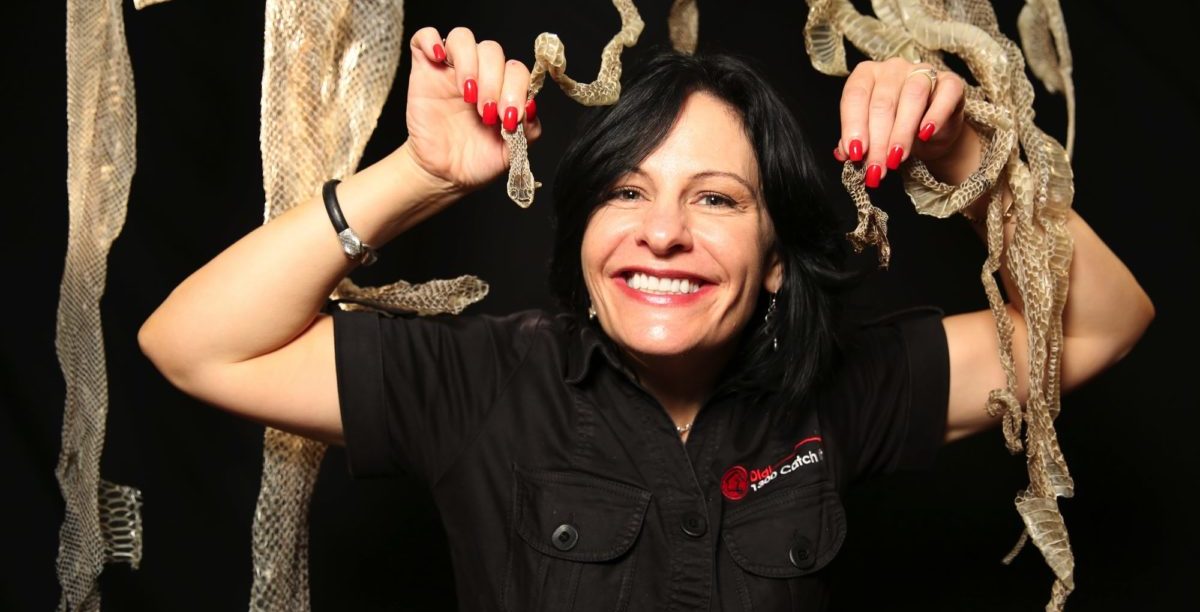 The first series of Animal Planet’s Snake Boss was screened in around 170 countries and season two launches on October 24 on the channel in Australia. The Brisbane-based program has been a hit for the Discovery-owned Animal Planet channel. Working with series host Julia Baker, aka the snake boss, are Mandy Lake and Margie Brown from Flickchicks. For the first series they teamed up with Wildbear Entertainment executive producer Veronica Fury.

WildBear’s CEO Michael Tear and Fury told Mediaweek both production businesses came together to exploit the strengths they both bring to the program for the second season too.

“It’s a very entertaining show,” said Fury. “At any one moment you can be screaming, laughing, crying and have amazing empathy and care.”

Fury was speaking to Mediaweek from MIPCOM where Snake Boss is a key offering in the new slate of programming from Wildbear. Fury explained that when categorising the program, WildBear calls it an “ocu-doc” – an occupational observational documentary.

Tear explained, from his office in Canberra, that Animal Planet shows the program in territories it broadcasts into, while WildBear’s program distributors DRG will sell to the rest of the world.

The second season of Snake Boss has a slightly different finance structure from the first, meaning it will be available for sale along with the first internationally.

Tear mentioned it was important for a show like Snake Boss to have a host like Baker. “Audiences are really looking for authenticity. Specialists working in Australia are being accepted very well overseas – something that was certainly helped along by Steve Irwin opening the door into Australia.”

Fury told us she had what seems like 100 meetings scheduled for her three days at Cannes. Wildbear will be working the MIPCOM market with Edwina Thring from Wild Thring Media to help get some of the proposed new projects across the line. 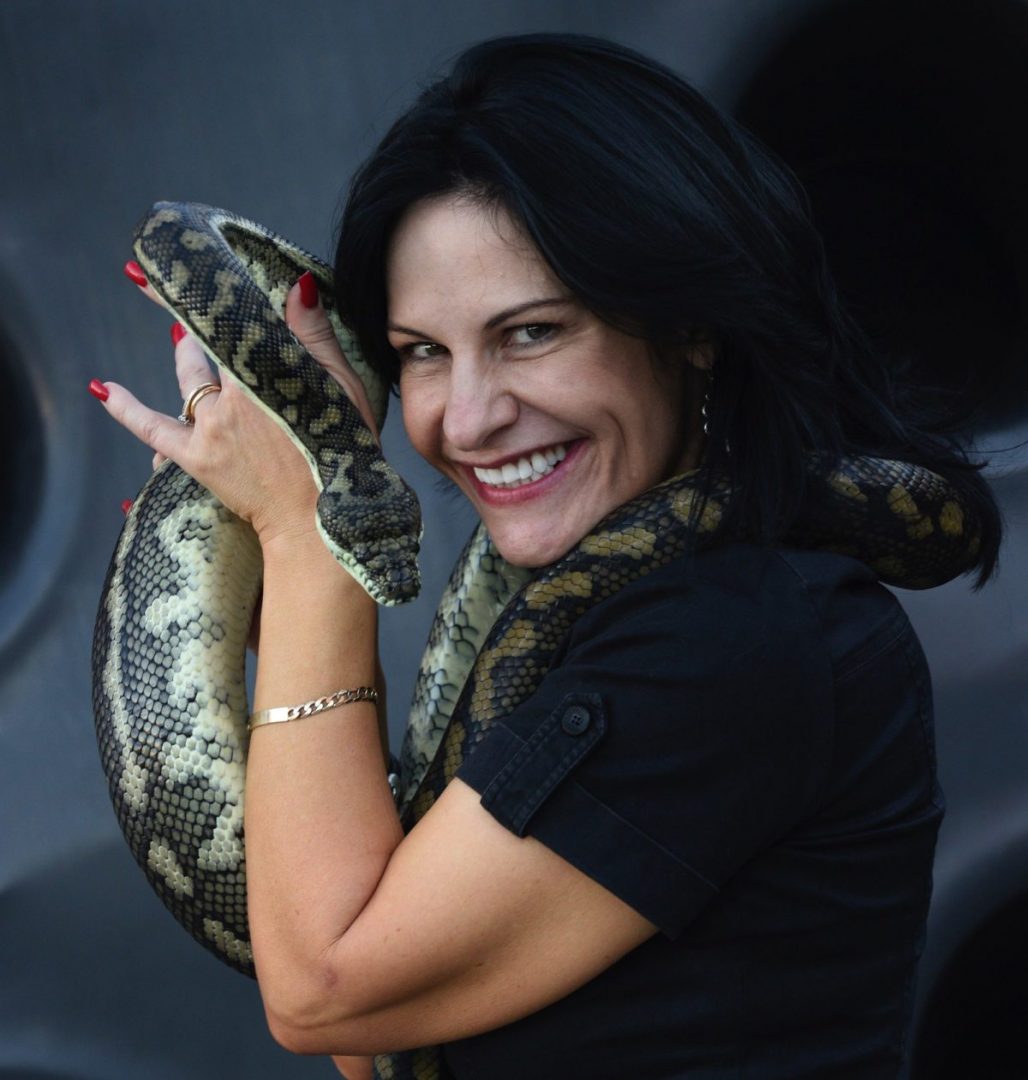 When asked about the difference between the first two seasons of the ocu-doc, host and snake charmer Julia Baker told Mediaweek: “Every call-out is different – you never know what you are going to get. This season we were very fortunate because we pretty much covered all the crowned snakes and we had none of them on season one. We also got a brown tree snake after we saw some in the wild, which was fantastic.”

Baker sees the show playing an important role in education. This season the RSPCA is on board and the show makes a point of running fact boxes to teach the audience about the different snakes. “The graphics are just mind-blowing this time – they are so well done. This especially helps children as it makes the program much more comprehensible for them.”

Baker credits her Brisbane-based cameraman Peter Wright for the new series’ great images. “He had to get into all these confined spaces like roofs with me this season. I also have to look after him so he doesn’t get bitten when we are chasing some of the snakes.” She explained there is usually a small team of five on the shoot, six if Baker’s husband and business partner Johnny Bagpipes is involved. “You can’t have too many people on something like this.”

As to the program’s international appeal, British-born Baker explained she gets correspondence from viewers across the globe. As to going on the road to support the series in other markets, Baker said she would love to. “I would love to go to New Zealand because we have so many fans there. A tour with live animals would be my dream so the audience gets to see me and some snakes in the flesh.” Baker’s agent is UK based and she looks after both Baker and the program.

Getting this series on Animal Planet has been life changing, said Baker. “I originally became a pastry chef, which was good, but it wasn’t really what I wanted to do. Years ago I became quite depressed after my divorce and I need to pull myself out of it. I picked up some motivational books and then compiled a bucket list of everything I wanted to do.

“Top of the list was to go and study acting, which I did, and I found out I wasn’t that good at it. Also on the list was getting a pet snake and then a motorbike. I’m just so lucky that these dreams turned into Snake Boss.

“One thing I would like to do with my story is to inspire other people to go chasing after their dreams. People can do it at any age.”

People Baker lists as being inspirational include the team who make Deadly 60, the British wildlife documentary with presenter Steve Backshall. “I also love Mike Rowe from Discovery’s Dirty Jobs but I miss female role models in wildlife programs. There should be more of them hosting these sort of shows.” 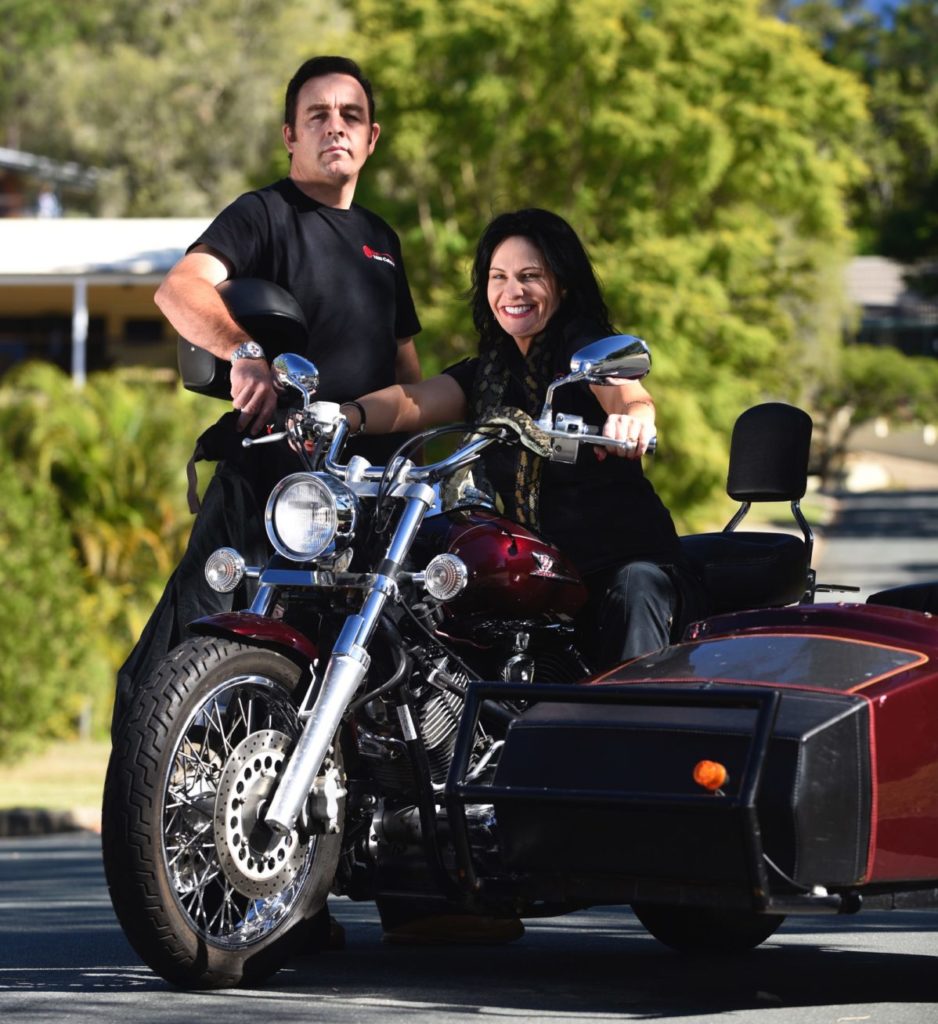 The Snake Boss and her bloke Johnny Bagpipes

Wildbear Entertainment is having its best year ever with Snake Boss one of its flagship programs. “We have 130 hours that have been commissioned this year,” explained Fury.

Since Wild Fury and Bearcage Productions merged in January 2014 to form WildBear, the combined output of the new business grew quickly. “Output more than doubled as our team was able to focus on new ideas, new projects and then bringing them to market,” said Tear.

Other ocu-docs on the slate include Big Art for Sky Vision and Foxtel Arts, which follows twin brothers who make some of the biggest public art in the world.

A forthcoming project is Mega Mechanics, which follows Australian engineers that fix some of the biggest machines in Australia.

Tear mentioned The Hunt For The Tasmanian Tiger about scientists in Tasmania looking for evidence of the mythical beast.

Other Wildbear series that are drawing good crowds are the three series of Baby Animals while The Kangaroo King did well in the US and around the world. It also won a Golden Panda Award at a TV festival in China.

When it comes to big crowds though, this is hard to top: Tear mentioned some of their work in China. “We did a series called Student Swap for CCTV which had a cumulative audience of 250 million. We have also just completed The War That Changed The World doco on the Second World War for CCTV. “That’s a very exciting area for the company,” said Tear. “The Asian market, and China in particular, are areas that have great potential.”