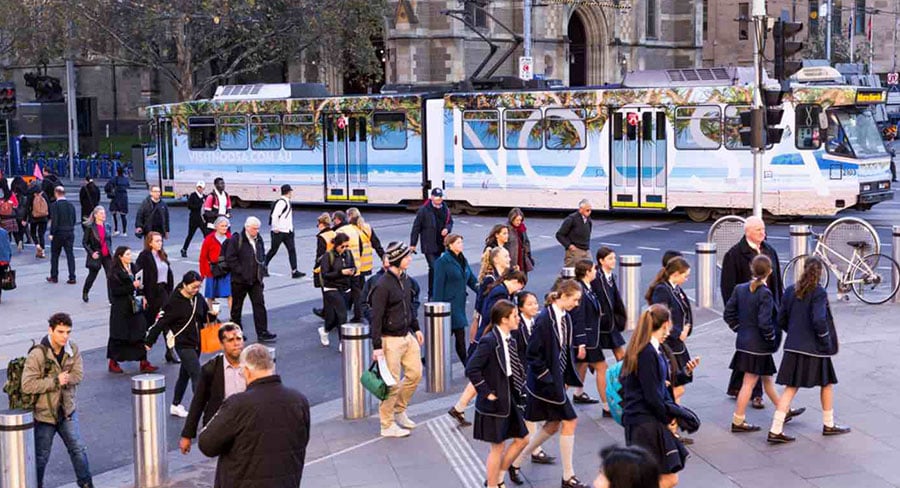 The Australian media agency market has reported a lower decline in February, suggesting the market was beginning to stabilise before the COVID 19 crisis further hurt confidence, as total bookings were back 5.3%.

All major media reported reduced February bookings with the lowest declines were seen in the media of Digital (-0.9%) followed by TV (-1.6%) and then Radio (-5.4%).

There was growth among some key media sectors with Metropolitan TV delivering a 1.9% increase in spend (mostly due to Nine’s Australian Open finals broadcast occurring in February instead of January as was the case last year). The Regional Radio sector grew bookings 7.8%; Programmatic rebounded from the lower demand it’s experienced this financial year and was up 9.8% in February and the value of advertising to Social Sites grew 6%.

SMI AU/NZ managing director Jane Ractliffe (pictured) said it was again a contrasting story in New Zealand as ad spend in that market grew 2.4% in February.

“New Zealand’s media has now reported two consecutive months of growth so is entering their coronavirus lockdown in a stronger position, and we can also see in our NZ future pacing data the market will also be strong in March,” Ractliffe said.

“But at least in the Australian market we can see the decline has been reducing, with this 5.3% fall below the 6.1% decline we’re reporting across the eight months of this financial year.”

Ractliffe said with the coronavirus impacting all markets, these were likely to be the last “normal” results for some time.

“Already we can see in Australia that in March there’s been large increases in spending from the categories that are more likely to benefit from a lockdown environment, such as In Home Entertainment, Food, Toiletries/Cosmetics and Health Care,” Ractliffe said.

“But the market is obviously making huge adjustments given major changes such as the loss of sporting events and the large movement of audiences, so we will continue to deliver our Special Ad Spend Updates to get the latest ad spend trends to the market as soon as possible.’’

And the combined Agency and Direct ad spend figures include for the first time ad spend for the catalogue, inserts and direct mail media as SMI has entered an exclusive agreement with the Real Media Collective (the former catalogue and printing industry associations) to collect and publish their ad spend data. Across all major media, they have emerged as the fourth largest with $1.4 billion in ad spend in CY2019.

But when the Industry Media Index is viewed on a like-for-like basis (with RMC data removed) the total market is back 1% to $16.6 billion in CY2019.

“Given the drought, fires and floods last year it’s unsurprising to see the value of the total Australian market fall in 2019 as these events always affect business confidence which in turn hurts advertising demand,” Ractliffe said.

“In these difficult times we’re still trying to deliver improved advertising metrics so it’s been fabulous to work with the Real Media Collective to collect catalogue, inserts and direct mail ad spend and we hope to continue improving this service moving forward.” 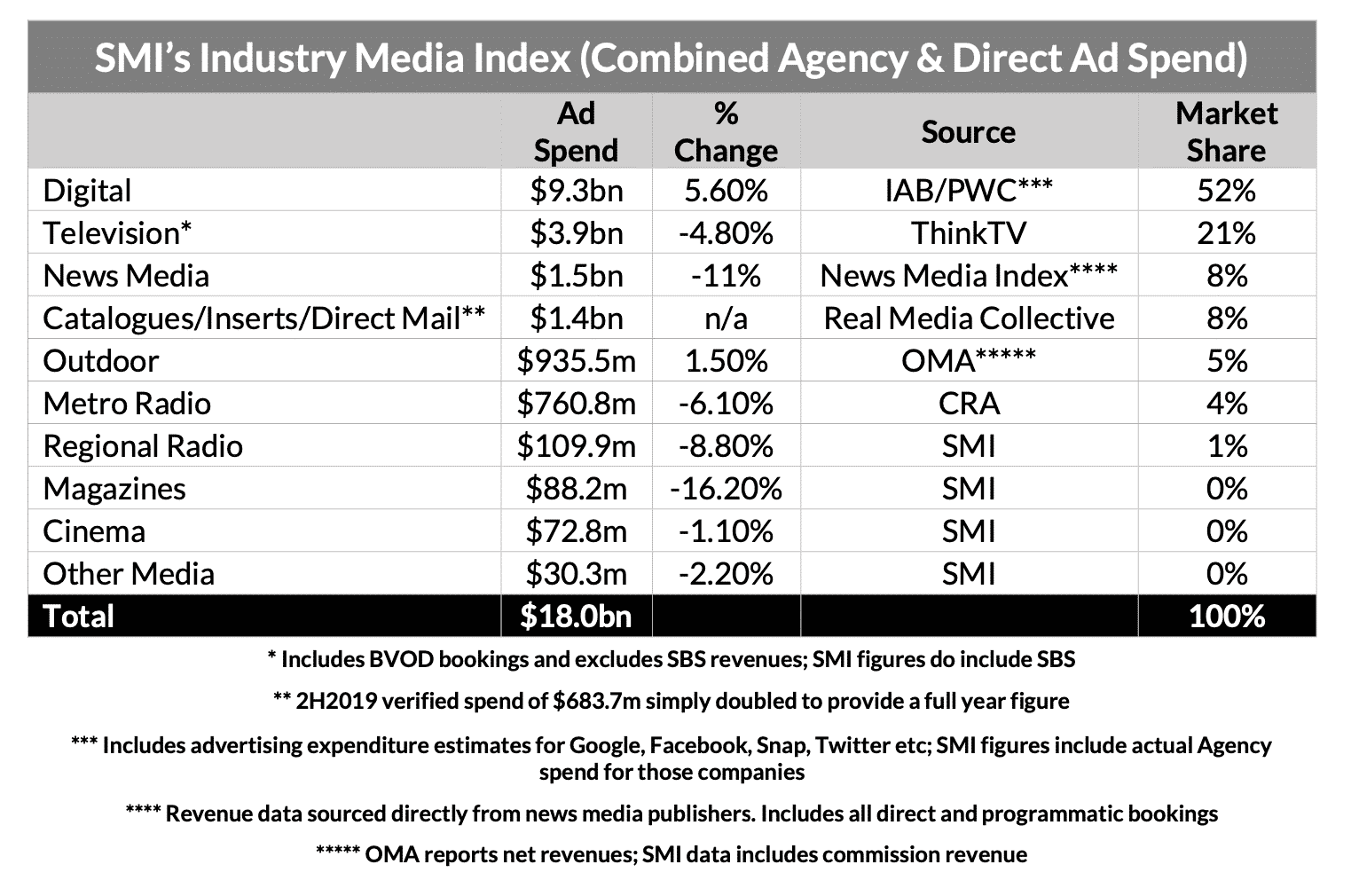