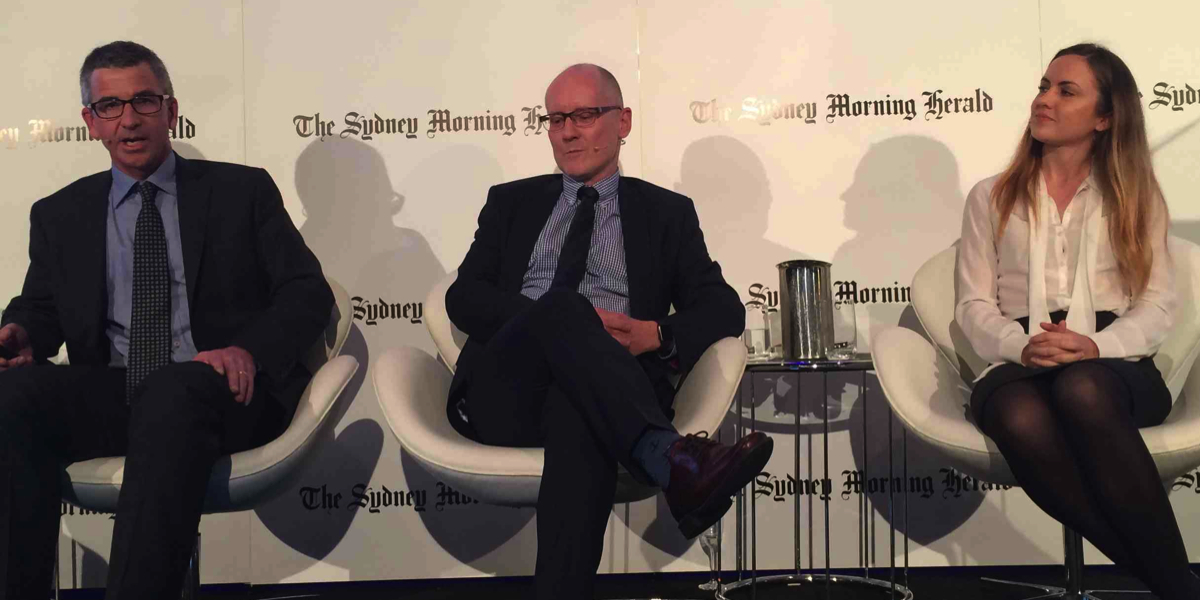 SMH’s EIC Darren Goodsir: “Our journalism needs to be in as many places as possible”

“What is increasingly becoming the main game when it comes to our newsrooms – digital storytelling” was the topic for discussion at last night’s Sydney Morning Herald reader event held at Circular Quay’s MCA. The Sydney Morning Herald’s editor-in-chief Darren Goodsir, digital editor Conal Hanna, innovation editor Stephen Hutcheon and social media editor Georgia Waters spoke to a packed room of readers and members about the newspaper’s evolution and move towards becoming a digital-first player.

Although Goodsir stopped short of saying that the print paper would cease to be published in favour of digital-only, the Fairfax publication’s digital focus was clear. He ran the audience through various SMH digital iterations, from the original home page launched on Anzac Day 1995 to the recently launched Apple Watch app and Facebook Instant Articles.

“News will be always be our heritage, but we’re moving much more towards visual journalism and different ways of storytelling. We want to be at the cutting edge of everything that moves and everything that works, whether it takes off or not,” Goodsir said. “Our journalism needs to be in as many places as possible to continue our relevance”.

The SMH has slipped one place since its 2005 launch, from the #1 news website in Australia to the #2 behind News Corp’s news.com.au. Hanna noted that the competition was increasingly fierce, with the 49% Fairfax-owned soon-to-launch HuffPost Australia to also compete with the SMH.