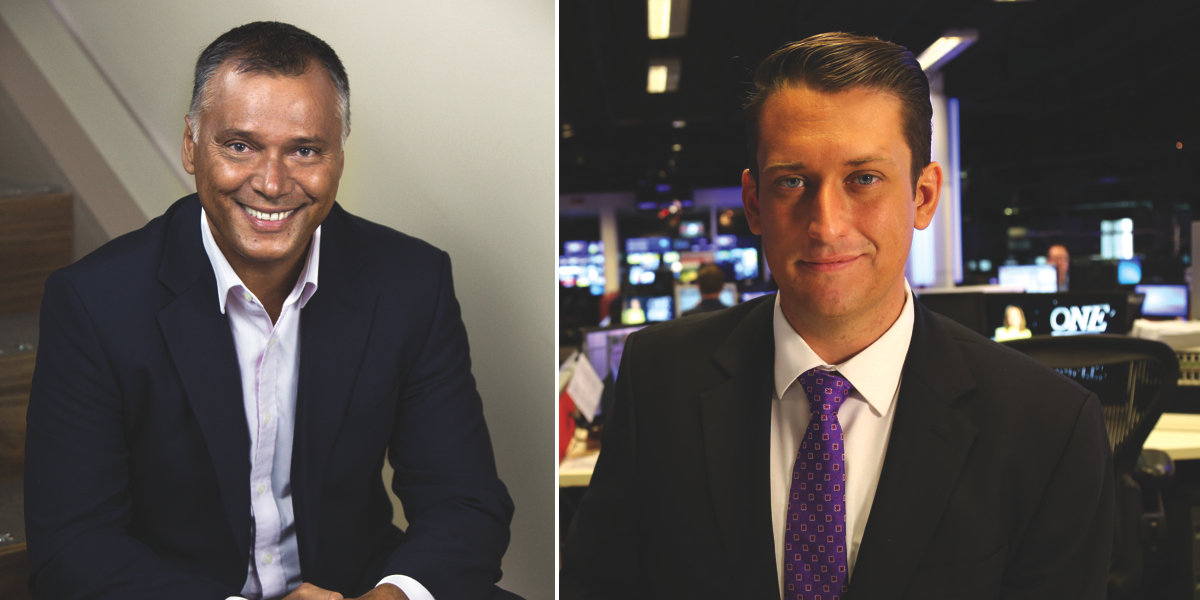 As part of the Garma Youth Forum, Sky News will take part in workshops, providing advice and training to roving reporters on the Garma grounds.

Mediaweek spoke with Grant and Bourchier ahead of the Garma Festival.

Grant hasn’t had much of a chance to visit the annual Garma Festival in the past because he was living outside of Australia for much of the last 20 years, some of it working for CNN. “Since I have been back the dates have clashed with me doing other things,” he told Mediaweek. “This is the first chance I have ever had to go. Many people I know have told me about how fantastic it is.

“When you look at the lineup of speakers at various sessions it is an extraordinary thing to be able to focus on such an important event.”

Sky News will be broadcasting from Friday July 31 until Monday August 3. “I will be involved in hosting several of the sessions including politics and the lives of indigenous people and on Monday morning what is perhaps the most significant discussion about the issue of constitutional recognition and the move towards a referendum. It will be a chance to bring together some of the indigenous leaders like Noel Pearson who has been one of the prime movers. At this forum we can start to give the debate a bit of shape and look at the various proposals that have been put forward.”

As to whether Australian media should have paid more attention to Garma and indeed indigenous issues in general, Grant said the media pay attention at certain times and then move on. “The coverage is usually built around an event or a report that the focus is on. It is trying to maintain that coverage which is a challenge. What Garma does is offer a one-stop shop where people can go and report the issues and have access to the range of leaders and political figures.

“Beyond that there is a need to develop an ongoing coverage and presence to debate these ideas.” Grant suggested that while the media in general might pay attention for something like Garma, they need to keep a watch on the topics for the rest of the year too.

Grant noted one honourable exception. “The Australian has done a remarkable job. What they did was to treat indigenous affairs as a grown-up issue – an important political issue. That means not looking at it as a good deed for every NAIDOC Week, Reconciliation Week or Garma Festival, but an important part of Government policy that needs to be debated and needs to be held to account the same way every other aspect of policy does, whether it is health, defence or education. The Australian shines a light on it and encourages a range of voices. That has been really ground-breaking. Noel Pearson has a column and you will often see other indigenous voices and the paper will often feature the issues on their front page. It has become an important vehicle for generating debate and staying with the story.

“NITV as well is also doing good work in that arena. Where the other media often fall down is there is no follow through. The coverage is often marginalised and seems to be something they will only consider at certain times.”

When asked how the Abbott Government might be talked about at Garma, Grant said there are lots of very different opinions. “Indigenous people have very different opinions with people as dynamic and diverse as any community. Warren Mundine, who is a significant indigenous voice, is the head of the Prime Minister’s advisory council yet at various times he has criticised the Prime Minister. Noel Pearson was part of the recent discussions about constitutional recognition and was very strong afterwards criticising the process and the approach the government is taking.

In 2012 Bourchier opened the Northern Territory bureau in Darwin for Sky News. Before that he had worked in the state for NITV and the NT News.

“I grew up in the Northern Territory at Tennant Creek and I got my start as a window cleaner at the local newspaper.”

With around 15 years in the media there, Bourchier has a deep understanding of the issues facing the population. He said Sky News CEO Angelos Frangopoulos has been a big supporter of having a reporter covering indigenous issues.

“I am constantly travelling and in fact I feel like I’m living out of a suitcase much of the time,” said Bourchier.

Unlike many of his colleagues in major metro markets, Bourchier rarely works in big media packs. “It is very much a single operator life which has its challenges having to operate all the equipment. However you are often able to get a more intimate connection with people you are interviewing. It wasn’t too long ago that in a remote community I was speaking to an old Aboriginal lady about her story and she opened up with many incredible stories that she wouldn’t have told if there was a group of reporters and cameras there as well.”

Bourchier has covered a number of Garma Festivals and he said it offered a great chance to see a cross section of the indigenous community come together to discuss matters around Aboriginality and contemporary Australia.

“It is an opportunity to chat about the big issues like constitutional recognition, community closures and anything else of importance affecting first Australians.”

As to Stan Grant’s point about coverage of some of these issues in other media, Bourchier noted there is a very small group of reporters based in the Northern Territory. “We all work alongside each other. More than 30% of around 225,000 people in the NT are from an Aboriginal or Torres Strait Island background. That’s a significant part of the reporting round for any serious journalist here. When there are stories relating to indigenous people you will have a whole range of reporters from all mediums. It is a topic that doesn’t get a huge amount of national coverage on a daily basis. There are only a few organisations pushing back against that and Sky News is one of those. When I go out for a couple of days and come back with a number of stories that might not be the biggest story of a news day, but still significant for a national agenda, they get a good run on Sky News.”

As to some of the biggest stories he has worked on since the move to Sky News, Bourchier said the passing of Dr Yunupingu from Yothu Yindi was amongst them. “He was an educational visionary, someone who stood up for his people and also an international rock star. I was asked to co-anchor his state memorial in Arnhem Land. That was three-and-a-half hours of rolling coverage in collaboration with NITV news and broadcaster Malarndirri McCarthy.”

Bourchier was also working in Darwin when President Obama visited. “I’ve never seen the city shut down before. I was in the hangar when he made that speech about the north and the move to having more marines based in the Northern Territory. In many ways that was a defining moment for the Territory. It shone a light on the Territory and Darwin and portrayed it as more than a frontier town, which is how it is seen by many Australians, but as a gateway and the way Australia can reach out to South East Asia.”

As to major stories he will be keeping up with this year, the biggest could be the ongoing debate over constitutional recognition of first Australians. “We are seeing grass roots discussion in the Northern Territory and more and more people are flagging that there needs to be a new approach. If there is a constitutional convention we need to have more than a talkfest where the government has already made its decision. We need an actual chance to listen to everyone. This is a very significant debate. If this weren’t to pass, it would have disastrous ramifications for relations in Australia and nobody wants that.”

Talking about his new two-hour evening program, Grant said: “Sky News has made its mark with political reporting and its work out of Canberra which has been an extraordinary achievement. What we try to do with Reporting Live is to focus a bit more broadly outside of Australia. It fits with my own background having reported internationally. Two hours gives us time for greater depth and greater scope to be able to explore issues.”

Grant said on any given night the topics could range from Iranian nuclear talks, the fight against ISIS or the financial troubles in Greece or China. “We try to peel back the different layers in the issues we cover and say to Australians they should be interested in this because it does affect us and then we look at how it impacts on our lives.” The show covers domestic issues and lighter stories too like a report on the Archibald Prize or the new David Bowie exhibition which both ran recently.