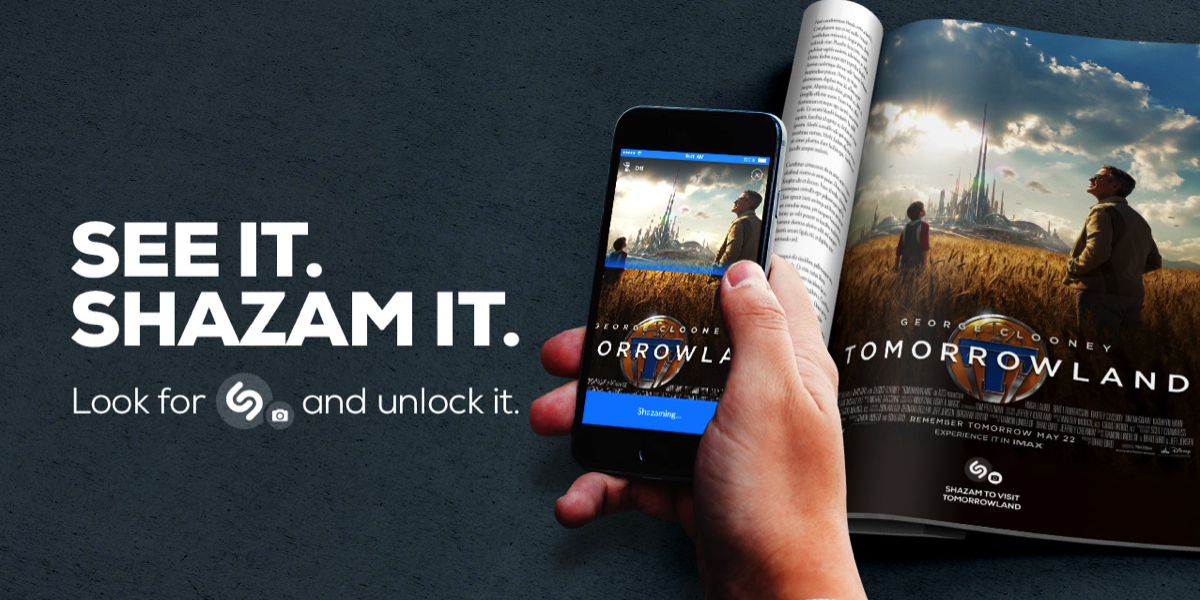 Shazam has announced the introduction of visual recognition, new functionality that extends the company’s mobile engagement platform to create a world where everything from posters, to packaged goods, to print media, and more are transformed from static images into dynamic pieces of content. The company also announced a series of partnerships with leading brands across the country to Shazam-enable their products.

Starting today, users with the latest version of Shazam installed on their mobile phones can open the app and tap the new camera icon to start the visual experience. Whenever they Shazam an item with the Shazam camera logo on it, they’ll instantly get taken to custom mobile experiences, including interactive content, special offers, and ability to purchase items, or share them with others. This capability will live side-by-side with the existing Shazam audio functionality people rely on to discover new artists, listen to music and engage with Shazam-enabled audio-based branded content.

With more than 100 million monthly active users, visual recognition within Shazam enables a near-frictionless way for brands to drive deeper, more impactful engagements with a massive audience with a single tap. Additionally, Shazam can build unique mobile experiences for these brands, eliminating the burdens associated with building and maintaining custom specialty apps.

Steve Sos, Shazam’s VP of Asia Pacific said: “The launch of visual Shazam allows us to uniquely lay claim to the ability to make all elements of brands’ media and marketing mix clickable, via an app that a significant amount of people already have on their devices. He told Mediaweek that Shazam was keen to work with publishers, as well as brands. “We think that we can prodive a great product for them editorially and in terms of advertising integration. Together with publishers and their print-based assets, we are in the best position to make brands clickable, from packaging to point of sales elements in the traditional above the line media mix.”

While he denied that Shazam-able print product was the silver bullet that publishers are looking for, he did note that the app would help deepen print products’ engagement with consumers. “I wouldn’t’ say that it’s a silver bullet, and I think it’s fair to say that print has probably been overly punished for its place in the broader media marketing mix. But like anything, the business is changing so quickly and consumers are wanting extended engagement. Anything that helps drive that for consumers will be seen as a positive.”