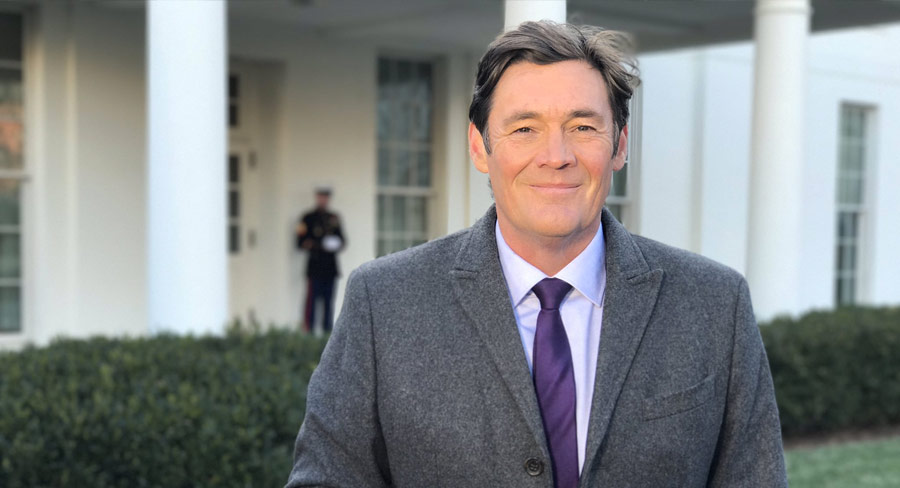 Seven’s award-winning US bureau chief Mike Amor makes an average of six trips to Australia per year. “That’s once every eight weeks,” he told Mediaweek, doing the maths. Amor is currently on his second trip to Australia for 2018. The Bendigo-born journalist is in Melbourne filling in for primetime news presenter Peter Mitchell.

In Amor’s absence, Seven’s US bureau collected three awards at the recently held Los Angeles Press Club’s 60th annual Southern California Journalism Awards. “They must have celebrated pretty hard while I wasn’t there,” he said. [Laughs]

In 2016 and 2017, Amor was recognised as Television Journalist of the Year at the awards. “It’s always nice to be recognised by your peers, especially overseas. You have to remember that Southern California is a big area. It has 23 million people living there.”

Along with Amor, Seven’s US Bureau is staffed with two reporters, Amelia Brace and Ashlee Mullany, and two full-time camera operators/producers. The office is located in Los Angeles. “It’s a busy little bureau,” Amor said. “We not only cover the US, but also the Americas.”

“There are so many things that are happening in America. We look for stories that cut through to Australia and make Australians stand up and take notice.”

Since Donald Trump entered the political scene, Australians have become more interested in the news coming from the States.

“He has turned international diplomacy and policy on its head and Australians are certainly very interested in that,” Amor said. “We are doing more political stories now because he is so controversial.

“Australians are fascinated by Donald Trump. Don’t underestimate his supporter base here. I get abusive tweets any time they think I am even vaguely unfair to him. It’s interesting now because previously I would have never been able to sell a story about US immigration issues to the audience here. Now they are interested in stories about children being taken away from their parents as Donald Trump tries to fight illegal immigration. We are now touching on stuff that we would have never touched on under previous administrations.”

Amor was transferred to America towards the end of Bill Clinton’s term in office in 2001 and has stayed there throughout George Bush and Barrack Obama’s presidencies. He returned to Australia for a year in 2006 to become a news presenter in Sydney, but went back to America in 2007 for personal reasons.

“When I first started there, we were covering more celebrity content,” Amor remembered. “Our appetite for world news has increased now and that’s because the world has become smaller, thanks to social media and our ability to travel. Australia is not as insular as it used to be.”

Prior to his recent return to Australia, Amor was in Singapore covering the historic Trump and Kim Jong-un meeting.

A lot of things in the local and international news landscape have changed since Amor started working for Seven News from America, but what hasn’t changed is the challenge of working in different time zones.

“We are working to Australian hours in America and are travelling in American hours. That’s always a bit of a challenge, but a good one.”

Travelling is a frequent part of Amor’s job. Asked if he has gotten used to travelling through multiple time zones in any given month, Amor laughed and replied: “No, you can tell my voice is a little croaky. That’s one of the side effects of jetlag.”