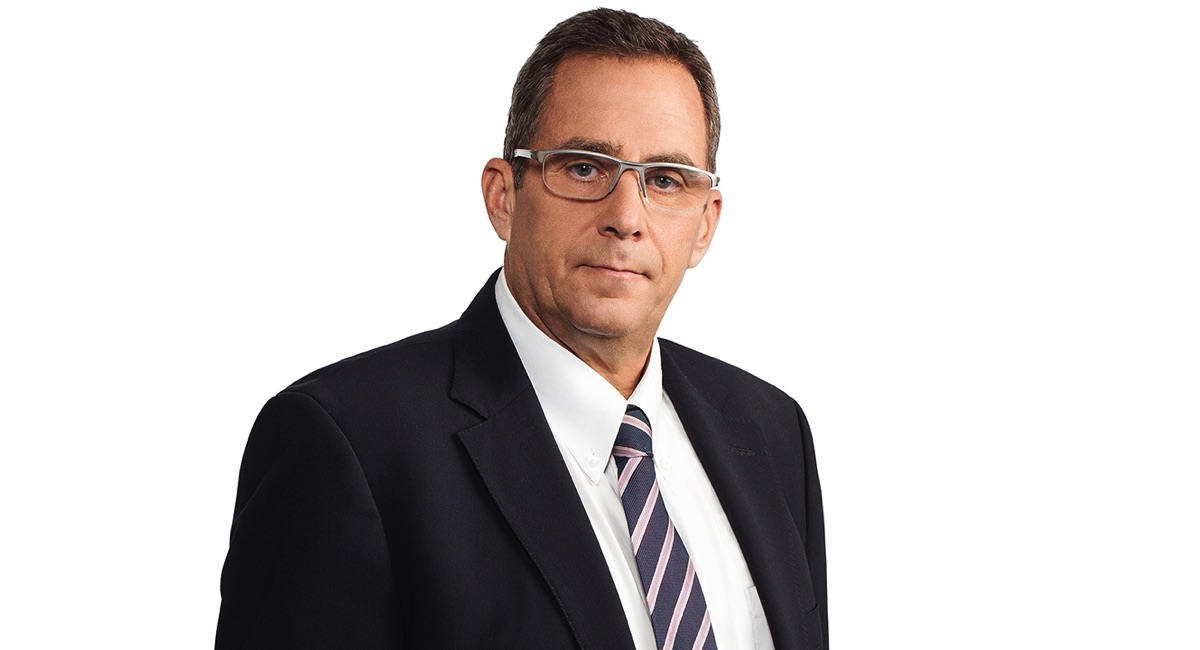 Shtein has lived and breathed sport for nearly 40 years

Seven is close to the end of its first major sporting event for 2017 as we write this with the Australian Open about to crown the tournament champions. The tennis has two dedicated FTA channels (Seven and 7TWO) and sometimes three, plus a feed of every game being played on up to 16 different courts for viewers via the 7Tennis app or the 7Tennis website.

The channel uses a third FTA channel, 7mate, during the 6pm Seven News.

“I have loved every moment of it since I have been involved. I started in 1980 – 37 years ago. I started at Nine, later moved to Fox Sports and then joined Seven. I was at Nine for 17 years, nine years at Fox and have been with Seven since 2004. I have loved all the people I worked with during my time in telly.

“I still have mates at all places I worked and there is a collegiate friendship with people working in sport.

“We are lucky in Australia in that we enjoy the best sports telecast in the world which comes partly from the competitive environment we are in.”

From one of the Seven offices at the Australian Open this week, Shtein explained to Mediaweek the intricacies of having two separate channels covering the same event with different content.

“Some of the production is done at Melbourne Park [home to the Australian Open] and some from our Seven broadcast centre in Melbourne. The two separate productions teams are not dissimilar to what we have done here in the past and what we did for the Rio Olympics, which we covered across three FTA channels.

“The tennis is first where we started the multichannel, multiplatform, multifeed delivery of content.

“We have come a long way in a relatively short amount of time. It wasn’t so long ago that coverage of the Australian Open was just on one channel. If there were two important games at the same time we would have to cover one of them on a replay.

“People now have an expectation of being able to watch an event while they are out and about. The technology now lets viewers stream any of those 16 different feeds to the big screen if they wish.”

Shtein said watching the levels of interest in different games on the live feed is one of the ways Seven can gauge which events should be going onto the various FTA coverage. “Those numbers do help with our decision making. It can be a tough call to decide whether we put the Aussie competitor on Seven or do we go with a game featuring a seeded player. There is a team of us from programming and production where we discuss what the viewers are consuming.”

The first week of the Australian Open can be a challenge with so many more matches to follow. “We also have the information from previous tournaments to draw on about what works. We don’t always get it right! Tennis is unlike most sports in that the match duration is not finite. At the beginning of every day we have a game plan, but quite often that changes because of the length of various matches. It needs to be a very flexible plan.”

Seven uses a host feed from the various courts which Tennis Australia provides to the rights holders. Most of those feeds come with commentary and graphics and they go onto the digital streams. Seven uses its own commentary for matches that make it onto the FTA channels.

Despite some perception that Mel McLaughlin has replaced Bruce McAvaney on the coverage this year, Shtein reminded us that McAvaney didn’t do any hosting, instead focusing on commentary. “Bruce is having a well-deserved break, while Mel joins our hosting lineup.”

As to McLaughlin’s first Australian Open, Shtein said she was loving the challenge. “This is a new event for her and she is doing a mighty job. It is not an easy role because there is so much happening concurrently in addition to various news stories surrounding different players.”

Helping the Seven announcers keeping across the event is a small army of support staff. “We have producers, associate producers and researchers working for us.” 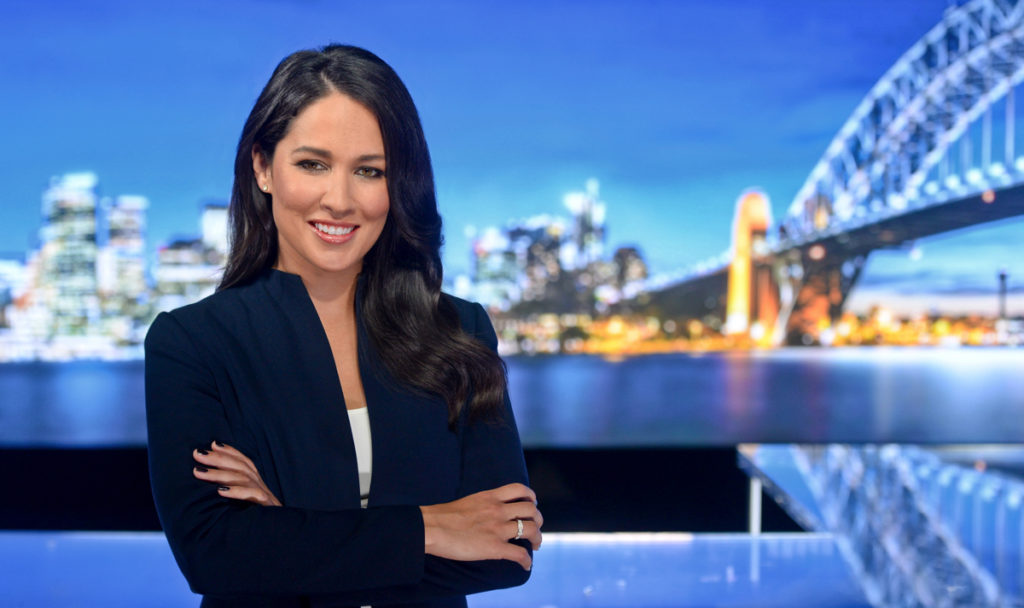 The commentary duties that Bruce McAvaney would have handled have been spread across the team this year with some heavier lifting from Hamish McLachlan, John Fitzgerald and Basil Zempilas too. “Basil is also continuing with his 6PR breakfast show and also looking after his Seven Perth news commitments. He has been holding down a primetime commentary role with Jim Courier and Lleyton Hewitt. Basil is as comfortable in a hosting role as he is in a commentary role or in a reporting role too.”

Shtein played down a little his role at the tennis, noting he was just one of a very talented and experienced team. However having an intense two weeks at the one venue allows him to be more hands on than he is perhaps at other sports that play out over longer periods at various venues. “I am involved in the decision making though, whether it be right or wrong. The buck does stop with me.”

Despite spending many years running sports broadcasting operations, he sounded as enthused as any of his younger colleagues. “I still love it and enjoy it.

“While it can be very complex, offering all the viewing options we now can to the viewers makes covering big events a little bit easier in some regards.”

Although it is held over a two-week period, Shtein noted that the Australian Open plus the lead-in events are the biggest sports coverage the broadcaster mounts every year. It is also critical to help launch the channel’s key Q1 programming.

As soon as the tennis is over the immediate focus is on women’s AFL and the Nitro Athletics, featuring Usain Bolt, in February. Soon after that are the start of the AFL and the autumn racing carnival.

“The next year and a half is going to be sensational from a sports point of view and I can’t wait to get my teeth into it.”

The numbers working for Seven sport swell to coincide with the different broadcasting requirements. “We have a great talent pool we can draw on for front of and behind the camera for all of the events.”

With strong numbers for the AFL women’s exhibition match last year, Shtein said there is no doubt that women’s sport deserves to have a bigger profile on television. “That is why we are covering the AFL women’s league.”

He also noted the good numbers from Rio for the women’s Rugby Sevens and the Olympic qualifying matches for the Matildas.

Running the sports division is the mission critical role for any major broadcaster these days. “Live sport is a cornerstone,” he said. However, he contradicted us on one thing. “It is always a good time to be in sport at a television network.”

As to whether IP viewing will increase at the expense of the main primary channel offering, Shtein said Rio showed off the potential numbers out there.

“During Rio when the Boomers played there was an incredible number of people viewing on out-of-home devices both in their offices or out and about. That gave an indication of just what size audiences there are for viewing on mobile devices for viewers out-of-home.”

Shtein oversees all Seven sports coverage, everything on our long list, not just the major coverage of the big events. “The days of just catering to a primary channel are gone. Look at what happens with the AFL in Perth when 7mate is often the #1 channel in the market. We have also good numbers for example during Wimbledon for big matches late at night on 7TWO when it is our #1 channel.”

Although Seven remains the home of the biggest audiences and most in-demand content, Shtein stressed that 7TWO and 7mate are both very powerful.

Shtein admitted it would be interesting to launch a dedicated FTA sports channel. “Ten did try it many years ago with ONE. There are many things for and against the idea. Getting the bandwidth would be a critical factor in any decision for something like that. However, it is something that could and should be looked at.” He also noted that the growth of IPTV also opened up opportunities for further dedicated channels.

Shtein said broadcast executive David Barham had done some great work with TEN around the BBL. “We have to make sure we raise our quality too, not to just compete, but to be better.”

Would Shtein have room for the BBL if Seven got the rights? “Of course…I’m a sports guy. Too much sport is never enough. It comes down to a commercial decision for the network, but from my point of view we would love it.”