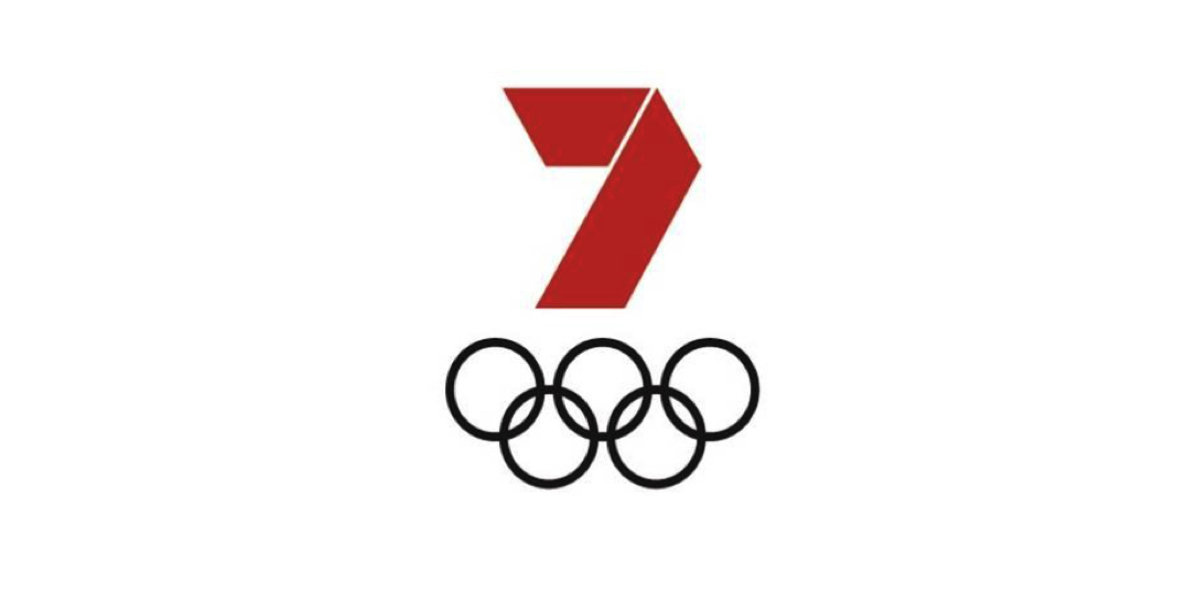 Seven has unveiled its hosting and commentator lineup for the 2016 Olympic Games to be held in Rio. The network will be broadcasting events from the Olympics across broadcast TV channels Seven, 7Two, and 7mate, with every event also streamed subscription-free on its 7Olympics app.

Hamish McLachlan – has extensive hosting, broadcasting and athlete management experience in sports including AFL, Olympic Games, tennis and racing. Hamish will be hosting Rio Today each night from 7pm throughout the Rio 2016 Olympic Games.

Mel McLaughlin – has covered many major sporting events on the world stage including the Olympic Winter Games, FIFA World Cup and Glasgow 2014 Commonwealth Games. Mel will be hosting Seven’s Rio 2016 Olympic Games coverage each evening as plenty of live sporting action is unfolding.

Jim Wilson – this will be Jim’s sixth Olympic Games either reporting or commentating. This time he’ll step into the hosting chair each morning as some of Rio’s biggest gold-medal moments are decided with athletics and swimming finals contested.

Kylie Gillies – has a long history of sports reporting and presenting across Seven’s Olympic Games and Australian Open tennis coverage, as well as sports magazine programming. Every afternoon Kylie will steer viewers through all of the latest happenings from the day’s events at Rio 2016.

Todd Woodbridge – was a gold medallist at the Atlanta 1996 Olympic Games, in addition to a highly distinguished tennis career. Todd has successfully hosted Seven’s Wimbledon coverage in recent years and will be hosting live late night and early morning coverage of the Rio 2016 Olympic Games.

Bruce McAvaney – his depth and breadth of knowledge of the Olympic Games is unrivalled in Australia and he returns for his 10th Olympic Games coverage to call all the athletics from Maracanã Stadium.

Tamsyn Lewis – a three-time Commonwealth Games gold medallist, and a winner of 17 Australian Championships at 400m, 800m and 400m hurdles, Tamsyn will join Bruce McAvaney for expert commentary at the athletics.

Dave Culbert – a long jump finalist at the Barcelona 1992 Olympic Games and two-time silver medallist at the Commonwealth Games, Dave has established himself as a well renowned Olympics Games broadcaster and will provide expert athletics commentary, along with calling the canoe and kayak events.

Pat Welsh – will be heading to his sixth summer Olympic Games at Rio and 10th overall including Winter Olympic Games. He will be trackside at the athletics interviewing all the big stars.

Basil Zempilas – has been a commentator with Seven’s Olympic Games coverage since 2000, including his famous call of Australia’s first Winter Olympic gold medal when Steven Bradbury won the men’s 1000m short-track speed skating event in Salt Lake City in 2002. Basil will lead the call of all the swimming at Rio’s Olympic Aquatics Stadium.

Phil Liggett – is the global doyen of cycling commentary. He has covered 14 Olympic Games and 43 Tours de France and will be in Rio to lead Seven’s cycling coverage.

Scott McGrory – was an outstanding Australian cyclist winning gold in the Madison at the Sydney 2000 Olympic Games. He will join Phil Liggett in cycling commentary at Rio.

Kate Bates – is a highly decorated international cyclist, Olympian and world champion. Since her retirement in 2011 she has forged a strong broadcasting career and will use her passion and knowledge to commentate on the cycling at Rio.

Brenton Speed – is one of Australia’s most versatile sport commentators having called athletics, rowing, football and swimming and will join Drew Ginn to call rowing in Rio.

Michael McCann – is a veteran sports broadcaster with an extensive and distinguished career in sports media including commentary on eight Olympic Games. At Rio 2016 Mike will call all the diving action.

Loudy Wiggins – is a two-time Olympic diving bronze medallist, claiming the accolades in the 10m synchronised platform at the Sydney 2000 Olympic Games and the 10m platform in Athens. Loudy will deliver expert commentary at the diving in Rio.

David Christison – has commentated on hockey at the past six Olympic Games and will step into the chair again in Rio to call all the men’s and women’s hockey action.

Rechelle Hawkes – is the only three-time Olympic hockey gold medallist to win the ultimate prize at the Seoul, Atlanta and Sydney Olympic Games. She was the captain of the Australian women’s hockey team, the Hockeyroos, and will provide expert commentary at the hockey in Rio.

Johanna Griggs – represented Australia in swimming at the Auckland Commonwealth Games in 1990 winning bronze in the 100m backstroke. Since then she has become one of Australia’s most popular television personalities broadcasting from a range of sports including tennis and horse racing, along with hosting top-rating programs Better Homes and Gardens and House Rules. Johanna will be bringing viewers all the colour, fun and characters from the Rio 2016 Olympic Games.

Rachael Finch – will reprise her colour reporting role from the Australian Open tennis and Melbourne Cup Carnival at the Rio 2016 Olympic Games. For several years she has reported on all of the personalities and entertainment at two of Australia’s biggest events.

Edwina Bartholomew – covered the Beijing 2008 Olympic Games for Seven and will be in Rio 2016 for Sunrise reporting on all of the fun and frivolities in her adventurous style.

Russell Mark – is an Olympic gold medallist having won the double trap shooting in Atlanta 1996, along with silver in Sydney. Russell will deliver expert commentary on the shooting in this year’s coverage helping viewers to understand the intellectual and psychological skill required in the sport.

Vicki Roycroft – has been a member of three Olympic and three World Championship equestrian teams representing Australia. She has been an Australian champion three times and will provide expert commentary on the equestrian in Rio.

Martin Gostelow – has been a decorated showjumping champion in Australian equestrian. He is now renowned as one of Australia’s best coaches based at Somersby Equestrian Park. His knowledge of our riders and the sport will ensure viewers are kept informed on the intricacies of equestrian.

Geoff Masters – has an impressive tennis playing record having won the doubles at Wimbledon, Australian Open and the US Open. A regular member of Seven’s summer of tennis commentary, Geoff will be on board to provide expert commentary during the tennis.

Debbie Watson – is one of the best women’s water polo players to have graced the pool for Australia. She’s the only Australian female water polo player to have won gold at World Cup, World Championship and Olympic level. She’ll provide expert commentary on our water polo teams as they vie for gold.

Ryan Phelan – has been a highly respected sports journalist for over 20 years covering a wide range of sports. Ryan has hosted Seven’s horse racing and rugby league World Cup among a long list of high profile sports and will be Seven’s Olympic Update host.

Bill Woods – has enjoyed a long and distinguished sports journalism career across TV and radio dating back to the early 1980s. He has covered Olympic Games and Commonwealth Games as either host or news anchor along with a wide range of other sports. He’ll be commentating on the water polo during the Rio 2016 Olympic Games.

Jason Richardson – is a Stawell Gift winner who has carved out a growing broadcasting career with Seven and radio. He will be hosting on 7TWO and 7mate throughout the Rio 2016 Olympic Games.

Neil Kearney – is a champion spinner of yarns at the Olympic Games, Commonwealth Games, the Melbourne Cup Carnival, the Australian Open tennis and almost every other sporting event Australians hold dear. He’ll be reporting on all of the colour and characters at Rio 2016.

Mark Readings – is a sports journalist and AFL commentator who will perform a range of 7TWO and 7mate hosting, as well as commentary duties.

Aaron Noonan – is a motorsport industry veteran in a wide range of roles within Australian media. Aaron will be hosting on 7TWO and 7mate throughout the Rio 2016 Olympic Games.

Michael Zappone – has been a host, commentator and boundary rider for football coverage in Australia, as well as radio work that dates back over 20 years. Along with some football commentary duties for the Rio 2016 Olympic Games, Michael will host coverage on 7TWO and 7mate.

Amanda Abate – has over 10 years’ experience in broadcast news and has worked as Seven’s LA correspondent, as well as in Sydney and Brisbane. Amanda will be will be Seven’s Olympic Update host.

(8 April 2016) Seven has assembled an elite commentary team for the Rio 2016 Olympic Games, including 15 Olympians who have won 12 gold medals and 24 Olympic medals.

Bruce McAvaney and Johanna Griggs commentate on the Opening Ceremony from Maracanã Stadium as we enjoy the parade of athletes and local Brazilian culture. Johanna Griggs hosts the Olympic

Countdown as we capture the live build-up to the Opening Ceremony and preview all the sports with our experts and athletes.

Hamish McLachlan will host an evening program, Rio Today, bringing viewers all of the best action from the Olympic Games that day, before handing over the baton to Mel McLaughlin each night. Olympic gold medallist Todd Woodbridge will then take viewers through the night as the action in Rio heats up.

Seven News sports editor Jim Wilson will host mornings, where all of the swimming and athletics finals will be shown live. Then in the afternoons, Kylie Gillies will host and wrap all of the day’s competition.

Johanna Griggs, Edwina Bartholomew, Rachael Finch and Neil Kearney will bring viewers all of the colour and characters throughout Rio de Janeiro, from the fun at the beach volleyball at Copacabana to the iconic Olympic Stadium at Maracanã.

Saul Shtein, Seven’s Head of Sport, commented on the line-up: “Seven’s commentary team brings extraordinary broadcasting experience and expertise across the wide range of Olympic sports. We look forward to delivering another world class coverage that will bring viewers more options than ever before via our digital offerings.”

Across three broadcast channels and an unparalleled digital offering streamed live on the 7Olympics app,

Seven will deliver Olympic Games coverage 22 hours a day, as well as Seven News and Sunrise.

In addition to Seven’s distinguished commentary team, Seven will be drawing on the best international commentators in the world via the BBC and Olympic Broadcasting Service.