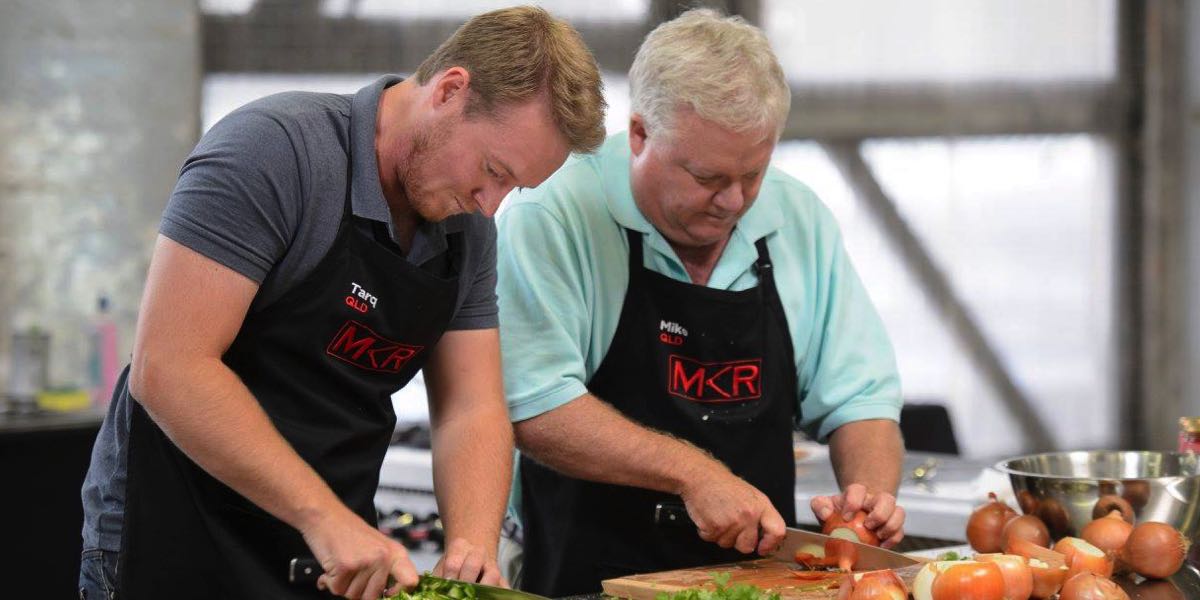 Curtis Stone to co-host US series with Cat Cora

• Major breakthrough for Seven with US commission for My Kitchen Rules

The Seven Network has announced its next move in its long-term strategy in the development and creation of market-leading content in international markets.

The program – a celebrity version of the successful format – has commenced filming. The deal with FOX for the United States builds on Seven’s agreement to create and produce My Kitchen Rules for Channel 4 in the United Kingdom and joins New Zealand, Serbia, Russia, Denmark, Belgium, Canada, Norway, Germany and Lithuania with “local” versions of the Seven format. In addition, the Australian version of My Kitchen Rules is seen in more than 160 territories around the world.

Commenting, the chief executive officer and managing director of Seven West Media, Tim Worner, said: “We are very excited to be working with FOX on this one. My Kitchen Rules is truly a labour of love for all of us at Seven. It has played and continues to play such an important role across all parts of our business. We are making significant progress in building our presence in international markets with our two joint venture businesses – 7 Wonder and 7 Beyond – securing significant commissions in the United Kingdom and the United States.

“My Kitchen Rules into the United States confirms the increasing international demand for our ideas, and our owned and created content and concepts.

“FOX’s enthusiasm for My Kitchen Rules underlines a major opportunity for our business to build and develop beyond the Australian market. Our company is about delivering premium audiences, and focusing on creating and developing new ideas and concepts that will drive our media businesses’ future in Australia and provide significant opportunities for the growth of our business beyond Australia. We are about creating and delivering our content to our audiences anywhere, anytime on any device,” Worner said.

My Kitchen Rules – created, developed and produced by Seven Productions – dominates the Australian television landscape as the most-watched programme on television over the past five years.

My Kitchen Rules will be produced for FOX by 7 Beyond, Seven’s joint venture with Beyond International in the United States.

Commenting, Brad Lyons, Seven’s network director of production, said: “Seven is now creating more content than at any time in its history and is expanding its presence in international content production with the formation of two new international production companies: 7 Wonder in the United Kingdom and 7 Beyond in the United States.

“The success of these two new businesses in garnering key commissions over the past twelve months underline a key part of our strategy for today and in the future: the expansion of our leadership in the production of content.”

Creator and Original Format: Seven Productions
Production Company in US: 7 Beyond, a joint venture of Seven Network and Beyond International
Production and Certain Development Services in United States: 7 Beyond and Beyond Productions, Inc.

About the US series
Fox has ordered an eight-episode season of the My Kitchen Rules cooking series that will pit celebrity duos against each other as they cook and critique each other’s food in Hollywood homes.
The teams will take turns hosting intimate dinner parties with a menu designed to impress their rival competitors and two professional chef judges, Curtis Stone (Top Chef Masters) and Cat Cora (Iron Chef America).
The celebrity duos include TV host and *NSYNC member Lance Bass, R&B recording artists Brandy and Ray J, comedian Andrew Dice Clay, country superstar Naomi Judd and reality TV star Brandi Glanville. The series will feature escalating rounds of competition, in which the celebrity duo with the lowest score at the end of each round will be eliminated. The last two teams standing will battle it out in the final round for a pressure-cooker evening, during which they will prepare and present their ultimate dining menu.
Curtis Stone is a chef, restaurateur, author, media personality and businessman. Stone trained in Australia and Europe for 12 years, eight of which were under renowned chef Marco Pierre White. After working his way to head chef of Pierre’s revered restaurant Quo Vadis, Stone was given his first television exposure, which sparked his successful television career in the UK, Australia and the United States, most notably on Take Home Chef, Top Chef Masters, Celebrity Apprentice and All-Star Academy. In 2014, Stone opened his first solo restaurant, Maude, in Beverly Hills, and currently is partnering with his brother, Luke, on Gwen, a specialty butcher shop and restaurant, which will open in Hollywood this summer.
Cat Cora is a world-renowned figure in the culinary world. Cora is an accomplished author, restaurateur, contributing editor, television host, avid philanthropist, lifestyle entrepreneur and proud mother of four.

About My Kitchen Rules