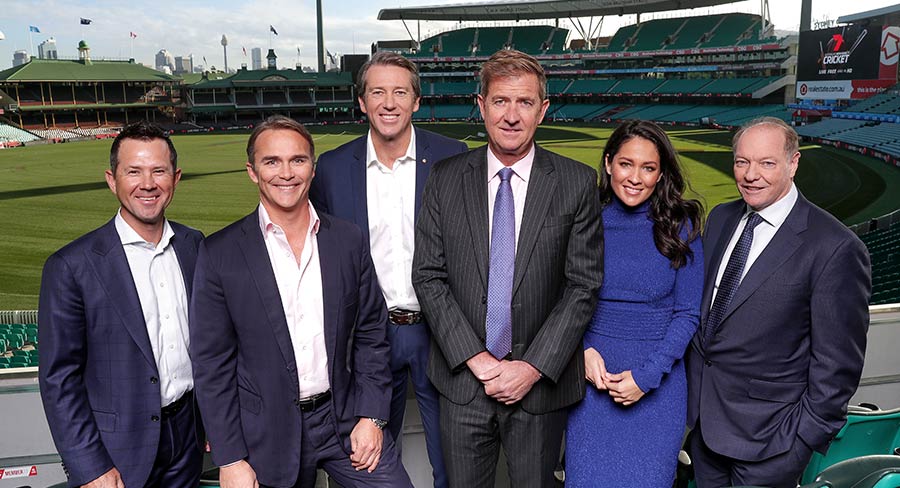 For the first time ever, both Test cricket and the Big Bash League will be broadcast on the same FTA network. For the next six years, Seven will screen:

• 43 BBL matches, including all marquee matches and finals
• All home International Tests, including the 2021-22 home Ashes, and every year’s Boxing Day and New Year’s Test matches
• Key Women’s BBL and International matches
• The most prestigious individual prizes in Australian cricket: The Allan Border Medal and Belinda Clark Award Seven’s Head of Cricket Dave Barham said: “We are looking forward to the summer of cricket enormously. Throughout the coverage, we will be showcasing the players, bringing out their character and personality with more than 30 player features and vignettes. Heartland cricket will also be championed as Seven highlights stories at community level and local cricket.

“And we’ll do all of this while respecting the history of cricket, now that we are custodians of the sport.”

Seven’s Mel McLaughlin and James Brayshaw will form a dual-hosted team for the first time ever in Australian cricket broadcasting in Test cricket.

The broadcaster also announced Bruce McAvaney will also be part of its cricket coverage, and will interview some of the sport’s most iconic figures during lunch breaks at Melbourne and Sydney Test matches.