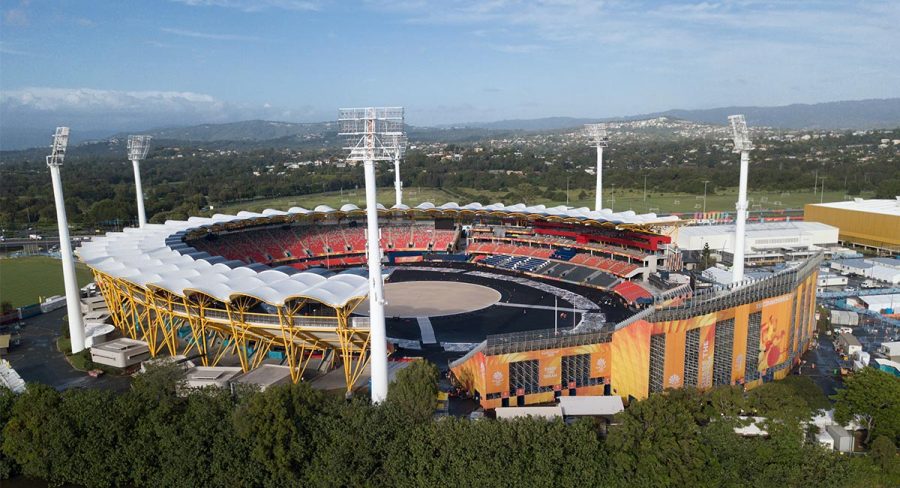 Want fewer ads? That will cost you a $20 subscription.

• Available on the screens of Seven: Channel 7, 7TWO, 7mate and 7CommGames app
• Seven’s first Commonwealth Games coverage since Manchester in 2002
• Want fewer ads? That will cost you a $20 subscription

Seven has released complete details of its Commonwealth Games coverage, including how much viewers will have to pay if they want to ensure complete access all areas.

Below is a summary of their media release this week.

Superstars of world sport will descend on the Gold Coast 2018 Commonwealth Games (GC2018) in April, including Australian stars Mack Horton, Cate and Bronte Campbell, Sally Pearson, Elaine Thompson, Kyle Chalmers, Mark Cavendish and more, as over 6,600 athletes and officials from 71 Commonwealth nations and territories share in a celebration of sport and entertainment.

Australians can watch the GC2018 on Channel 7, 7TWO and 7mate, as well as online and on the go with the 7CommGames app – free to download in the Android and Apple app stores. [But not free to see all coverage.]

Seven will deliver over 320 hours of broadcast television coverage across the 11 days of competition.

Daily coverage begins at 0800 AEST and earlier on some days, and continues until after midnight AEST each day. Channel 7 and 7TWO will showcase the best of the Commonwealth Games with 7mate also covering the action as Channel 7 goes to 7News.

The Seven Network returns as Australia’s Commonwealth Games Network for the first time since Manchester 2002. This complements Seven’s role as Australia’s Olympic Network, a commitment that now spans six decades. The 7CommGames app and website offer more Commonwealth Games coverage than ever before. Viewers can take their pick of the action from exclusive live event channels, long-form highlights, exclusive interviews and features. And it’s all available on the go, at work, or cast to the big screen in the lounge room.

• Seven’s broadcast coverage in stunning HD
• More sport and more choice with up to 20 live event channels across the day
• Full replays of the biggest and best events on each day of the Commonwealth Games
• Exclusive short-form interviews and features
• Less commercial content, meaning you get to the action faster
• Access Premium content across eight connected devices so the whole family can enjoy the action

*data charges apply except for eligible Optus mobile customers. Content such as adverts, authentication and app analytics are excluded from Optus’s free streaming and will incur data charges.

Seven’s team of experts and commentators will be calling the action and bringing to life a vibrant sporting and cultural event that will be truly unique to the Gold Coast.

Bruce McAvaney will lead the calling for Channel 7 at the athletics and other events, while Basil Zempilas will call the swimming and two-time Commonwealth Games silver medallist Dave Culbert will also call from the athletics. In the mixed zones Nathan Templeton will be poolside, with Pat Welsh at the athletics track and Sam Lane at the cycling capturing all the emotions from our athletes fresh from competition.

In addition, there will be commentary from a string of the biggest names in Australian sport via the host broadcaster including Andrew Gaze, Melinda Gainsford-Taylor, Jane Flemming, Kerri Pottharst, Robbie McEwan, Matt Keenan, Nikki Hudson, Russell Mark and Nicole Livingstone.

For a fun look at Gold Coast 2018, Mick Molloy, Sam Pang and Andy Maher return to The Front Bar. Joined by a host of former champions from years past, the team take a nostalgic and humorous look at the Commonwealth Games.