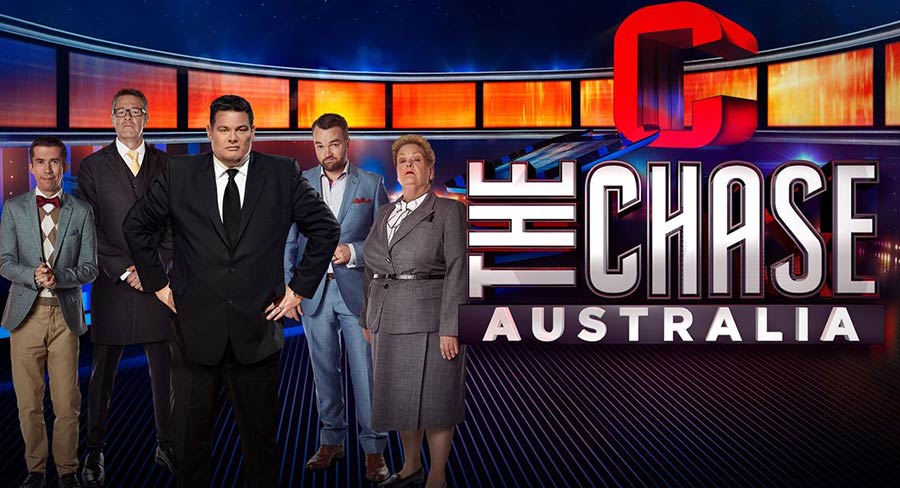 Those willing to try their hand at beating the Chasers can apply now at beatthechasers.com.au.

Seven has announced Beat The Chasers, a primetime special event series that supercharges its hit game show The Chase with over $500,000 up for grabs.

For the first time ever, the greatest quiz brains in Australia will try to beat four of The Chasers at once to have a chance at winning a massive cash prize in the grand final.

Featuring a team of Chasers – The Supernerd, Goliath, The Tiger Mum and The Shark – Beat The Chasers is based on the number 1 new format in the UK this year.

Angus Ross, Seven’s network programming director, said: “The Chase has proven unbeatable at 5.00pm, so we can’t wait to supersize it with Beat The Chasers. The prize money is bigger than ever before in each round, and it builds to a thrilling, high-stakes finale.

“We’re excited to see some of the country’s best brains test themselves against a formidable line-up of Chasers, with all the fun, tension and play-along we love – but dialed up to eleven.”

To be hosted by Andrew O’Keefe, Beat The Chasers will build on the dominance of The Chase at 5.00pm. The Chase’s audience has grown by over 7% year-on-year, winning every single week of 2020 to date.

Beat The Chasers was a huge hit when it aired on the UK’s largest commercial broadcaster ITV, increasing its slot average by 68%. With an average of 6.4m viewers and a 25 per cent audience share it fought off all competition in the 9pm slot. The series proved successful among young viewers too and was watched by an average of 24.6% of 16 – 34 year old viewers.

David Mott, CEO of ITV Studios Australia, said, “Beat The Chasers has proven itself as a dominant addition to The Chase family. This fast-paced quiz attracted a broad audience of quiz-lovers in the UK and we can’t wait to share it with Australian viewers. With the Chasers forming the greatest quiz team on the planet, it remains to be seen – can anyone Beat The Chasers?”

Those willing to try their hand at beating the Chasers can apply now at beatthechasers.com.au.