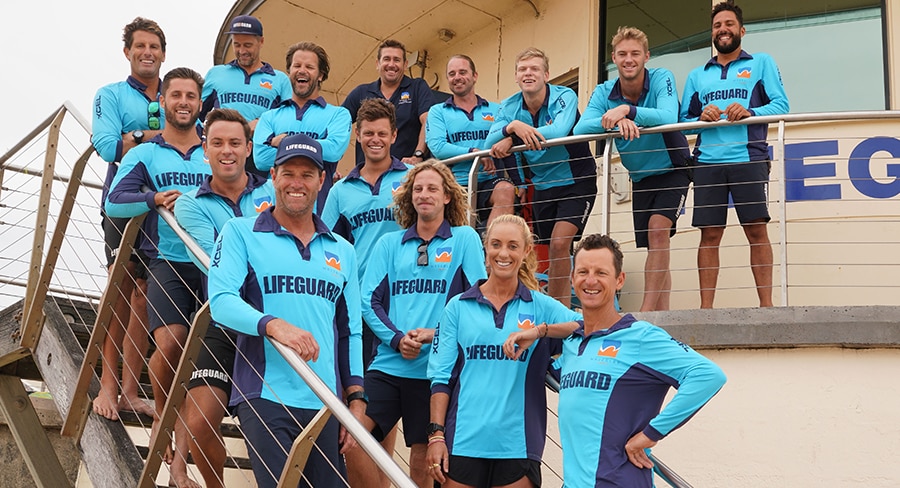 Home of the weird, wonderful, beautiful, deadly and dangerous, 10’s favourite lifeguards are joined by some new faces for a season-filled with thrills, spills and revelers. On Thursday, February 25 at 7.30pm, the 16th series of the long-running and well-loved Aussie show, Bondi Rescue, will be making its return.

Once again Bondi Beach is the place to spend the summer, as the world’s most famous lifeguards return for a new season. Even in a summer unlike any they’ve ever faced before, the Waverley Council lifeguards are back with just as much of a grin as ever. Diving into its 16th series, Bondi Rescue remains staple viewing for audiences in Australian and around the world.

This series, ten fresh-faced recruits join the Bondi Lifeguards, trading their training to brave the regular rips, sharks, andbag thieves as they keep beachgoers safe at Australia’s most spectacular and unpredictable natural arena. For the first time, viewers will also see how the Bondi Lifeguards dealt with a global pandemic.

Even though global tourism numbers have plummeted over the last 12 months, there are still a lot of people visiting the beach who have managed to get themselves into all sorts of strange – and sometimes very dangerous – situations. The lockdown may have affected how we move around, but it certainly hasn’t affected the need for Bondi’s lifeguards.

Produced by Cordell Jigsaw, Bondi Rescue was first broadcast in 2006, and is also broadcast internationally throughout 100 countries. The show was created and produced by Ben Davies, and is narrated by Osher Günsberg.

Bondi Rescue premieres Thursday, 25 February At 7.30pm, only on 10 and WIN Network.