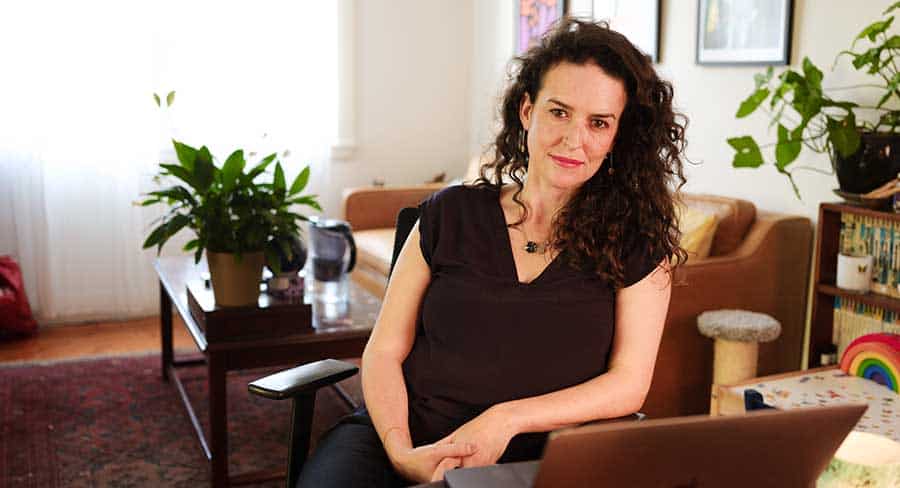 • On average, one woman a week is killed by a current or former partner in Australia

On average, one woman a week is killed by a current or former partner in Australia, and most Australians who experience domestic abuse will never report it and their abusers will never be called to account. Premiering 8:30pm Wednesday May 5 on SBS, landmark documentary series See What You Made Me Do explores an epidemic that has no signs of slowing.

Hosted by investigative journalist, Jess Hill, and inspired by her award-winning book of the same name, See What You Made Me Do will ignite a conversation about domestic abuse. The series asks what needs to be done to keep women and children safer and hold perpetrators to account.

Over three episodes, Jess meets victim survivors who describe the shape-shifting of abusive behaviours – with violence one element among many. She talks to perpetrators and the people working with them to curb their behaviours. Jess takes viewers across Australia, and beyond its shores, to explore radical innovations which could make a seismic difference to curbing this crisis in our homes.

The series gives voice to the traumatised families left behind, featuring interviews with the parents of Brisbane mother Hannah Clarke and the family of Melbourne mother Katie Haley. Audiences meet long term activist Phil Cleary, whose sister was murdered by an ex-partner. An entire episode will explore the question that Jess Hill has so often been asked in the seven years she has investigated domestic abuse – why doesn’t she just leave? The story of Tamica Mullaley and her son will leave viewers wondering how these names aren’t indelibly stamped on the national conscience.

See What You Made Me Do has been programmed during Domestic and Family Violence Prevention Month and will be accompanied by a range of content across the network exploring domestic abuse.

“Millions of Australians have been subjected to domestic abuse and coercive control. The time to confront it is now. Domestic abuse is a corrosive force undermining the fabric of our society, and causes immeasurable harm to individuals and families. It is still badly misunderstood, and our systems – police, courts, family law – are still a long way from being reliably protective. In fact, too often, they further enable the perpetrator and perpetuate the abuse. With this SBS series, we hope to kickstart more difficult and honest conversations – in our households, police stations, and parliaments. See What You Made Me Do is paradigm-changing television.”

“See What You Made Me Do raises a challenging but vital discussion about Australia today and the future we could forge. This series exemplifies SBS’s unique role and is one of the most important and outstanding series we have produced because of the way it addresses such a critical issue for our country, in such a powerful way.  There’ll also be a range of other programming and content across the SBS network during the month of May, further exploring the topic and engaging all Australians in the discussion.”

“It has taken over two years to build See What You Made Me Do from a difficult concept to a fully fleshed, sometimes beautiful, sometimes devastating, always important exploration of domestic abuse and coercive control in this country. When making See What You Made Me Do, we wanted the series to be bold and unflinching. It was imperative that we unlock the gates, open the doors and pull up the blinds where abuse hides. We hope this series encourages a national conversation and bold political action, creating an impact which resonates long beyond broadcast.”

Immediately following the final episode of See What You Made Me Do on SBS on Wednesday 19 May, Jess Hill will join a panel of experts to discuss solutions that Australia can implement today to solve the family violence crisis. The one-hour special will be hosted by The Feed’s Alice Matthews.

To support the documentary, educational portal SBS Learn will publish resources for school communities and families to better broach and understand respectful relationships. These include videos featuring young leaders speaking about their views on what respect means to them, as well as practical classroom activities and discussion guides. SBS will collaborate with the eSafety Commissioner on these educational outreach projects to extend the important messages in the series. This partnership builds on SBS’ previous collaboration with eSafety, on commissioned drama The Hunting.

See What You Made Me Do will be also be available to stream on SBS On Demand with subtitles in six languages: Simplified Chinese, Arabic, Vietnamese, Hindi, Punjabi and Korean, allowing more Australians to engage in the important topic. The issues explored in the series will be explored further across SBS Radio programs, including with an explainer video about coercive control and how migrant women face additional challenges in seeking support, produced in 20 languages. Featuring Jess Hill and Brisbane social worker Jatinder Kaur, the video will be available on the SBS Settlement Guide online and shared across social media by SBS’s language services.

The series will also be available with audio description for blind or vision-impaired audiences.

See What You Made Me Do premieres 8:30pm Wednesday 5 May on SBS and SBS On Demand.