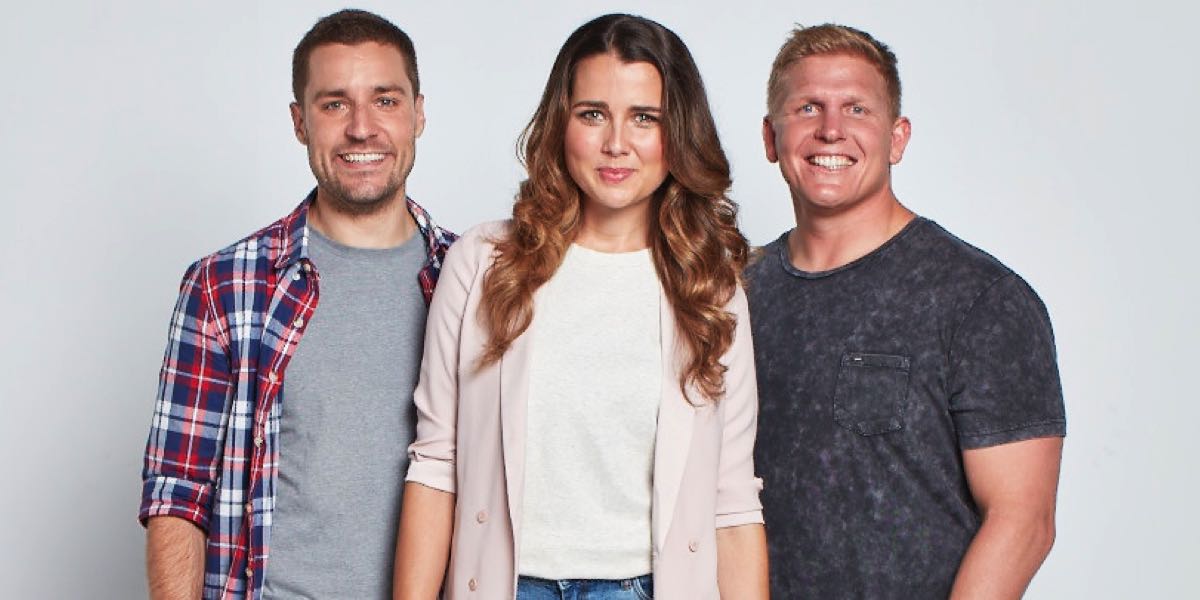 Actor, TV presenter and ex-Bachelor contestant Heather Maltman said: “I’m looking forward to getting back home. Queenslander’s are just so happy about everything! The Oasis Centre is my hood, I used to work at the Fresh n Fast Juice Bar!  I think I will bring a lot of love to the team and a perhaps a little bit of sass.”

“I’m really excited about giving the girls on the Gold Coast the opportunity to have a voice – it’s not just about my story and my views but theirs as well.”

Former NRL player Ben Hannant said: “I have travelled around the world for footy and the Gold Coast is still by far the best place to be. To be able to do this as a job and be back home on the Coast really ticks a lot of boxes.”

“The radio show environment for me feels a bit like a locker room situation, sitting around having a yarn. I feel comfortable in that environment and I’m a pretty open book so I think listeners will certainly learn a lot about me!”

Experienced radio guy Dan Anstey added: “The vibe on the GC is just so chilled out and relaxed but it’s not as in your face as Sydney and Melbourne. I can’t wait for that life.

“Essentially my job is to metaphorically run around with a lasso and reign the guys in, while also taking the mickey out of them a lot! While I have been in radio for much longer I think I’ll learn from them, giving me back an edge that perhaps I may have lost and the ability to be frivolous and loose and a bit rough around the edges.”

“We are very excited about our new Sea FM breakfast team. With such a broad range of backgrounds and experience, it is sure to be an exciting way for Gold Coaster’s to start their day.”

Raised in the Gold Coast ‘shire’ Heather is pumped to be returning home. As an actor and TV presenter, she has recently co-hosted Network Ten’s The Project and Studio 10. She is best known for her appearance on Ten’s reality show The Bachelor in 2015. She hosted Southern Cross Austereo’s Summer Radio Breakfast Show across Melbourne, Brisbane, Perth and Adelaide with Osher Günsberg and earlier this year co-hosted Ten’s I’m a Celebrity Get Me Out Of Here Now! with Joel Creasey.

Radio veteran who spent close to a decade working in the industry in South East Queensland before venturing off to Melbourne where he worked alongside the likes of Fi Fi Box & Dave Thornton as anchor of the Fifi & Dave Breakfast Show on FOX FM.

Anstey is co-host of Channel 9’s TV series ManSpace with Shane Jacobson, showcasing the most impressive man caves and collectors from across Australia, as well as addressing men’s issues and special interests.

Born and raised on the Gold Coast, Hannant rose through the Rugby League ranks playing with Palm Beach Currumbin High and the Burleigh Bears as a junior. He then went onto play 12 seasons in the NRL for the Canterbury Bulldogs, Brisbane Broncos, Sydney Roosters and most recently the Queensland Cowboys, where he won a premiership in 2015! He also represented Australia and Queensland in State of Origin.