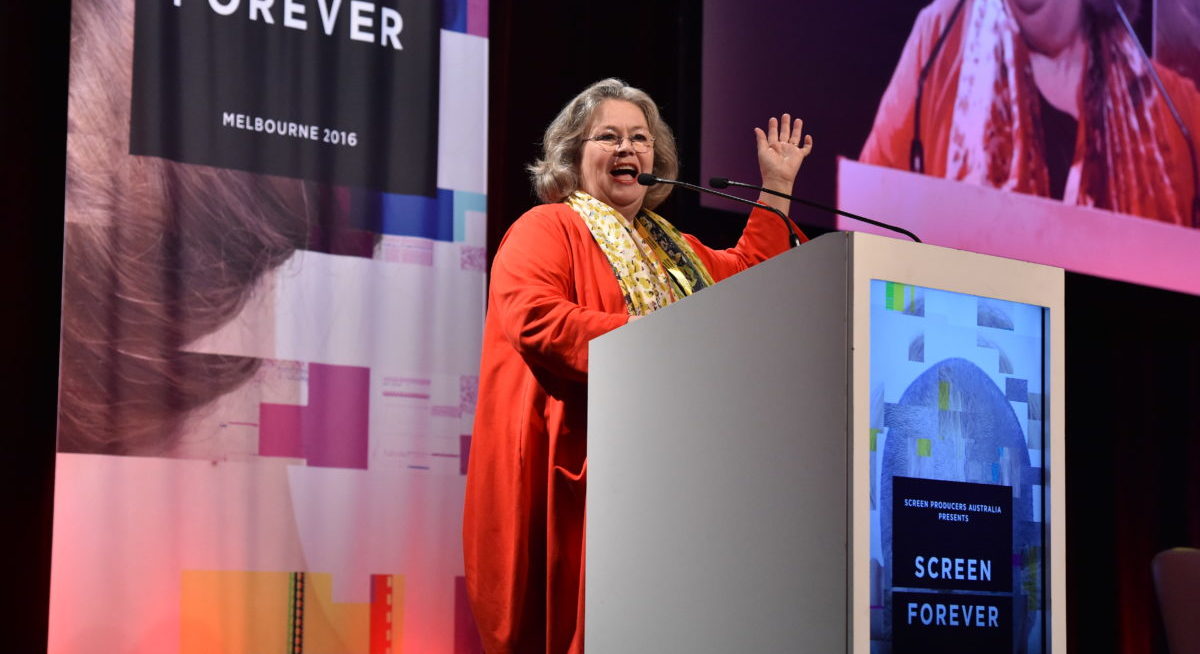 “I felt like I was onstage forever.” She was, at least in terms of conference time. She ran overtime, pushed back the complete morning schedule with some wondering if she’d ever finish. “Me included,” she laughed when quizzed about what kept her going. “I timed my speech, but it just went much longer than it should have. Each of those things I raised was important though.”

However, having the chance to hear her thoughts about the industry would have been lapped up by many.

As super sales executive Cathy Payne explains on page eight this edition, Graeme-Evans’ McLeod’s Daughters remains one of the most successful series ever, still racking up sales and still on TV schedules in many markets.

Eight seasons, 224 episodes…and a telemovie. Why is she not making more to service what seems to be a strong appetite for the program?

“I don’t know, but I feel I get asked that every day of the week. The issue for me is that if I did more McLeod’s Daughters I would never do anything else again as long as I lived.”

Making sure she paid credit where due, she remembered it was Hugh Marks, during a previous time at Nine, who was the reason both McLeod’s and Hi-5, a show she co-created with Helena Harris, were made.

Nine later bought the Hi-5 format from Graeme-Evans and Harris, and after it had somehow lost some of its magic, Nine then on-sold the format.

Now living in rural Tasmania, Graeme-Evans’ biggest outlet for her creative energies has been her novels, until recently. “I am halfway through my seventh book at the moment and I’ve got the stitch quite badly.”

Did she mean a bit of writers block? “Bit of a block! People talk about it and I always thought it would never happen to me. It feels like writer’s depression with me. I think that maybe it’s not all bad and I will emerge from it.”

One thing that would bring her novels and TV experience together would be her ambition to shoot the ending of every chapter she has had published, although she is not quite certain what to do with that content. “Is it an app, or something else? It’s the sort of thing that perhaps could be crowd funded.”

So how is life in Tasmania? “Adorable!” She says she doesn’t miss out on anything, even though she admits it is hard to recreate what you can get from face-to-face meetings. However, she says her Facetime meetings on her NBN get close.

And what is she watching? “I find it hard to watch drama because I can see the wheels turning. I’m watching The Crown and I love it.”