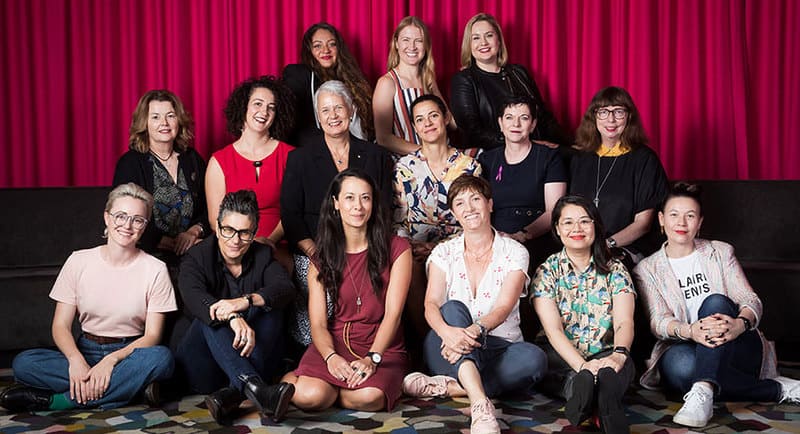 Screen Australia this week announced it is on track to meet its new Gender Matters KPI at the end of 2021/22, with 57% of key creative roles across approved development and production funding held by women and female-identifying people in 2019/20.

The KPI is to have at least 50% of the key creative roles across all formats (feature drama, television drama, online drama and documentary) that receive Screen Australia development and production funding to be held by women and female-identifying practitioners, across a three-year-average. This is the first year of the new KPI reporting and considers the key creative roles of producer, writer and director. The tracking period is 2019/20 to 2021/22.

“We want to see real and significant inclusion of women in screen projects and ensure our female and female-identifying practitioners are equally represented in our industry,” said Joanna Werner, Screen Australia board member, chair of the Gender Matters Taskforce and acclaimed producer.

“While we are encouraged by the result overall, the KPI has been lifted by high levels of participation by women in development applications, and these high levels are not yet carrying through to some areas of production.

“We can also see in industry-wide data that tracks participation over an eight-year period that men continue to dominate all key creative roles in feature production, and writer and director roles in television drama, online drama and documentary.

“Systemic change is not something that happens overnight and we recognise that there is still more progress to be made. We hope to gain valuable insights from this three-year KPI reporting period, as we continue to work towards achieving gender parity,” added Werner.

Screen Australia has also released data relating to protagonists of successful feature, online and television drama development and production applications in order to monitor female representation on screen, however this is not counted towards the overall KPI.

“Screen Australia puts consideration around what stories are being told and who is telling them at the centre of our decision making. The inclusion of development data in the Gender Matters KPI shows our commitment to ensuring women are not an afterthought or quota for inclusion that needs to be filled on projects when they reach production – they are present every step of the way,” said Nerida Moore, Screen Australia’s head of development.

“While the first year results for development are promising, the process of developing a project can take anywhere upwards of five years for a feature drama, and around two years for episodic content to move in to production. Many projects we see included in this year’s successful development applications won’t reach production by the end of this three year KPI reporting period. A number of factors influence conversion rates including marketplace, natural attrition and creative reasons. We want to continue to see strong results across every application area and hope this in time converts to more female-led projects being made,” said Moore.