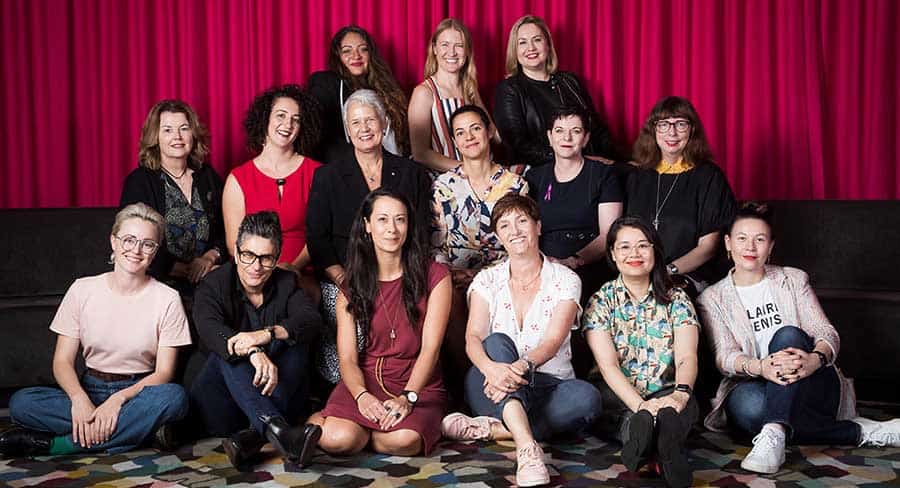 The first initiative is Gender Matters Webinars, an exciting series of webinars hosted by Screenworks, and presented by a range of successful women working in key creative roles across the Australian screen sector. The second is Gender Matters Connect, a mentoring program that will connect women and gender diverse screen practitioners with industry mentors, delivered by Women in Film and Television Australia (WIFT Australia) and Screen Australia.

Screen Australia’s head of content, Sally Caplan said, “Screen Australia champions gender equity, inclusion and diversity throughout the screen sector, and these initiatives have been developed to deliver real and tangible outcomes for those beginning to work within the industry or taking the next steps in their career.

“Gender Matters was created to address the underutilisation of female talent in key creative roles in the Australian screen industry, and we hope these initiatives will work towards greater gender parity by connecting with, supporting and empowering people currently underrepresented within the industry. We thank the speakers at the Gender Matters Webinars and mentors participating in Gender Matters Connect for leading by example and sharing their experiences and expertise with participants. It is important that practitioners feel empowered and can see a pathway to achieving their goals within the sector, and we hope these initiatives will assist participants in their chosen career.”

Gender Matters Taskforce chair, Joanna Werner said, “The Gender Matters Taskforce is proudly committed to supporting systemic change within the industry. The heart of our mission is to see the inclusion and representation of women significantly rise, ensuring gender parity is widely achieved. We are passionate about assisting individual practitioners within the industry, with the ultimate goal of enacting an overdue widespread cultural change, by empowering and supporting more women and bringing opportunities for greater representation to the screen sector.”

Screenworks, in collaboration with the Gender Matters Taskforce and Screen Australia, will host Gender Matters Webinars, a series of webinars over five weeks from the end of April. The webinars will cover a cross-section of the screen sector, with individual sessions focusing on screenwriting, directing, producing, documentary filmmaking and heads of departments/crew roles, and will be presented by women working across the Australian screen sector.

Registrations to attend these webinars are now open.

Screenworks industry development manager Jeanie Davison said, “We’re very excited to be collaborating with Screen Australia and the Gender Matters Taskforce on this initiative. Encouraging diversity of voices in the screen industry is really important to us at Screenworks, and these webinars are also designed to help connect practitioners in regional, remote and rural parts of Australia to the wider industry. It will be a great opportunity to interact with some of the country’s most accomplished filmmakers across a range of disciplines and genres, and to feel a sense of community, wherever in Australia participants are based.”

Gender Matters Connect will facilitate mentorships between emerging to mid-career professionals, with experienced practitioners from the Gender Matters Taskforce, Screen Australia, and the wider screen industry. The program will include 3 x 1 hour one-on-one mentorships, group workshops, access to an exclusive online Facebook group to facilitate networking, as well as introductions to screen funding bodies.

WIFT Australia chair Katrina Irawati Graham said, “WIFT Australia know the systemic issues in the screen industry can lock out female and gender diverse voices. This especially impacts people who are also from historically marginalised communities. Key relationships created by mentorship programs can unlock new and reciprocal pathways for participants. This makes them a powerful tool in the fight for gender equality, equity and parity. We welcome the collaboration with the Gender Matters Taskforce in creating support and access via the Gender Matters Connect mentorship program.”