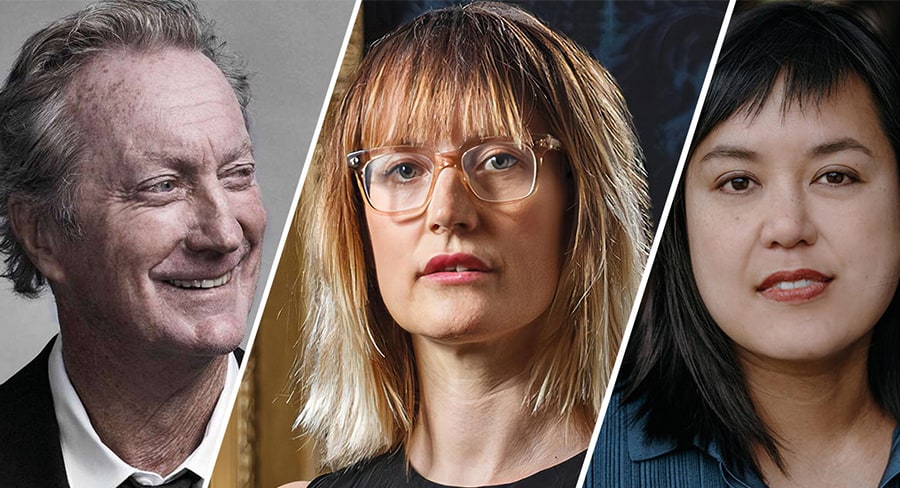 • Of the 21 projects, 10 have been supported through the Generate fund

The projects include a television adaptation from Bunya Productions of the 2018 film Ladies In Black; a feature film from Bryan Brown called Dead Certain; and The Family Doctor, a television drama from one of the creators of Offspring.

Screen Australia’s Head of Content Sally Caplan said, “We are impressed by the rigorous creativity of Australian creators and are thrilled to support so many novel ideas coming through the pipeline as the industry continues to rebound from COVID-19. It’s great to see a number of engaging stories set around iconic milestones in Australian history, from the building of the Sydney Harbour Bridge, to the social change that took place in the 60s or the recession in the 80s, and I look forward to seeing these projects develop further.”

Of the 21 projects Screen Australia is funding, 10 have been supported through the Generate fund and 11 through the Premium fund.

The Latest Projects Funded For Development Include:

1989: A feature film which follows a hard-working Vietnamese refugee family in Sydney during Australia’s major recession in 1989. When 10-year-old Tram, her brother Anh and their mother Hien lose everything, the family make one last trip to Newcastle to seek refuge on the family’s struggling duck farm where they discover friendship, hope, and one giant turtle. This family comedy will be written, directed and produced by Khoa Do, whose credits include feature film The Finished People and SBS drama series Better Man.

Blood In The Sky: An eight-part television drama set during the building of the Sydney Harbour Bridge in the 1930s. The series follows the arrival of UK company man Alex Rendell and his wilful daughter Rose, who plunges them both into the melting pot of the bridge workforce and a web of intrigue, corruption and murder during the desperate times of the Great Depression. Created by Alexa Wyatt (Janet King) and Karl Zwicky (Underbelly) with a pilot script by Wyatt, Blood In The Sky will be directed by Jocelyn Moorhouse (Stateless) and Zwicky. Other writers include Andrew Anastasios (Jack Irish), Larissa Behrendt (After the Apology), Michelle Law (Homecoming Queens) and Jess Paine (The Heights). It will be produced by Zwicky and Wyatt in partnership with Beyond Entertainment and David Ogilvy as executive producer.

Dark Matter Don’t Matter: An online science-fiction comedy set in the near future when the world’s population have evacuated Earth, and a small Aboriginal community is left behind. The last to leave, they take matters into their own hands and launch themselves towards the stars in a homemade spaceship. This five-part series will be written by Tamara Whyte (Jemima To Jeremy), Isaac Lindsay (Konya) and country music artist Warren Milera. They are joined by writer/producer Philip Tarl Denson (Mining Boom).

Dead Certain: A feature film from acclaimed actor and producer Bryan Brown and writer Joanna Murray-Smith, who recently collaborated on Palm Beach. This drama centres on successful crime writer Harry King, who gives up on life after his adored wife Georgia is killed in an accident. When Harry unexpectedly falls for Maya, a self-help writer, the ghost of Georgia is a constant companion and Harry knows he must confront his own demons to embrace a new chance at life.

Ladies in Black: A television adaptation of the book and 2018 film of the same name. The series takes place in Sydney in 1961, six months after the events of the novel and film and follows the lives of the “ladies in black” during a time of great change and upheaval. This series will be written by Sarah Bassiuoni (The Heights), Joan Sauers (Wakefield), Greg Waters (Riot) and Randa Sayed, and is produced by Greer Simpkin and Sophia Zachariou of Bunya Productions (Mystery Road). The executive producers are Sue Milliken and Allanah Zitserman who produced the feature film.

The Family Doctor: A six-part television series created and written by Offspring co-creator Debra Oswald, with Michael Lucas (Five Bedrooms). This drama follows dedicated GP Paula who, desperate to protect women and their children from violent partners, is driven to use her medical skills to commit murder. It will be produced by Joanna Werner (Riot).