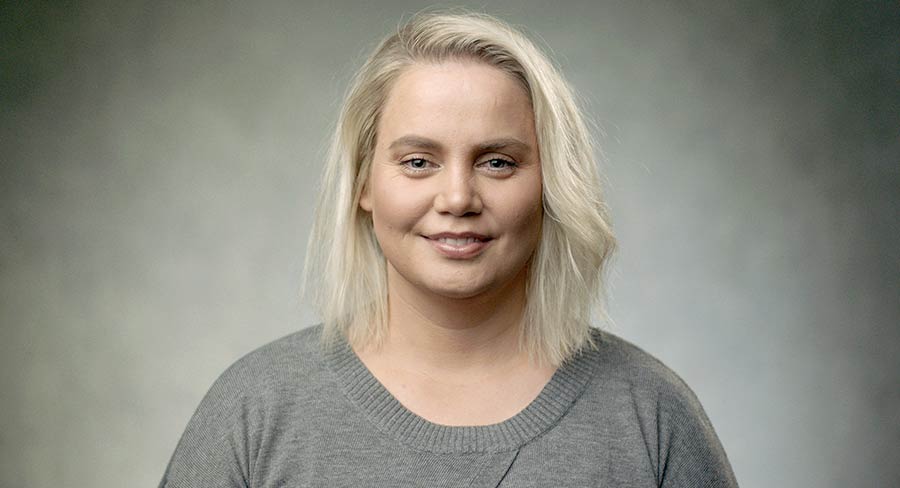 Projects include feature-length documentary Jelena: Unbreakable about tennis star Jelena Dokic, a two-part series for the ABC, The Pool written by acclaimed author Christos Tsiolkas, as well as a 10-part short documentary series featuring Julian Burnside in conversation with some of the world’s leading defenders of human rights in the West, The Burnside Conversations.

“We continue to be blown away by the ability of Australian documentary makers to connect and move audiences with complex human stories and issues of the moment. These latest projects will share the stories of remarkable Australians from those with neuro-diverse conditions looking for love, to the life of Oscar-nominated screenwriter Luke Davies,” said Bernadine Lim, head of documentary at Screen Australia. “I’m also pleased to see Australian documentary makers continue to tackle international stories, sharing our perspective on the world around us.”

In total $1,385,000 in production funding was allocated through the Producer program, and $2,165,000 through the Commissioned program. An additional $140,000 was provided in development funding to 10 documentaries.

Geeta: A feature documentary from Colour Films about a mother’s inspiring and transformative love for her daughters and the change that follows. It tells the story of an Indian acid attack survivor who goes on to campaign for change in her community. The creative team includes writer and director Emma Macey-Storch (Meet + Eat), producer Adam Farrington-Williams (The Coming Back Out Ball), and Emmy Award-winning executive producer Geoffrey Smith (The English Surgeon). Film Victoria provided development funding for this project.

HeadOn: A six part web-series presented by acclaimed short-form filmmaker Darius Devas (The Word: Rise of the Slam Poets) that examines the lives of young Australians suffering in the midst of the mental health crisis. The series is written and directed by Devas and driven by his desire to understand the loss of his friend to suicide and his own journey through anxiety. The series is being financed with support from headspace, and is partnering with Orygen Youth Mental Health, SANE Australia, Bipolar Australia, Mindfulness.com and Asylum Seeker Resource Centre and the Centre of Rural and Remote Health.

Jelena: Unbreakable: A feature-length documentary from Cordell Jigsaw Productions which tells the remarkable story of Jelena Dokic – an elite tennis star who beat the best in the world with a mental toughness few could match. Jelena survived the turmoil of being a refugee, the pressure of centre court, and the burden of a volatile father. The documentary will be written and directed by Amanda Blue (Deep Water – The Real Story), and produced by Andrew Farrell (Working Class Boy).

Milkman: The story of Luke Davies – poet, author and Oscar-nominated screenwriter – whose semi-autobiographical novel Candy and its big screen adaptation placed him at the intersection of fiction and his own reality. Milkman tells the story of a life still being written. Davies is now one of Hollywood’s most in-demand writers and is working on the TV Series adaptation of Catch 22 starring George Clooney. His film credits include award-winning Australian feature Lion and Beautiful Boy. Eddie Martin (Have You Seen the Listers) and Davies are co-directing the project with Sarah Shaw (Snowtown) producing. Executive producers are Anna McLeish (Sunshine), Richard Payten (Sweet Country), Andrew Mackie (Candy) and Davies.

My Big Fat Italian Kitchen: A delicious feel-good story from Yarra Bank Films. Written and directed by Trevor Graham (Monsieur Mayonnaise) this feature documentary follows Antonio de Benedetto, an Italian chef on a quest to change the world with food. His apprentices are aspiring chefs with Down syndrome who travel from across Italy to train and work in hospitality and take their place at the table of life and find their pathway to freedom and independence.

No Time for Quiet: A feature documentary from Film Camp which follows a group of teenagers who find their voice through a unique rock’n’roll community. Written and directed by Hylton Shaw and Samantha Dinning (Guardians of the Strait) and produced by Philippa Campey (Galore), it looks at three participants of the inaugural Girls Rock! Melbourne camp and how they find their sense of belonging and identity through music. Film Victoria provided development funding for this project.

The Bikes of Wrath: A story of adventure, humanity, and America today, told through the lens of Steinbeck’s Pulitzer Prize-winning novel, The Grapes of Wrath from Doss Flamingoss. The six-part series and feature-length film, which are written, directed and produced by Cameron Ford (The Katering Show) and Charlie Turnbull, follow five Australian friends as they attempt to cycle from Oklahoma to California in honour of the Dust Bowl migration of the 1930s. The group explores whether America has progressed since the book was written, discussing the wealth gap, immigration and the American Dream. This project was financed with support from Film Victoria.

The Burnside Conversations: A 10-part short documentary series from Rymer Childs productions featuring Julian Burnside in conversation with some of the world’s leading defenders of human rights in the West. With asylum as their focus, they share their future predictions, frustrations and fears about where the world is heading. The series will be produced and directed by Judy Rymer, who recently made the feature documentary Border Politics.

Under the Volcano: A feature-length documentary from Rush Films which tells the story of AIR studios Montserrat, a state-of-the-art recording facility tucked away on a remote island in the Caribbean. Built by Beatles producer Sir George Martin, the studio formed the backdrop to monumental events in music history. Through personal accounts, never-before-seen footage and backed by a blistering soundtrack, this feature is a definitive account of the place that stumbled upon the perfect storm of talent, technology and isolation, creating music that would live on long after the last tape rolled. Directed by Gracie Otto (The Last Impresario), the documentary will be produced by Cody Greenwood (The Beeman) and Richard Harris. Screenwest provided development funding for this project.

Video Nasty – The Making of Ribspreader: A six-part series for online from Closer Productions, that follows underground horror filmmaker Dick Dale on his quest to make his first low-budget feature film Ribspreader. Infamous for producing what he describes as “splatter-punk video nasties”, Dick has been a cult hero in Australia’s underground film scene for over 20 years. The creative team includes South Australian writer and director Matthew Bate (Sam Klemke’s Time Machine) and producer Katrina Lucas (Love in the Time of Antidepressants).

Body Hack 3.0: An eight-part series from Essential Media for Network 10 following Todd Sampson on a mission to investigate the most extraordinary people on the planet to see what we can learn from their lives. The series is co-written by Jeff Siberry and Todd Sampson who worked together previously on Body Hack series one and two. Jeff Siberry will direct the series, while Chris Hilton (The Go-Betweens: Right Here) and David Alrich (The Pacific: In the Wake of Captain Cook, With Sam Neil) will work alongside Sampson as executive producers.

Employable Me Season Two: A new three-part series of the critically acclaimed Employable Me from Northern Pictures will return to the ABC in 2019. The series will follow the stories of nine people with disabilities as they battle to find work. The series will be directed by Cian O’Clery and produced by Jenni Wilks with Karina Holden on board as executive producer.

Love on the Spectrum: A four-part series for the ABC from Northern Pictures that looks at relationships and dating for those with an Autism Spectrum Disorder. The uplifting series draws on relationship coaching to help young people with neuro-diverse conditions find love and shift the public perception of disability. The series is being produced by the team behind the acclaimed ABC series Employable Me.

Silent No More (working title): A two-part documentary series for the ABC from Southern Pictures that will follow campaigner Tracey Spicer to reveal the true story of Australia’s hidden epidemic of workplace sexual harassment, its devastating personal and public cost, and how we can change things for the better. The series is being written and directed by Anita Brown (Struggle Street), with Laurie Critchley (Hawke: The Larrikin & The Leader) on board as executive producer.

The Artful Dissident (working title): A one-hour observational documentary from Identity Films for the ABC. The film is being written, directed and co-produced by Danny Ben-Moshe (My Mother’s Lost Children). Synopsis details about this project will be revealed at a later date. This project was financed with support from Film Victoria.

The Pool: A two-part documentary series from Mint Pictures for the ABC written by acclaimed Australian author of The Slap, Christos Tsiolkas. The series dives into the social, historical, and political role the swimming pool plays within Australian society and psyche. From the original pool (the billabong) to historic pools and iconic coastal pools, Olympic pools, outback pools and the humble backyard pool, the series unearths the history of the pool in Australia. It will be directed by Sally Aitkin (David Stratton: A Cinematic Life) and produced by Dan Goldberg (Food Fighter).

Will Australia Ever Have a Black Prime Minister?: A one-hour documentary from Joined Up Films for the ABC that will examine the barriers to having an indigenous national leader. Presented by actor Mark Coles-Smith, the documentary will be directed by Catriona McKenzie (Mr Patterns), and produced by Danielle MacLean (Carry the Flag) and Jacqueline Willinge (Is Australia Racist?). The project was financed with support from Screenwest.