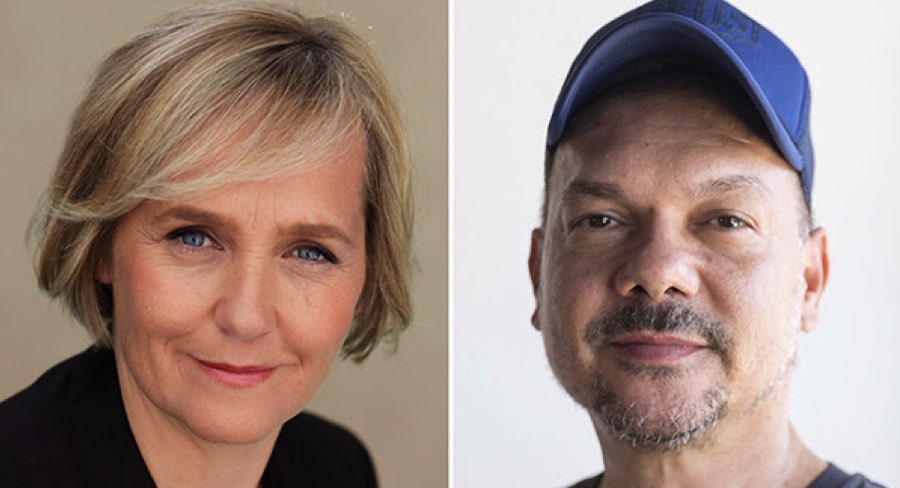 $1.3 million was allocated through the Producer program, and $1.4 million through the Commissioned program.

This latest slate includes Revelation, a three-part series commissioned by the ABC, where award-winning journalist Sarah Ferguson investigates the forces behind child abuse inside the Catholic Church and the extraordinary cover-up that took place, a feature documentary that tells the story of iconic indigenous performing arts company Bangarra called Firestarter – The Story of Bangarra and an online series called States of Consent that focuses on a victim of sexual assault trying to get justice against all odds.

Screen Australia head of content Sally Caplan said, “Documentary continually works as a platform to amplify marginalised voices and ideas, and there is a variety of stories in this slate from multicultural, transgender and indigenous perspectives that will enrich and enlighten viewers.

“The documentary art form allows us to unravel and explore complex and often challenging topics, and these projects take on some difficult and topical subject matter including death, abuse and consent. These are important Australian stories that will be recorded as part of our shared national history.”

In total $1.3 million was allocated through the Producer program, and $1.4 million through the Commissioned program.


• The Bamboo Bridge: A one-hour television documentary written and directed by anthropologist Juan Francisco Salazar, with executive producers Pat Fiske and geographer Katherine Gibson, and produced by Matadora Films comprising Claire Fletcher and Alejandra Canales. This documentary looks at the stories that take place around a unique 1.5 kilometre long bamboo bridge that for generations has been built every year following the rhythms of nature across the Mekong River to join the rural community of Koh Paen to the city of Kampong Cham in Cambodia. In 2017 the bamboo bridge was dismantled for the very last time and replaced by a huge government-funded concrete bridge that put an end to this architectural masterpiece and triggered rapid change to the local way of life. This documentary illustrates the complexities of environmental and social change as witnessed by three generations of bridge builders who tell stories of this unique sustainable structure and the local community it sustains. Western Sydney University has supported the project.
• Bone To Pick: A new feature documentary from writer-director Jo-Anne Brechin (Zelos) and producer Danny Lachevre of FanForce Films. Brechin’s film will follow a dedicated pet owner who switches his beloved rescue dog from eating processed food to a raw diet in an effort to cure his chronic illnesses. His dog’s dramatic recovery surprises everyone, and together he and his owner embark on a journey to end the global epidemic of sick pets.
• Cryptopia – Bitcoin, Blockchain And The Future Of The Internet: The second documentary film from the creative team behind Bitcoin: The End Of Money As We Know It (2015). Co-directors Torsten Hoffmann and Michael Watchulonis return to investigate Blockchain, the technology underlying Bitcoin, and its potential to reinvent the future of the internet. This film will explore whether technology can really provide a robust alternative to current systems, prevent financial meltdowns and keep our private information safe. It follows the most influential figures and outspoken critics of this new controversial trillion-dollar industry. Studio Hamburg Enterprises is the German co-production partner and the project is currently also crowdfunding on Kickstarter.
• Firestarter – The Story Of Bangarra: A feature documentary co-written and co-directed by Nel Minchin (Making Muriel, Matilda & Me) and Wayne Blair (Cleverman, The Sapphires) alongside multi-award winning producer Ivan O’Mahoney (Hitting Home, The Queen & Zak Grieve) of In Films and executive producer Nial Fulton (Making Muriel, Hitting Home). Marking Bangarra’s 30th anniversary next year, Firestarter will tell the story of one of Australia’s most iconic performing arts company: Bangarra Dance Theatre. Through the eyes of its celebrated artistic director, Stephen Page, it tells a tale of unparalleled success in the face of adversity and pain. Interweaving exclusive and intimate behind-the-scenes footage, Firestarter uncovers the roots of Page’s artistic activism and the socio-political context from which he and Bangarra have grown. This project was financed with support from ABC, and Create NSW. Icon Films is on board as the Australian and New Zealand distributor. • Heart of the Queen: A new feature-length documentary from first-time director Matthew Walker being produced by Carolina Sorensen and Clare Lewis’s company People Productions with Tait Brady of Acme Film Co. as the executive producer. This documentary tells the story of Wanita, a chaotic and talented singer from Tamworth who risks it all to take one last glorious stab at her lifelong dream: to become a country music great in Nashville. Heart of the Queen

• Martha: A feature documentary from director Selina Miles (The Wanderers), producer Daniel Joyce (Barbecue) of Projector Films and acclaimed executive producer Jennifer Peedom (Sherpa, David Stratton: A Cinematic Life). In the 1980s, as the boroughs of New York City burned, Martha Cooper was one of the handful of photographers documenting the first vivid images of a fledgling graffiti scene. Twenty years later, her book Subway Art would become one of the most sold (and stolen) art books of all time. Martha’s images catalysed a global movement, revealing humanity and empowerment in a culture otherwise defined by race, crime and poverty. With Cooper now in her 70s, Miles’s documentary follows her as she continues to document the beauty in otherwise neglected communities and begins to question her own place in a world now dominated by selfies and Instagram art.
• States of Consent: A short 20-minute online documentary from director Blue Lucine (The Eviction) and producer Mariel Thomas. This documentary will look at the fear, shame and intimidation that prevents most sexual assault victims from ever taking legal action. States of Consent will follow the story of one woman trying to get justice against all odds when she is sexually assaulted while working as an entertainer. Faced with old-fashioned clichés, this woman fights against the legal system in a Supreme Court battle in Australia. This project has been produced with the support of Guardian Australia.
• Uluru & the Magician: A feature documentary that follows the incredible journey of Dave Welsman, a Sydney kids’ magician determined to reboot his life with a grand illusion to make Uluru disappear. As Dave works alongside the Rock’s traditional owners and indigenous custodians to pull off this spectacular stunt, he discovers the profound cultural and spiritual significance of Uluru, and his own illusions about fame and success begin to disappear. Multi-award winning documentary filmmaker Anna Broinowski (Forbidden Lies, Aim High in Creation) will write and direct the film alongside producers Rachel Clements and Trisha Morton-Thomas of Brindle Films, who produced The Song Keepers. Uluru & the Magician was the only Australian project to be selected for the Pitch Forum at the 2018 Hot Docs International Documentary Festival.
• Virtual Yagan VR: A groundbreaking new project that blends accurately generated landscapes, 3D animation and interactive tasks along with traditional documentary techniques to give audiences a firsthand experience of pre-contact Whadjak Noongar culture. This 6 x 5 minute VR narrative will immerse viewers in the time of Yagan, an indigenous Noongar warrior who lived between 1795 and 1833 and resisted colonial settlement in the area surrounding what is now the city of Perth. This documentary explores the pre-contact relationships of Noongar people to land, ecology and identity before examining the dramatic changes and events set off by the moment of first contact. Alice Wolfe (Behind the Blue Line) of Periscope Pictures will produce the project with Sam Bodhi Field (Beneath the Waves) and Karla Hart (Family Rules) co-writing and directing, and Brett Leavy working as the VR artist.