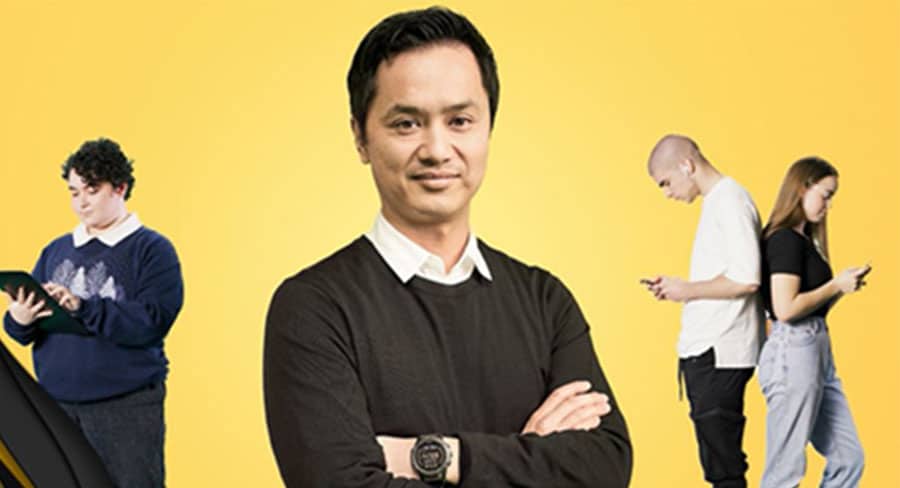 • It is the world’s first interactive documentary

The world-first interactive documentary Are You Addicted to Technology? invites audiences to go on a journey of enlightenment to discover how concerned we should be about our relationship with technology by offering a personalised investigation into the user’s own tech dependency through an interactive questionnaire built into the documentary.

Hosted by child psychiatrist Dr. Kim Le, who has himself experienced gaming addiction, this first of its kind experiment exclusive to SBS On Demand will guide users through the matrix of technology addiction, revealing the tricks used by Big Tech that draw us to their products to help us understand how we got here, and what we should do next.

Cutting edge visual effects accompany the built-in questionnaire which prompts the audience to answer Dr. Kim Le’s questions. The aim is to be a wake-up call for those who have become victims of the lucrative attention economy. The documentary also explores the impact of technology on the next generation and the worrying trends within the classroom.

Kylie Boltin, SBS commissioning editor said, “Technology has become an integral part of our daily lives and most people would say they have a handle on their relationship with their smartphone – but do they really? We’ve commissioned the biggest national survey of its kind to find out just how bad Australia’s tech addiction is, and the negative impacts this is having on our kids and adolescents. The results are alarming. This is a must-watch for anyone with a smartphone, and the parents of children who own them.”

Commissioned by SBS and instigated by Joined Up and Closer Productions, the largest national survey of its kind was carried out by Dr. Sharon Horwood, senior lecturer at Deakin University’s School of Psychology, to capture the extent of technology addiction in 2021.

Dr. Kim Le, child psychiatrist and Are You Addicted to Technology? host said, “As a psychiatrist working on the front line, I see the psychological effects of technology addiction on the brain every day. As someone who has experienced gaming addiction, I am fascinated by the Internet gaming world. It was a privilege to be part of this project because my aim is to help others enjoy gaming and technology in a healthy way.”

A Closer Productions and Joined Up Films production for SBS. Principal production investment from Screen Australia in association with SBS. Financed with support from Screenwest and Lotterywest, and the South Australian Film Corporation.

Are You Addicted to Technology? Streaming from Wednesday, 21 April on SBS On Demand (Available only on iOS, TVOS, and iPad).