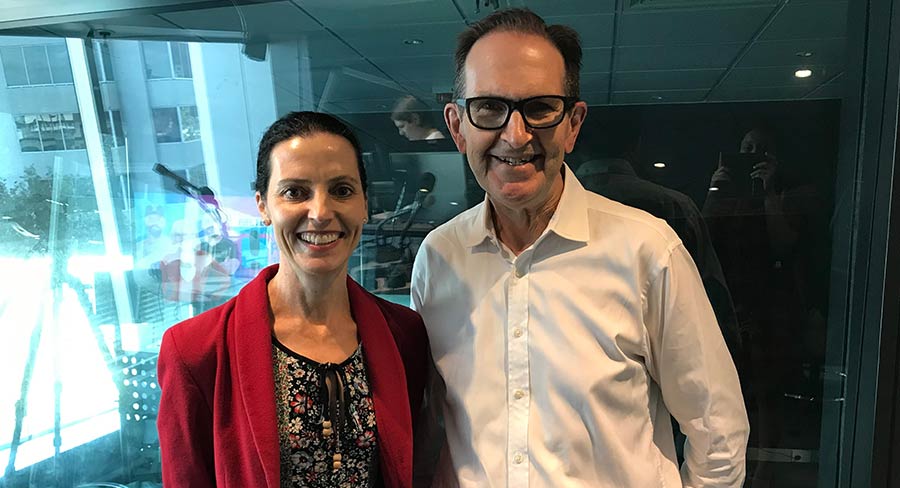 The ambitious television schedule at SBS in sometimes misunderstood, with people questioning whether certain elements of that strategy are on charter.

It’s not a question you often hear directed at SBS Radio.

“Everyone who works in our audio division is from the communities we cover and they have lived the migrant experience,” Mandi Wicks told Mediaweek in a podcast last week.

Wicks is the SBS director of audio and language content. The former radio news director came to SBS via Austereo, Macquarie Radio and Nova. The SBS job is a big one – 200 staff, 8 live radio stations and programming in 68 languages.

“The stories that come out of our language services are amazing. I often say language is our superpower. Through language you can pretty much access stories anywhere in the world. More and more we are taking those stories and translating them into English and getting them out through our news services to programs like SBS World News, Insight, Dateline where they are shared with all Australians to enjoy and engage with.”

Wicks said it is frustrating not to be part of the GfK radio ratings, but it was a decision SBS made. “The reason is the ratings diaries are done in English, which makes sense, but with 4.8m people speaking a language other than English in Australia we feel that to be a part of that survey in English we would probably be underrepresented. People who don’t speak English at all would probably not be filling out a diary.

“We do our own research with McNair yellowSquares and we do a deep dive into the bigger languages every year to understand our reach and our share. Also the reasons people listen to us and their perceptions – are we trusted, are we considered balanced and impartial? Things that are really core to our charter and purpose.”

Wicks said SBS Radio has commercial partners, and the restrictions surrounding advertising and sponsorship are similar to those for SBS television. “We have a limit of five minutes per hour and the amount we sell always varies. Vietnamese is always full as it very popular.

For advertisers that want to engage with many of the different communities that SBS Radio services, the broadcaster can help with the creative. “We have a commercial in-language production arm and all they do is help translate campaigns into languages needed.”

Wicks wasn’t able to break out the ad revenue that radio generates, but she was able to say year-on-year revenue was up. “The reason we take advertising is that it allows us to generate revenue to put back into distinctive, charter-focused content.”

One of the first things Wicks learnt when she moved from commercial broadcasting to SBS was the number of radio stars they employed. “When I started to go to outside broadcasts I would see our people being mobbed like rock stars.”

SBS radio, like ABC and commercial broadcasters, has its biggest audiences early in the day. “Most people have the best opportunity to listen live in the morning or on the way home. For some of our smaller languages it is appointment listening and there may only be two hours of an African language each week. If it is for example at 9am on a Sunday morning, it will receive a lot of engagement because that is the only time they have in the week. Increasingly people in those communities are also turning to on demand to hear the program.” Lili Zhou from the Mandarin program

The biggest live breakfast shows include programs in Arabic, Mandarin and Italian. “There is a lot of news and current affairs, telling people what they need to know with music and talkback.” She said it is not dissimilar to some ABC breakfast programs. There are no stunts like many FM stations run. “I have tried to get a few in, but no,” she laughed.

No gotcha calls either! “We do run competitions and there is light and shade, it’s not all serious.”

The Arabic breakfast show runs from 6-9am daily, while Mandarin and Italian are two-hour programs.

“We have clear guidelines around what we can do,” explained Wicks. “Within a radio program we can do recorded messages that can be voiced by our broadcasters. But we will not do a live read within program, which is set by our editorial guidelines. Our announcers can’t endorse a product.”

Listen to the Mediaweek podcast with Mandi Wicks here.