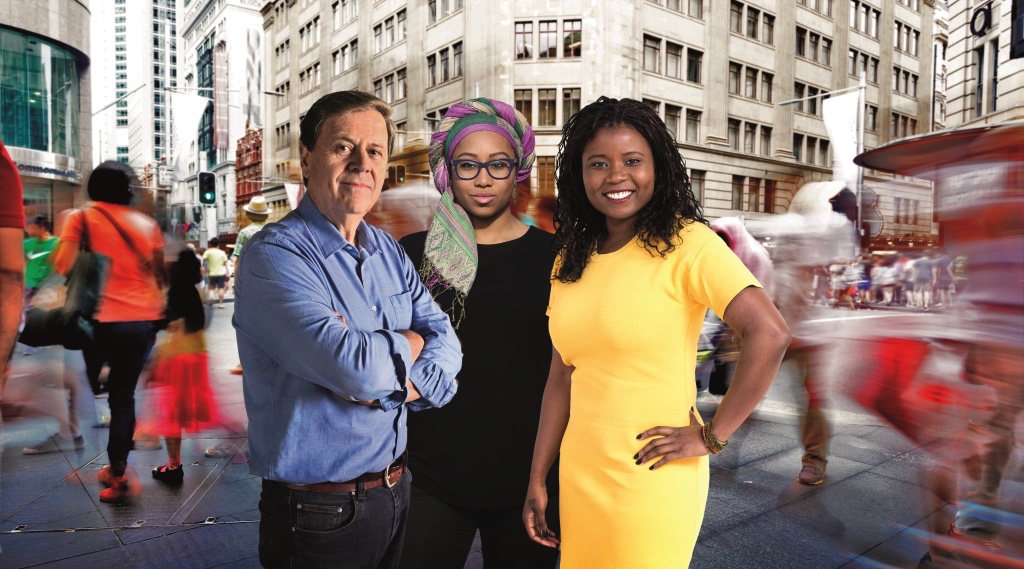 Face Up To Racism week begins on Sunday February 26

SBS has announced a week of special programming for Face Up To Racism week, as well as a national marketing campaign encouraging Australians to “face up to racism”.

Face Up To Racism week begins on SBS on Sunday February 26 at 8.30pm with Ray Martin investigating the question: Is Australia Racist? This one hour documentary puts the survey findings from Western Sydney University into action through a series of hidden camera social experiments, capturing the experience of racism through the eyes of those who have suffered it.

On Monday February 27 at 8.30pm on SBS, Date My Race explores the role race plays in finding love, and reveals Australia’s surprising patterns when it comes to online dating and racial preferences. It’s a personal theme for 30 year old African-Australian journalist and host Santilla Chingaipe (who is on the hunt for love), and asks the question: when looking for love, does having racial preferences amount to racism?

On Wednesday March 1 at 8.30pm, The Truth About Racism uses science to challenge the way we think about racism. Scientists have made breakthroughs in understanding the neuroscience behind racism, and can now detect unconscious racial bias in the brain.

Meanwhile the broadcaster has launched a national marketing campaign promoting Face Up To Racism week. 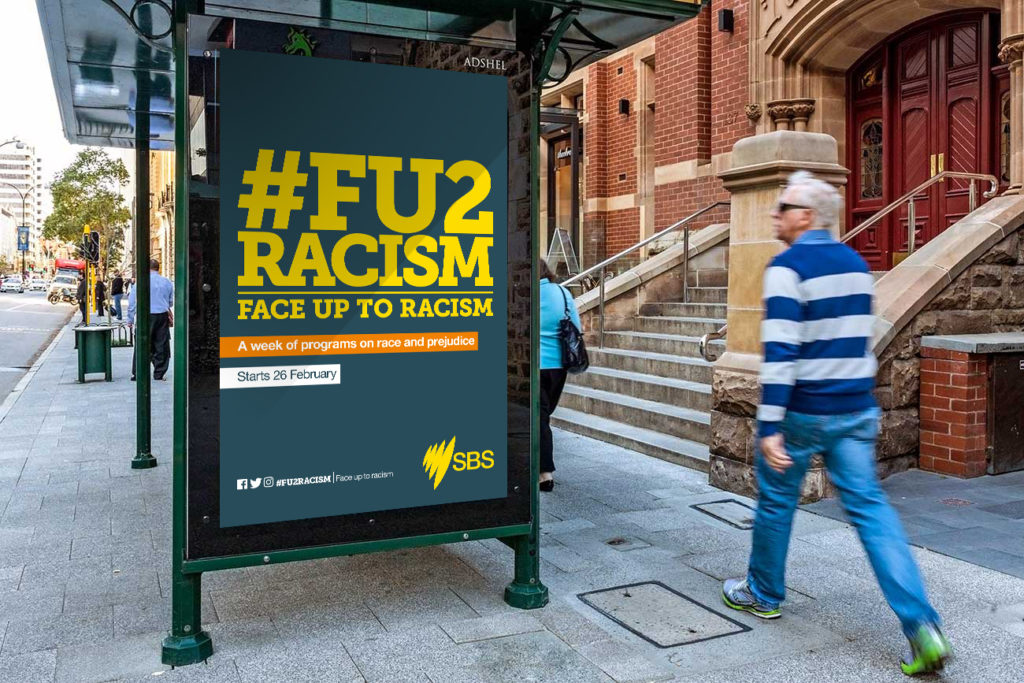 The campaign is inspired by research from one of the biggest ever surveys conducted on racism and prejudice, commissioned by SBS with Western Sydney University, for Is Australia Racist?.

The research found that one in five Australians have experienced racism in the last 12 months. This confronting statistic will feature throughout the campaign designed to highlight the reality of racism experienced by people in Australia today, as well as drive people to tune in to Face Up to Racism week on SBS, and join the discussion online with #FU2Racism.

Amanda McGregor, SBS Director of Marketing, said: “Through Face Up to Racism week, SBS is provoking an important national discussion about racism and prejudice in Australia today, at a time when debate about difference continues to make headlines around the world.

SBS is also encouraging discussion on social media inviting people to share confronting, empowering and inspiring stories of people facing up to racism, and to join the conversation about the topics explored within Face Up to Racism week using the hashtag #FU2Racism.