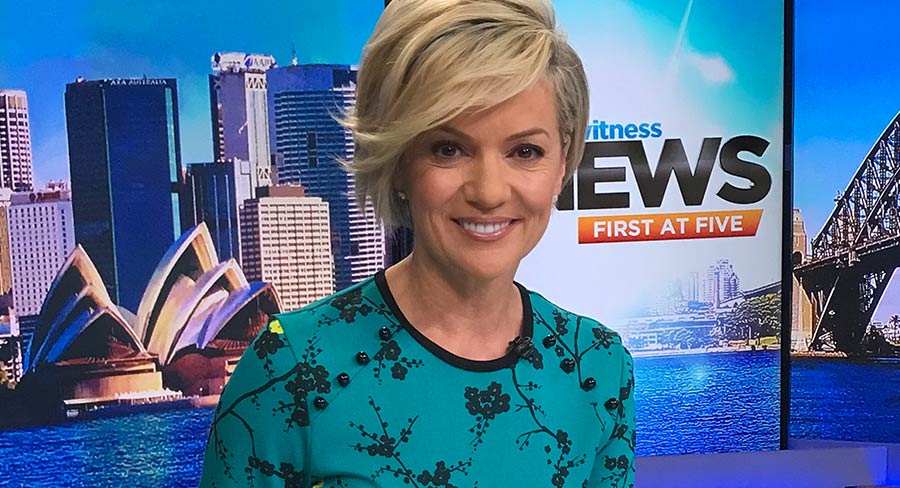 The longtime Network 10 Sydney news anchor Sandra Sully is keeping busy at the broadcaster as she hosts 10 News First each weekday at 5pm in addition to spending some of her workday as a 10 Daily contributing editor.

She takes on extra duties this weekend and she revealed she is about to launch a 10 Speaks podcast too.

10’s digital news and entertainment brand 10 Daily launched in May 2018 and this week has been celebrating its growth over 12 months. The site will soon release its first Nielsen audience data.

Sully will be hosting 10’s election results coverage on Saturday night along with Chris Bath and Hamish Macdonald. “We have got a good team,” Sully told Mediaweek. “We will try and cover the results a little differently, which is our trademark.”

The news anchor has been involved with previous Federal Election results coverage, but this is the first time for a few years that 10 is suspending Saturday night programming for rolling coverage.

Sully was originally managing news editor at 10 Daily, but now she is contributing news editor. “In the planning stages of 10 Daily my role was about making sure that it reflected what we were doing as a broadcaster, but also helping it find its own voice and making sure we embed what we did in broadcasting with the new digital team we were building.”

Sully has been contributing the occasional feature piece for the site too. “When you are doing two jobs it’s hard to find the time to write a lot of features. The big one for me was breaking the Lee Lin Chin story about her leaving SBS, which we reported first on 10 Daily. We announced it before SBS.”

Sully also praised the work of one of her 10 colleagues: “Lisa Wilkinson’s feature items have been terrific too.”

[Wilkinson talks to Mediaweek tomorrow, revealing why she won’t be part of 10’s election night coverage.]

Sully, who has strong digital credentials after being an early social media adopter, had been working with the morning staff at 10 Daily to ensure it had good coverage across the board at the start of the day. “We have a good team now so I am not hands-on as much now.

“Chris Harrison, our editor, is doing a marvellous job. Mel Cornford [managing editor] comes with digital expertise and she has been excellent.”

The 10 Daily strategy was planned before CBS took over Network 10, said Sully. “CBS has a global footprint and it has been great to be able to work with them.”

Sully: “They like it served in a different way. Years ago another news director used to tell us that people on social media were not our audience. I told him that they would be one day. Everybody grows old. You have to be on all platforms to get all the viewers.”

10 Daily launched the weekend of the Royal Wedding back in 2018, with Sully admitting it took the platform a little time to find its feet.

Sully won’t be slowing down any time soon. “Once the election is over I will be launching a podcast series called Agenda through 10 Speaks.” It will be another audio series in addition to The Professor And The Hack from 10 Speaks with Hugh Riminton and Peter Van Onselen.

As to her longevity at 10 and how she feels about the future, Sully said: “I don’t think you stay unless you are challenged and enjoying yourself.”

“I would never criticise the coverage because you can only report on what is available. Compared to a number of other elections it has been quite bland, led by the personalities of the two leaders.”

After making clear she wasn’t advocating betting, Sully noted the bookies have Labor a firm favourite. “When people put their hard-earned dollars on the line it is a very genuine reflection of what they think.”

At to claims of media bias either at the ABC or News Corp, Sully agreed the power of media to change a vote might be over estimated.

“The electorate is far more sophisticated than people give them credit for. People use the media to give them information and then they make up their own minds. I’m not convinced either that any of the debates might have changed anyone’s vote.”