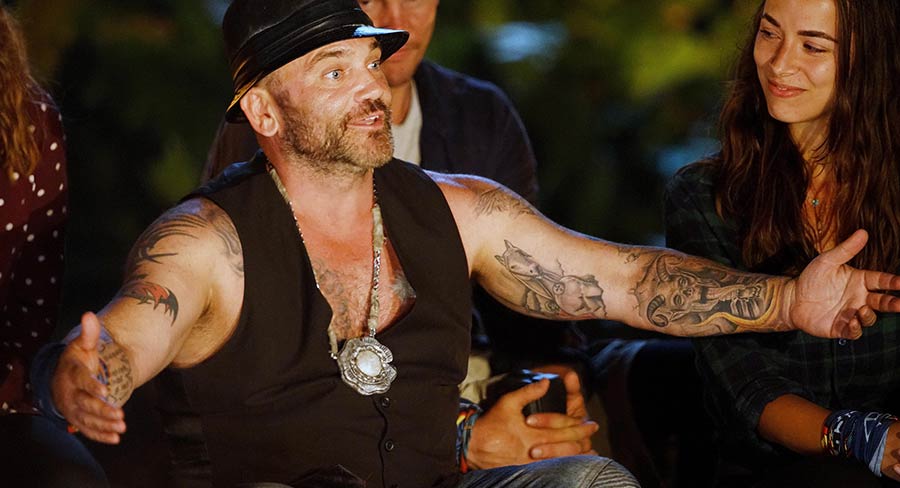 The second 2018 episode of Australian Survivor: Champions vs Contenders was rocked when Russell Hantz, one of its most infamous players, was voted out at just the second tribal council.

Aussies don’t like a big star, and for the second time in two nights a would-be tall poppy was eliminated.

When Survivor USA villain Russell realised he was on the outside of his tribe, he decided to make a massive power move by showing the rest of his team his idol. Shocked, his fellow Champions were forced to contemplate another option for their vote. Confident in his plans, Russell said: “I am the master manipulator. It’s amazing how good I am at this game.” Oh dear…

At the immunity challenge, the two tribes faced a massive relay that involved a sprint through water, a massive climb, dive and shooting hoops. The Contenders streaked ahead early and despite a valiant effort from Steve Willis to catch up for the Champions, the Contenders held on to their lead, giving them their first Immunity win.

Drama bubbled away at the first Tribal Council for the Champions, as rugby league legend Mat and criminal barrister Sharn came forward as natural leaders for the tribe. Wearing his idol proudly around his neck, Russell felt confident in his position in the tribe, despite the taunts from Moana.

After their votes were cast, host Jonathan LaPaglia asked the tribe if anyone had an idol they would like to play. When Russell refused to play the one around his neck, he became vulnerable to the result.

A tied-vote between Russell and poker player Jackie sent the tribe back to the voting urn where an overwhelming number decided to send the Texan home.