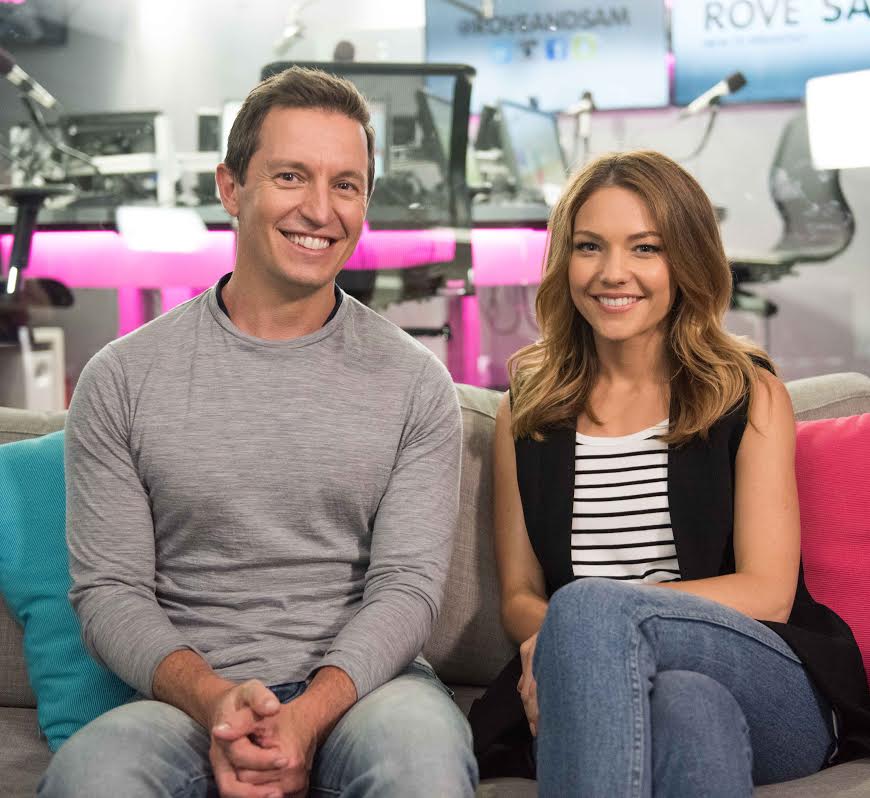 Southern Cross Austereo has confirmed their support for the Rove McManus and Sam Frost breakfast show with the news 2Day FM’s Rove and Sam are set to take on the airwaves across the nation, each weeknight from 7pm-8pm on the Hit Network.

Commencing on Tuesday 26th April, the program will be brand new to all markets outside of Sydney, featuring a mashup of the best content delivered by the hosts from that day’s Sydney breakfast show.

Rove and Sam will go to air across Australia after Hamish and Andy and be followed by the Hit 30 with Emma Freedman and Angus O’Loughlin at 8pm, now providing listeners with three consecutive national weeknight shows.

Hit Network head of content, Gemma Fordham said, “Rove and Sam is a show that is authentic, funny and very real. The decision to spread the love of Rove and Sam, across the country, is due to the positive response the breakfast show is receiving.

Rove and Sam is one of our top podcasts weekly, giving us strong evidence that markets outside of Sydney are keen to be part of this show. We are delighted to now deliver this great audio content nation-wide, weeknights from 7-8pm on 54 stations in the Hit Network.”

With the Hit Network’s Hits and Old School music format the #1 music format with 18 – 39s and it’s very popular RnB Fridays, this new national program just adds to the reasons why the Hit Network is also the #1 commercial radio network in Australia for people 18-39 year olds.

Read more:
Gemma Fordham talking about this week’s ratings for the Hit Network stations including commentary on Rove and Sam.
Listen to former SCA national head of content Craig Bruce on the evolution of the Hit Network, Rove and Sam and the reasons they go big with RnB Fridays.