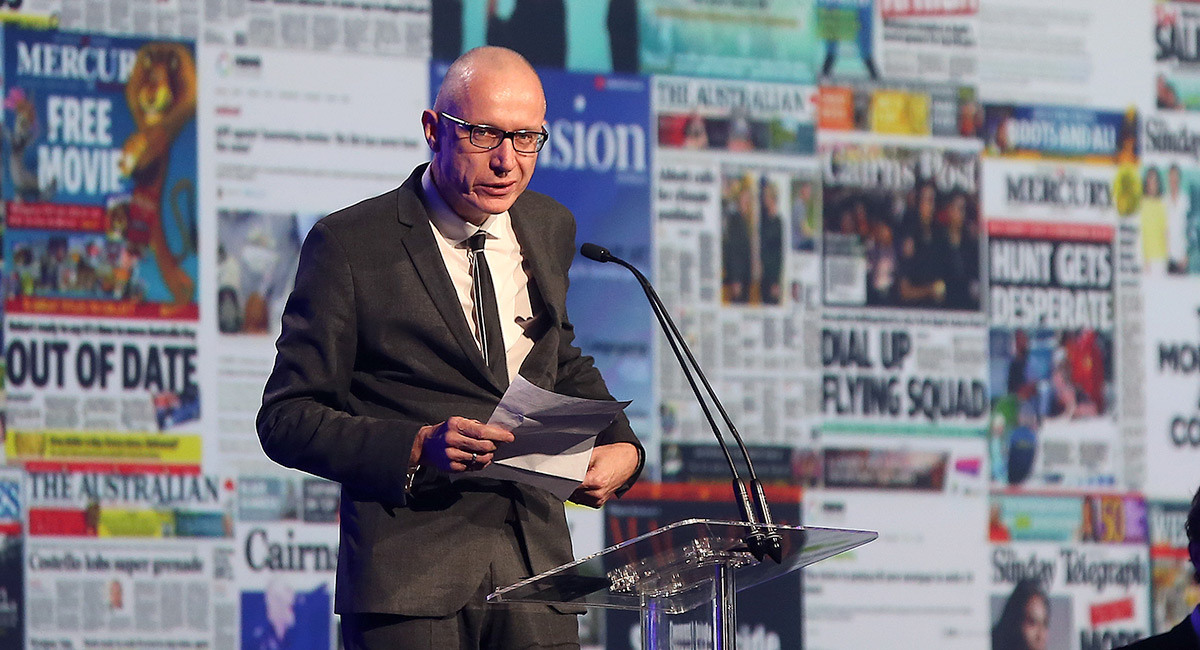 News Corp has agreed to buy digital-first financial news and research publisher Investor’s Business Daily for $US275 million, a deal that will further expand the company’s portfolio of publications catering to investors, reports The Wall Street Journal‘s Jeffrey A Trachtenberg and Colin Kellaher.

The New York media company said its Dow Jones unit, which publishes The Wall Street Journal, MarketWatch and Barron’s, would operate Investor’s Business Daily. Investor’s Business Daily will continue to exist as a stand-alone brand. The publication, which News Corp is buying from O’Neil Capital Management, has nearly 100,000 digital subscribers across its platforms, News Corp said.

News Corp chief executive Robert Thomson said Investor’s Business Daily has “done a better job than most” in migrating from print to digital, noting that 90 per cent of its revenue comes from its digital operations.

The CEO of Bruce Gordon’s WIN Corp has joined the board of Nine Entertainment, replacing former Fairfax Media director Patrick Allaway, who announced he would be leaving the board in April, reports AFR‘s Miranda Ward.

Andrew Lancaster will join the board as a non-executive director from April 1. He is the CEO of Bruce Gordon’s private investment company, Birketu, as well as WIN Corp.

Gordon is Nine’s biggest shareholder and had been pushing for a seat on the board, with Lancaster to have probably taken the role to represent the 92-year-old.

Jessica Rowe and her teenage daughter have been left “rattled” but unharmed after escaping a terrifying car fire in Sydney’s eastern suburbs this afternoon, report News Corp’s Joanna Panagopoulos and Kate Lockley.

Rowe’s manager, David Wilson of Watercooler Talent, said the veteran TV star was picking her daughter, 14, up from school on Thursday when a school bus driver noticed smoke billowing from her vehicle.

Danielle Belton, who led The Root for the last five years, will take over the top job at HuffPost next month, filling a role that has sat empty for more than a year, reports The New York Times‘ Katie Robertson.

Belton’s appointment was announced Wednesday by Jonah Peretti, the chief executive of BuzzFeed, which acquired HuffPost in February.

Medium, the website that gives individual writers a platform and in recent years started its own online magazines, offered voluntary buyouts to all of its editorial staff on Tuesday as it announced it was scaling back its journalism, reports The New York Times‘ Katie Robertson.

During a monthly all-hands meeting conducted by videoconference, the staff members were also told that Siobhan O’Connor, the vice president for editorial since 2018, would be leaving the company.

Evan Williams, a Twitter co-founder who started Medium in 2012, explained in a long email to the staff after the meeting that Medium was “making some changes” to its publishing strategy. He said Medium would reduce the budgets of the publications run by the company and redirect resources to supporting independent writers on the platform.

‘How could they live with themselves?’: Furious audience member confronts anti-lockdown panellists

Two prominent anti-lockdown critics have been confronted by an angry audience member on the ABC’s Q&A asking them how they can “live with themselves” for their comments during the pandemic last year, reports News Corp’s Frank Chung.

Both have argued that lockdowns do more harm than good.

In a video question, Ihlein said the pair had suggested “when people get to 60 their life is pretty much done” and that the “first time I clapped eyes” on Foster “I burst into tears”.