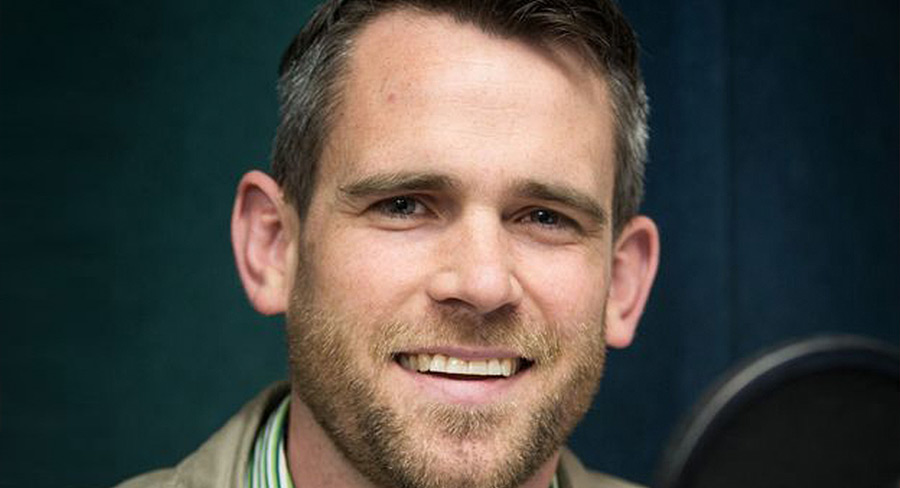 How Aussie Alex Perrottet crossed the Tasman for media career.

There are plenty of Australians in management roles for Kiwi media, but few have on-air roles.

Alex Perrottet is new to New Zealand – and to journalism – but is establishing a profile regularly filling in on two Radio New Zealand shows.

Back in 2010 Perrottet threw in his job as a lawyer to devote himself to his two abiding interests. The first was linked to a passion he had back at secondary school – he was fascinated by media.

He says the second was that he wanted to learn more about the developing world, the Pacific and the people who lived there.

He came to New Zealand to retrain with a master’s degree in communications at AUT (Auckland University of Technology), and drifted into the Pacific Media Centre. He made swift progress after he joined Radio New Zealand International in 2012.

In 2016, he moved into the mainstream, appointed Auckland producer for high-profile new breakfast show Morning Report covering Auckland. The city has one-third of the country’s population but the State broadcaster has traditionally struggled to cut through in the heavily contested city. There have been signs of progress and RNZ has been putting resources into its Auckland newsroom.

More recently that producer role, preparing Auckland based co-host Guyon Espiner alongside Wellington-based Susie Ferguson, has expanded for Perrottet. Though a relative newcomer to the hierarchy, he has taken an on-air role. He regularly fills in for Espiner and for John Campbell, the host on the heavily promoted evening current affairs show Checkpoint – not bad for a recent Aussie import and journalist newcomer who only joined RNZ four years ago, and joined Morning Report in 2016.

Perrottet has a genuine affection for the Pacific, for New Zealand and for New Zealanders, who he said have a default setting for “kindliness”. He has never worked in Australian media, so he said he can’t compare them.

But he is open about coming here in part because it was much easier to get into journalism than it was in Australia. When he first started studying at university, people asked why he was going against the flow of Kiwis moving to the bigger markets in Australia.

Older and established journalists came to NZ for career reasons as well. Anthony Flannery and Heaton Dyer were appointed heads of news and current affairs at TVNZ.

New Zealanders can be sensitive about the differences in Aussie accents, and the “branch office” connotations they imply.

Perrottet says he schooled himself over the obvious transgression – saying fush and chups, instead of what Kiwis hear as the Australian “feesh and cheeps”.

The pronunciation of the letter A grated more with Kiwis, and he uses the softer vowel sounds for “chance” and “advance”.

He has also gone on-air amidst a push for video in news studios, and he has learned to be camera friendly.

“I have never had a job in TV – and this is not really TV,” he told Mediaweek.

“But there are basic skills sitting right at the table and making sure your foot is in the right place to scroll the autocue.

“It was a steep learning curve when I started in the fill-in role,” Perrottet said.

He still has an abiding interest in Pacific communities and has covered cyclones. He said there is a strong affection for RNZ operations amongst locals, who appreciate the interest and that RNZ some has more freedom than local media do. This is especially the case with Australia pulling out of shortwave from the Pacific with Chinese taking over the frequencies.

He is keen to cover the upcoming general election in Fiji with Sitiveni Rabuka up against Frank Bainimarama.