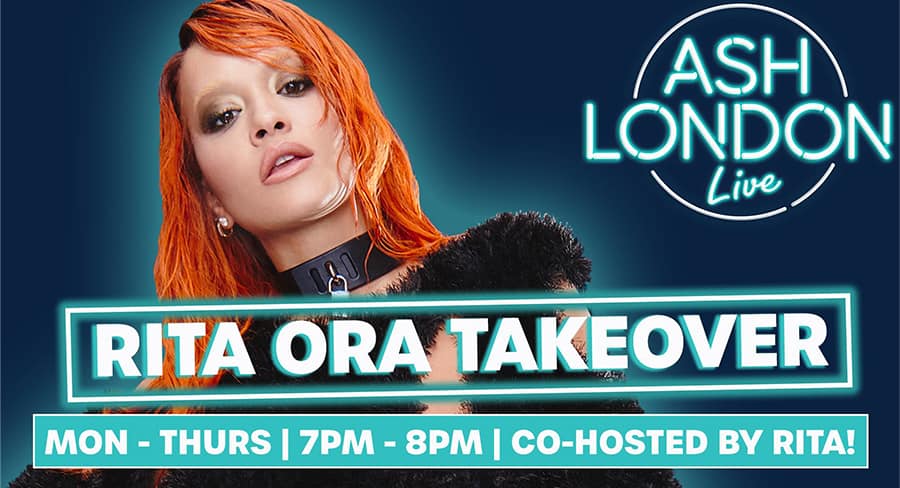 Sitting down with Hit’s music guru Ash London, Rita will take over the microphone after coming straight off the stage from the Sydney Gay and Lesbian Mardi Gras, along with other acts on the night including soulful electronic duo Electric Fields, ARIA Award-winning art-pop songwriter Montaigne and indie pop darling G Flip.

Commenting on her co-hosting the show, Rita said: “I feel like we’re just chatting, it’s so lovely. Australia is the best and I like being on the radio, it’s very intimate.”

“I was so excited when she agreed to do a full week co-host. I can only imagine that next we will start holidaying together on remote tropical islands. I mean… I assume,” she said.

Since her rise to prominence in 2012, Rita Ora has sold seven million singles, had 13 top ten hits and recorded a number one platinum-selling debut album with Ora. Number-one singles Hot Right Now and How We Do (Party) established her as a household name and kept her atop the UK charts. She became the artist with the most number-one singles on the UK singles chart that year, with three consecutive releases reaching the top position.

Last month Rita Ora released her latest EP Bang and is currently in Australia filming the 2021 season of The Voice where she will feature as a coach alongside Guy Sebastian, Jessica Mauboy and Keith Urban.

Rita Ora’s take over on the Hit Network’s Ash London Live airs from Monday to Thursday this week from 7pm.