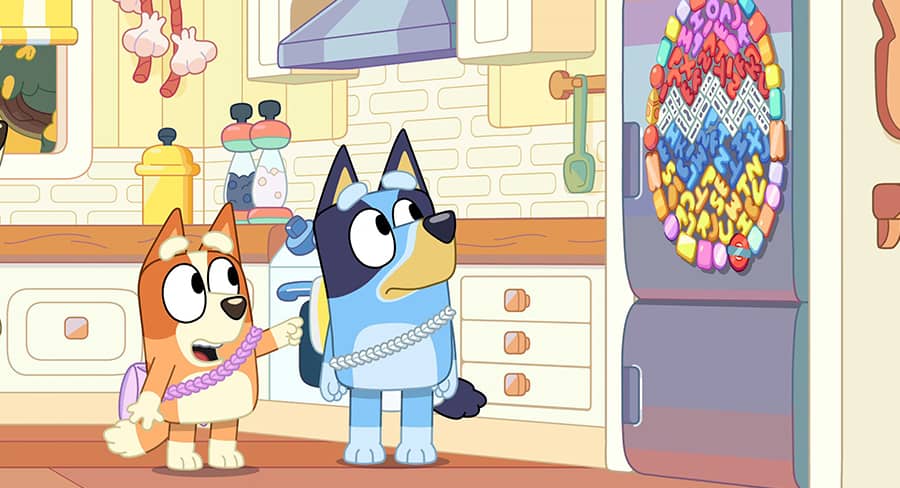 • Bluey is still the #1 children’s program in Australia

A brand new eggsellent Bluey Easter Special will premiere at 8am Sunday 4 April on ABC Kids and ABC iview.

It’s the night before Easter in this special episode and Bluey and Bingo are worried the Easter bunny is going to forget about them like last year. Mum and Dad reassure the girls but when they wake up to no chocolate eggs, Bingo fears the worst. Luckily Bluey finds a series of clues and a treasure hunt throughout the house begins.

The Easter special comes after a successful Christmas special from December. The episode Christmas Swim is the highest rated ABC television episode across all broadcast content, since 2007. The evening ‘same-day’ encore of Christmas Swim, broadcast on 1st Dec 2020 and with a combined metro & regional audience of 2.566 million, and has been the highest rated single episode, across all ABC television since the infamous The Chaser’s War on Everything APEC prank episode in 2007.

“ABC Children’s congratulates the Ludo team on the brilliant creativity and heart they bring to Australia’s most beloved program. Bluey continues to smash ratings records with each new episode as the team works on Series 3 for release later this year. We wish all Australians an enjoyable Easter with this gorgeous Easter treat,” said Libbie Doherty, head of ABC children’s production.